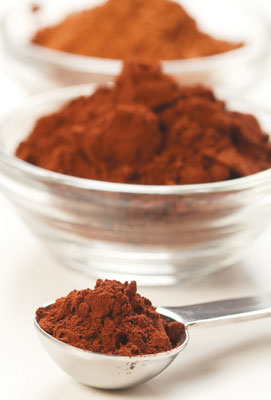 According to a 2014 AARP study, brain health is the second most important component in maintaining a healthy lifestyle, after heart health. As the population ages, people are at an increased risk of experiencing cognitive issues such as decreased critical thinking, slower reaction time and recall, dementia, and Alzheimer’s disease. In fact, according to The Alzheimer’s Association (alz.org/facts), one in nine Americans aged 65 and older has the disease and in 2050, an American will develop the disease every 33 seconds.

Keeping both mentally and physically active is key to brain health. Nutrition may play a role as well. Here is a look at some ingredients and supplements that may help protect and sharpen aging brains.

Cocoa Flavanols
Cocoa flavanols have been linked to improved circulation and heart health, and preliminary research is showing a possible connection to memory improvement.

Brickman et al. (2014) showed that a specific part of the brain, the dentate gyrus, is potentially associated with age-related memory decline, and that dietary cocoa flavanols may help improve the function of this region. The study involved 37 healthy subjects, aged 50–69, who were randomized to receive either a high-flavanol diet (900 mg/day) or a low-flavanol diet (10 mg/day) for three months. A cocoa flavanol–containing test drink was prepared by Mars, Germantown, Md. (marscocoascience.com), for the study.

Using brain imaging and memory tests, the researchers found noticeable improvements in the function of the dentate gyrus in those who consumed the high-flavanol drink. Those subjects also performed significantly better on the memory test.

The researchers report that there was a positive impact of the intervention on specific aspects of cognitive function. The high- and intermediate-flavanol beverages were produced using Mars’ patented Cocoapro process, while the low-flavanol beverages was made with a highly processed, alkalized cocoa powder.

Phosphatidylserine and Phosphatidic Acid
Two pilot studies show that a combination of phosphatidylserine (PS) and phosphatidic acid (PA) can help benefit memory, mood, and cognitive function in the elderly (Lonza, 2014). PS is an important structural component of cell membranes and is found in concentrated amounts in brain cells.

Lonza, Allendale, N.J. (lonza.com), offers MemreePlus, a proprietary combination of PS and PA. Since 2011, Lonza and PS supplier Lipogen LTD have worked together under an exclusive distribution agreement to offer Lipogen’s PS ingredients as Lonza MemreePS ingredient. The two previously unpublished, early pilot studies funded by Lipogen used a combination of 100 mg of PS and 80 mg of PA three times per day.

The first study, a three-month-long, double-blind, placebo-controlled study on the effects of PS and PA on 72 functioning, nondepressive elderly subjects with memory problems, demonstrated a statistically significant positive influence of PS and PA on memory, mood, and cognition in pre-post comparison.

The second study, a two-month-long, randomized, double-blind, placebo-controlled study on the effects of PS and PA on 96 subjects with Alzheimer’s disease, demonstrated a significant stabilizing effect of PS and PA on daily functioning, when comparing both groups. 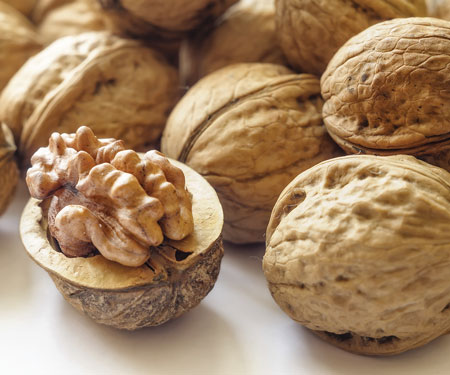 Walnuts
Walnuts are known for their heart health benefits, being a source of the omega-3 fatty acid alpha-linolenic acid (ALA). Researchers are also studying the effects of walnuts on brain function. Muthaiyah et al. (2014) suggested that dietary supplementation with walnuts may have a beneficial effect in reducing the risk, delaying the onset, or slowing the progression of Alzheimer’s disease.

The researchers analyzed the effect of dietary supplementation with walnuts on learning skills, memory, anxiety, locomotor activity, and motor coordination in the Tg2576 transgenic (tg) mouse model of Alzheimer’s disease (AD-tg). The experimental groups of AD-tg mice were fed custom-mixed diets containing 6% walnuts or 9% walnuts, i.e., equivalent to 1 oz or 1.5 oz, respectively, of walnuts per day in humans. The AD-tg mice receiving the diets with 6% or 9% walnuts showed a significant improvement in memory, learning ability, anxiety, and motor development compared to the AD-tg mice on the control diet.

Citicoline
Citicoline is a natural substance found in the body’s cells. It supplies precursors for the synthesis of phospholipids, including phosphatidyl choline, a major constituent of brain tissue; helps maintain normal levels of acetylcholine, a chemical that regulates memory and cognitive function; enhances communication between neurons; and protects neural structures from free radical damage, according to Kyowa Hakko USA, New York (kyowa-usa.com).

The study included 349 subjects with a mean age of 79.9. The subjects, who complained of memory lapses but showed no signs of brain damage or Alzheimer’s disease, were given 500 mg of Cognizin. Their memory was tested at three, six, and nine months and then compared to tests given to a control group taking no supplements. A significant difference was found between the subjects in the experimental group and control group at both three and six months. The subjects were given a series of questions called the Mini Mental State Examination. The scores for subjects in the control group declined significantly while the scores of those given citicoline remained at baseline, indicating that citicoline has neuroprotective effects.

Choline
Choline, which is associated with liver health and women’s health, is a precursor to the neurotransmitter acetylcholine and functions as part of phosphatidylcholine, a structural component of all cell membranes. Choline is important to the integrity of the communication systems for cells within the brain and rest of the body, according to the Choline Information Council, Escondido, Calif. (thecholineinformationcouncil.com).

Choline may also support the brain during aging and help prevent changes in brain chemistry that result in cognitive decline and failure. Meck et al. (2007) demonstrated that the availability of choline during critical periods of brain development influenced cognitive performance in adulthood and old age, and emphasized the importance of perinatal nutrition for successful cognitive aging.

Magnesium
Magnesium is related to brain health, and supplements are sometimes recommended for those who experience serious concussions. Magtein from AIDP, City of Industry, Calif. (aidp.com, magtein.com), is magnesium L-threonate, a unique form of magnesium. Animal studies have shown it to improve memory, recognition, and learning. The studies have also shown it to help maintain the health of the neuron cells and increase neural plasticity. Magtein delivers multiple benefits due to its ability to easily cross the blood brain barrier and increase brain synapses, according to AIDP. 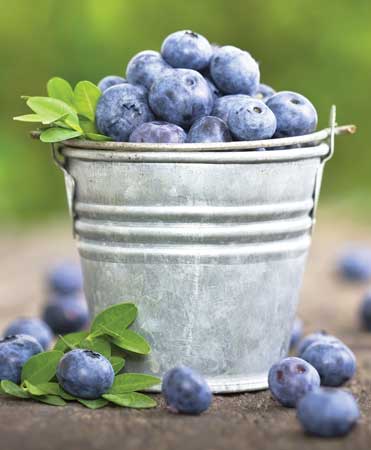 Blueberries
Blueberries are known to have high antioxidant and anti-inflammatory activity, boasting a high concentration of anthocyanins.

Krikorian et al. (2010) suggested that moderate-term blueberry supplementation can offer neurocognitive benefits. The researchers noted that anthocyanins have been associated with increased neuronal signaling in brain centers, mediating memory function as well as improved glucose disposal, benefits that would be expected to mitigate neurodegeneration. The researchers investigated the effects of daily consumption of wild blueberry juice on a sample of nine older adults with early memory changes. At 12 weeks, improved paired-associate learning and word list recall were observed.

In a 12-week randomized, double-blind, placebo-controlled study in adults with age-associated memory impairment, those who took Neumentix showed better overall quality of working memory compared to subjects who took a placebo (Kemin, 2014). The data suggested that Neumentix helps to improve cognitive performance in adults.

www.ift.org
Members Only: Read more about ingredients that may help protect the aging brain online at www.ift.org. Type the keywords into the search box at the upper right side of the home page.