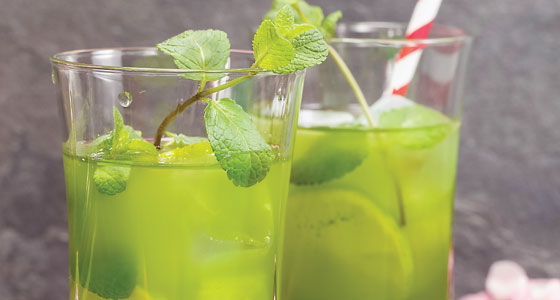 RFI Ingredients’ “from field to formula,” Richardson International’s “healthier ingredients that are down to earth,” and Bunge’s “tastewise, healthwise, earthwise” description of its algae-based ingredients were just some of the corporate catchphrases that exemplified the mood and new market opportunities at the IFT15 annual event. The desire to produce a cleaner food/beverage label by removing chemical additives, shortening the ingredient list, and substituting more real, familiar, or minimally processed ingredients was among the dominant mega-trends reflected at the food expo and within scientific and applied session presentations.

ADM introduced a new naturally derived cocoa powder with the same color/taste as an alkalized version. California Natural Products offered natural, organic and/or non genetically modified (GM) rice, tapioca, and potato syrups; water is the only solvent used, heat the only preservative process. Watson Foods has positioned itself as “the clean label company.”

While the clean label symposium was one of the best attended in Chicago, and both Mintel and Innova Market Insights named clean label a top trend, there appeared to be a great deal of misunderstanding of what the term really means to consumers, the priorities within clean label, and the extent of its consumer appeal.

The number of consumers who are avoiding GM products nearly doubled over last year—climbing to 40% in 2015 versus 22% in 2014, according to the Food Marketing Institute’s (FMI) 2015 U.S. Grocery Shopper Trends report. So it’s not surprising that non-GM ingredients were another major focus at IFT15.

“Made in the USA” claims—which have a positive purchase influence on nine in 10 food shoppers, per FMI—is another fast-emerging ingredient trend. Wan Ja Shan International’s organic Asian soy sauces are touted as being handcrafted and brewed in New York’s Hudson Valley. Super Beta Glucan’s Immulink MBG claims to be the “best source of beta-glucan made in the USA.”

With one-third of food shoppers defining local as made within their state and 55% of shoppers making a strong effort to buy more local foods/ingredients, it’s also not surprising that exhibitors touting foods from Iowa farmers, Oregon cherries, and Wisconsin cranberries had booths that overflowed with visitors.

Third-party certifications—from Non-GMO Product Verified to kosher—were also a growing presence on the exhibit floor. Clean ingredient sourcing was a key attribute. Every custom formula from FutureCeuticals comes with its own unique “ID Verified” symbol.

Flower pollen extracts from Graminex LLC, which are said to have a higher ORAC antioxidant value than blueberry, kale, or pomegranate, and mankai, a plant leaf that can be used to enhance the protein and iron levels of foods, were among the trendsetting plant-based ingredients. BI Ingredients featured cherry limeade made with an extract from guayusa, a South American plant that is high in caffeine.

International Influences
According to Mintel’s “Flavor Tourism” presentation, hybrid cuisines and spicy flavors are becoming the norm. In 2014 chili was an ingredient in one-quarter of new global seasoning launches.

The practice of boosting a product’s nutritional value by the addition of naturally sourced whole foods/components (e.g., fruits, vegetables, juices, phytochemicals, or grains in concentrated forms with or without flavor) has become the latest spin-off trend from the naturally functional movement.

Nutrition-packed powders/concentrates and freeze-dried/pulverized fruits and vegetables naturally high in antioxidants, coenzymes, vitamins, minerals, and fibers were rampant on the expo floor. Choline, potassium, and magnesium were the hot “must have” nutrients at this year’s show. Marine sources of nutrients (e.g., seaweed) are another hot trend from IFT15.

With more than half (53%) of consumers trying to get more protein, according to the International Food Information Council Foundation’s 2015 Food & Health Survey, it should be no surprise that protein remained in the spotlight. And plant-based sources, including pea, almond, microalgae, and fava bean, were especially highprofile. Virginia Dare sampled a Chai Vegan Protein Shake. 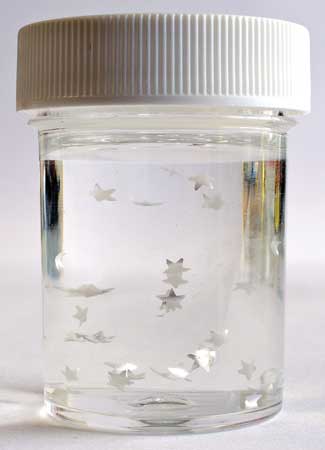 Watson’s energy beverage with floating stars was a real showstopper. Formulated without caffeine, the beverage contained B vitamins—niacin, pyridoxine, vitamin B12, pantothenic acid, biotin, and folic acid. Watson Edible Glitter is made from insoluble agar film and won’t dissolve or leak color in a drink.

Naturally Sweet
Finding more natural ways of sweetening foods is a priority for product developers in light of proposed North American label changes for sugar. In addition, according to a Mintel presentation titled “Consumers Souring on Sweet,” 70% of Americans who use sugar/sugar substitutes are concerned about their health effects.

Free-from was yet another emerging, although niche, trend in Chicago. Interest in gluten-free appears to be greatly diminished versus the past few years. According to Innova Market Insights, vegan is the fastest-growing free-from claim in new food product introductions globally. It is followed by free-from claims for lactose, gluten, and eggs.

BASF set the functional prototype pace at IFT15 with a heart-healthy almond milk made with plant sterols, a Smart Crunch granola plus DHA, and a protein meal replacement drink with added Tonalin conjugated linoleic acid for maintaining lean muscle mass.

Inner beauty concepts such as Spain’s Beauty & Go drinks made with “macro antioxidants” from the skin of fruit in Anti-Aging, Radiance, Vitality, and Detox varieties got unprecedented attendee attention. Eye health, blood sugar/diabetes, energy, sports nutrition, and mood/relaxation were other functional areas of interest.

10 Critical Clean Label Considerations
➊ Clean label is not yet a consumer term. Half (47%) of consumers have never heard of it, and 37% have heard about it but don’t understand it (Nutrition Business Journal 2014). Forty percent of adults used the information on the ingredient label, down 12% versus 2014 (IFIC, Food & Health Survey 2015).

➏ Nearly three-quarters of consumers (71%) find the idea that a product is made with the fewest number of ingredients very/somewhat appealing; 60% want recognizable nutrients (Hartman Group, Reimagining Health & Nutrition 2013).

➑ Heavy clean label purchasers are likely to be aged 50-plus. Avoiding chemical additives/colors is the clean label descriptive term that would greatly influence purchase by those aged 50-plus as well as low sugar/low sodium (Gallup Study of Clean Food & Beverage Labels 2013).

➓ There is a new hierarchy of consumers in terms of label terms sought by primary grocery shoppers for the household. No artificial ingredients is sought by 37% of shoppers in 2015, followed by 35% who seek no preservatives, reports FMI.