Freeze-drying is a very gentle dehydration process used for preservation of high quality foods. The history and market for this technology will be reviewed in this month’s column, as will the science. Applications will be discussed as well.

The History and Market
Freeze-drying was invented by Jacques-Arsene d’Arsonval at the College de France in Paris in 1906. Later, during World War II, it was widely implemented to preserve blood serum. Since then freeze-drying has become one of the most important processes for preservation of heat-sensitive biological materials. During the 1950s, industrial freeze-drying of foods began. Freeze-drying is currently used as a preservation method for foods, pharma-ceuticals, and a wide range of other products.

The Basic Science and Associated Benefits
Lyophilization is the technical term for freeze-drying. Freeze-drying is the process by which the solvent (usually water) and/or suspension medium is crystallized at low temperature and removed by sublimation. Sublimation is the direct transition of water from solid state to gaseous state without melting. 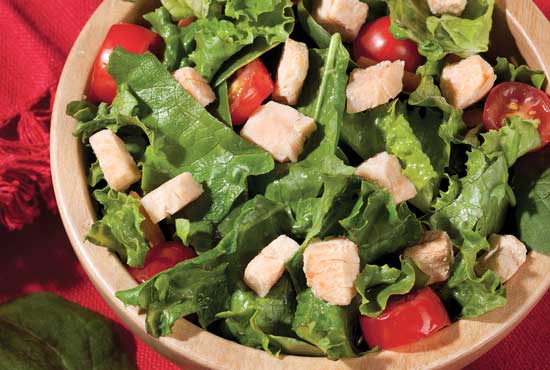 There are three stages in the process: freezing, sublimation drying, and desorption drying. The freezing phase is the most critical in the entire freeze-drying process. It is important to freeze foods rapidly in order to avoid the formation of large ice crystals, which deteriorate the final product quality. During the primary drying phase, the pressure is lowered through the application of a high vacuum, and heat is applied to provide the energy needed for the ice to sublime. This initial drying phase removes about 95% of the water present in the food. This slow step can take anywhere from several hours to two days. Application of too much heat during this phase could result in a loss in final product quality.

Another component of the primary drying process is condensation of the sublimed water vapor. Sublimation accounts for about 45% of the total energy consumption for the process, while application of vacuum and condensation each represent about 25% of the total energy consumption (Ratti 2001). A secondary drying phase is then needed to remove unfrozen water molecules remaining after primary drying. During this phase, the temperature is raised higher than in the primary drying phase in order to vaporize the water molecules. Pressure is frequently lowered during this phase, but not in all cases.

The final freeze-dried food typically contains between 1% and 4% moisture. Final food products are nitrogen sealed and packed in polybags or cans. They can be stored between 6 months and 3 years in polybags and 25 years or longer in cans.

Freeze-dried foods possess superior quality as compared with food dehydrated by other methods. The high quality is due to the absence of a liquid phase, as well as the low temperature of the process. Freeze-drying preserves flavor, color, and appearance, while minimizing thermal damage to heat-sensitive nutrients. In addition, the texture is well preserved due to the process occurring in solid state. Freeze-dried products are typically crisper and have rehydration ratios four to six times higher than conventional air-dried foods. Other key benefits of freeze-drying include the high recovery of volatiles, retention of structure and surface area, high yield, long shelf life, and reduced weight for storage, shipping, and handling.

Both continuous and batch freeze-dryers are commercially available. Batch dryers with capacities ranging from 100 kg to 1,500 kg per batch are common. There are two basic types of continuous freeze-dryers: 1) tray dryers in which the product is stationary on a tray and 2) tray dryers where the trays move through the dryer tunnel with locks for introducing and removing food without breaking the vacuum. In addition, dynamic or tray-less dryers can be used, in which the product is moved through the dryer by some means other than a tray, including belt, circular plate, and vibratory dryers.

Industrial freeze-drying is practiced through three types of commercial arrangements. The first is through large-scale, in-house freezing operations that typically only process one or very few products. Alternately, small to moderate in-house freeze-drying can be performed to produce a range of freeze-dried ingredients that are then combined to make the final commercial products, such as soups. Third, copacking freeze-drying facilities can custom freeze-dry foods for third parties. 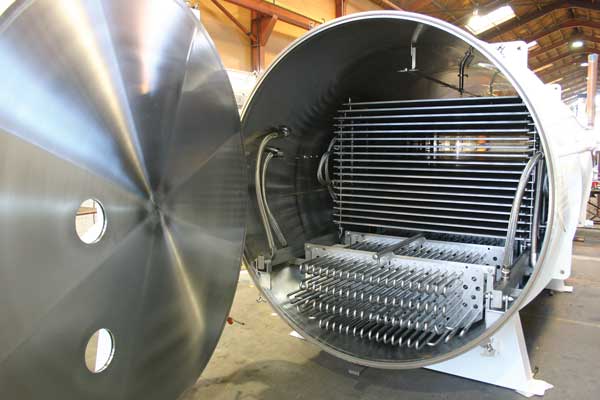 Commercial Applications in Food Processing
Some foods freeze-dry very well, but not all food is suitable for freeze-drying. Freeze-drying is commonly used for coffee, fruit, juice, vegetables, herbs, food flavorings, fish, seafood, eggs, and dairy. Individual food types can be freeze-dried, as can dishes with multiple ingredients, such as stews or soups. As a result, freeze-dried foods can be used for backpacking, camping, military rations, survival food storage, and space exploration. Generally, larger-sized foods (such as fruit or meat) need to be cut into smaller pieces prior to freeze-drying. Thermally sensitive materials, such as fruits, are good candidates for freeze-drying. These have become popular as snacks and ingredients in other foods, such as breakfast cereals. Meat and seafood require cooking before freeze-drying. For some foods, freeze-drying is not cost-effective.

Freeze-Drying Forecast
The cost of freeze-drying remains the greatest challenge around increased commercial implementation of this remarkable technology. Future advances will likely focus on this challenge. Pretreatments are one approach to reducing costs. Pretreatments, such as osmotic dehydration, ultrasound treatment, and infrared heating, have all shown potential to save energy and cost. In addition, final product quality can be improved through infrared pretreatment. Replacement of the heating source with microwaves or use of spray nozzles in the drying chamber also offer promise to reduce the cost of freeze-drying. Advances in these areas are expected to support a solid future for freeze-drying.