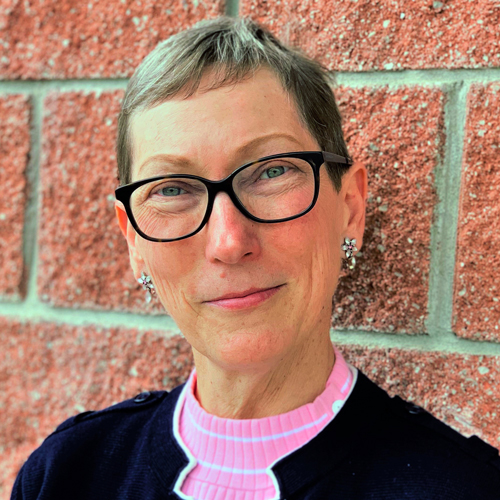 Venison, boar, rabbit, and game birds were the trending meats forecast by the National Restaurant Association (NRA) for 2018. For 2019, the NRA predicted locally sourced meats and seafood would be trends. Part of the thrill of dining out is trying new and exotic dishes; wild game can be both local and exotic, which partially explains the growing popularity of game meat in restaurants and grocery stores. But there are health claims associated with nontraditional meats such as bison and alligator. Like perishable farmed meat, wild game requires certain handling procedures to prevent the growth of harmful bacteria such as Salmonella and Escherichia coli O157:H7. Because their environment is less controlled than farmed animals, wild animals are also subject to parasites, viruses, prions, and other hazards not found in farmed meats.

There are disease outbreaks associated with wild game. A notable outbreak involved squirrel brains, a local delicacy in Kentucky. In 1997, doctors warned hunters and their families not to eat the local delicacy due to the possibility that it might contain a variant of bovine spongiform encephalopathy (mad cow disease), which can be fatal to humans. Other wild animals such as deer, elk, rodents, and mink are also known to carry variants of transmissible spongiform encephalopathies (Blakeslee 1997). In the upper midwestern United States, chronic wasting disease is decimating wild deer herds. Limited investigations have not uncovered strong evidence for transmissions to humans (Belay et al. 2004). From February 2019 to April 2019, the Centers for Disease Control and Prevention (CDC) reported an outbreak of Shiga-toxin E. coli strains O103 and O121 in ground bison from a Canadian distributor. The CDC has also reported brucellosis in elk, bison, and free-range cattle in the greater Yellowstone area. Caused by Brucella abortus, brucellosis is a zoonotic disease that can produce recurrent fever, joint and back pain, influenza-like symptoms, and arthritis in humans (Rhyan et al. 2012). Trichinella is an infection caused by eating undercooked meat containing larvae of the parasitic worm Trichinella spiralis. The larvae are found in various game meats, including wild boar, bear, walrus, and other carnivorous game (CDC 1988). In January 2020, dozens of hunters in Italy and their relatives and friends became ill with trichinella after they consumed wild boar meat (Anonymous 2020). Parasitic worms and neurotoxins are often found in wild fish species. And bush meat from primates can transmit zoonotic diseases to humans who consume the meat or use unsafe slaughter practices.

For wild animals that can be hunted legally, it is impossible to know whether meat harvested from a hunted game animal is adulterated without a prior inspection.

The U.S. Department of Agriculture (USDA) describes farmed meats as amenable, which can be defined as “accountable to a higher authority” (Cornell 2012); in this case, the higher authority is the USDA Food Safety Inspection Service (FSIS), which oversees the inspection of beef, chicken, and pork. Amenable livestock includes all cattle, sheep, goats, swine, and equine. These species are specifically mentioned in the Federal Meat Inspection Act (FMIA). Poultry such as chickens, turkeys, ducks, geese, guinea fowl, ostrich, emus, rhea, and squab are amenable and are thus under the jurisdiction of the FSIS. Poultry regulations are detailed in the Poultry Products Inspection Act (Cornell 2012). Non-amenable species are those not listed in the FMIA or not under FSIS jurisdiction; they are not required to be processed according to the FSIS but are subject to regulation by the U.S. Food and Drug Administration (FDA). Mammals such as reindeer, elk, deer, antelope, water buffalo, bison, squirrel, opossum, raccoon, rabbits, nutria, and muskrat and nonaquatic reptiles such as rattlesnakes are considered non-amenable. But it gets more complex: Aquatic reptiles such as turtles, alligator, water snakes, and frogs are considered game species in some states, but the FDA classifies them as seafood, so they are therefore subject to the Office of Seafood Regulations. Farmed and domesticated species such as white-tailed deer, rabbits, pheasant, and quail are considered non-amenable even if some are raised in captivity. Anyone who is considering processing and selling game meats should contact a state extension meat specialist or state game official. Rules vary by state, and sometimes federal laws change, so it can be difficult to find the most recent guidance documents. For example, feral hogs used to be considered amenable because they are the same species as domesticated hogs; however, the federal government now classifies them as non-amenable.

One regulation is enforced in all 50 states: it is illegal to kill or sell meat from federally protected, threatened, or endangered species. For wild animals that can be hunted legally, it is impossible to know whether meat harvested from a hunted game animal is adulterated without a prior inspection. Therefore, in most states, wild game species that may be legally hunted under federal and state regulations may be harvested only for personal consumption and may not be sold (Amann 2017). This means that game meats consumed by hunters do not require inspection. The rationale here is that the potential risk of foodborne illness from consumption of non-amenable species is considered low as hunted meat is eaten in limited numbers compared to amenable meats. Therefore, hunters and trappers who consume their kill must take personal responsibility in handling, processing, storing, and transporting game meats to guarantee wholesomeness and safety. Most parasites are not killed by processing methods such as salting, drying, smoking, or microwave cooking. To prevent illnesses such as trichinella, mitigating steps include freezing the meat at -15°C for at least a month or, for immediate consumption, cooking the meat to an internal temperature of 70°C for at least three minutes. Consumers that butcher game meat at home should take special precautions, such as using disposable gloves and carefully cleaning and disinfecting all tools (Anonymous 2020). Wild game that is hunted and not farmed may be inspected voluntarily to be marketed and sold if proper temperature controls, handling, and processing are followed under HACCP plans.

Wild on the Farm

Wild game species raised on farms under appropriate regulations and oversight may be sold. These game meats must comply with any FDA requirements as well as any applicable state or local laws (Amann 2017). Dave Carter, executive director of the National Bison Associ-ation (NBA), describes bison as a native protein source. Because many are grown on marginal lands, grazing on local grasses and forage, the NBA considers bison meat a plant-based food. Carter points out that bison meat is a natural product that contains fewer ingredients than meat alternatives such as the Impossible Burger. Bison is attractive to health-conscious consumers as it has fewer calories, less fat, and more protein than comparable cuts of beef. It is also rich in iron, zinc, vitamin B12, omega-3 fatty acids, and selenium. Chefs like bison due to its different flavors and textures. The processing practices and preventive controls for bison are similar to those for cattle. Because bison are more difficult to handle than domestic cattle, they can be inspected in the field by a USDA inspector, then dropped in the trailer prior to shipping. Unlike cattle, they do not have to walk into the abattoir if they have been inspected and found to be wholesome in the field. Even though they are a native meat source and raised commercially, bison are not considered an amenable species.

Circle C Farm is one of only three family-owned, privately held farms that have an on-farm abattoir inspected by the USDA. The farm processes its own livestock as its pasture-raised grass-fed and grass-finished meats are desired and sold both locally and shipped throughout the country. Circle C Farm also processes meats from small local farmers that raise grass-fed and free-range meats and from local hunters who ethically harvest wild game such as feral hogs. Florida, where Circle C Farm is located, is overrun with feral hogs. Circle C Farm is required to process feral hogs separately and with greater inspection requirements. Brucellosis and parasites are concerns with feral hogs, so production runs must be segregated to prevent cross-contamination with amenable meats. Because feral hogs can have a gamy or earthy flavor profile, many licensed trappers capture the hogs, then hold and feed them a diet of corn for a few weeks; this can make the meat more palatable. Nicole Cruz, owner and operator of Circle C Farm, says that wild hog meat is very lean, so it is often combined with beef tallow and other meats to make sausage. Whether Cruz processes wild game or not on a large scale comes down to economics. There must be a market for the product and enough volume to make harvesting and butchering of wild game profitable.

Alligators are a game meat unique to the southern United States, ranging from the mouth of the Cape Fear River, south to Florida, and along the Gulf Coast. Alligators can be killed and transported to processing plants without prior inspection and sold commercially. Inspectors at processing plants use organoleptic parameters such as sight and smell to determine whether a gator can proceed to processing. As with hogs, every part of an alligator is used (except the growl). The loin and tail are premium restaurant fare, the hide is used for leather, the teeth for jewelry, and the skulls for ornamentation. There is also a growing market for gator meat in the pet food industry. Alligator meat is high in protein,potassium, and good fats. State regulations on alligator vary. To sell meat from legally hunted and killed alligators in Florida , the meat must be processed from carcasses that are skinned, processed, and packaged in a facility permitted by the Florida Department of Agriculture and Consumer Services and Florida Fish and Wildlife Conservation Commission (Carr et al. 2014).

Consumers Have the Munchies November 1, 2021