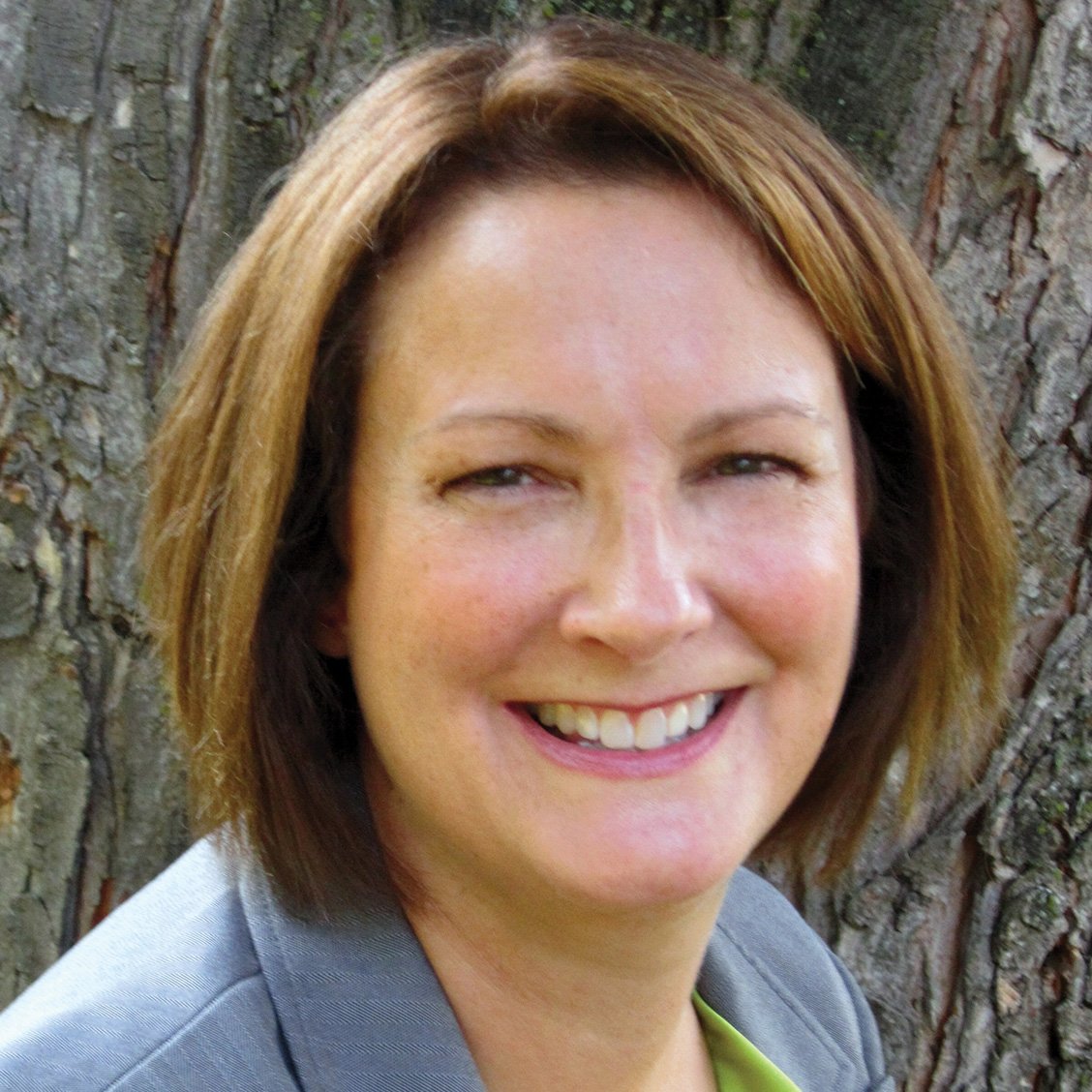 Pathogens such as Campylobacter, Escherichia coli, Listeria monocytogenes, and Salmonella, as well as yeasts and molds, are major concerns and often define food shelf life. Antimicrobial packaging can be used to control microbial growth in packaged food, and given consumer interest in food with fewer preservatives, interest in its use is growing. Antimicrobial packaging is the deliberate incorporation of antimicrobial substances in packaging for release from the package into the environment surrounding the packaged food.

Nisin, natamycin, lacticin, pediocin, lysozyme, lactoferrin, and lactoperoxidase have antimicrobial activity. Nisin is a common bacteriocin because it is approved by the European Commission and considered by the U.S. Food and Drug Administration as Generally Recognized as Safe (GRAS). Nisin is effective against Gram-positive and sporeforming bacteria, including Clostridium, Listeria monocytogenes, Lactobacillus, Staphylococcus aureus, and Micrococcus. Nisin is more effective in processed foods, including cheese, dairy products, and processed vegetables, in which the presence of proteolytic enzymes is low. Although nisin is commonly used within polymers, efficacy can be reduced due to temperatures encountered in polymer manufacturing. The decreased puncture and tensile strength of polymers containing nisin is compensated for by using more mechanically robust outer packaging layers. Nisin is frequently combined with other antimicrobials, such as lysozyme, chitosan, and ethylenediaminetetraacetic acid for increased efficacy. Nisin products are as follows: Nisaplin, Novasin, Delvocid, Chrisin, Delvoplus, and Silver Elephant.

Natamycin, used widely in the food industry, has limited diffusion capability from traditional packaging into food. Thus, its use is limited to structures that provide minimal barrier properties, and hence rapid diffusion, such as methylcellulose-based films. Pediocin is a bacteriocin produced by Pediococcus spp. that is particularly effective against Listeria monocytogenes and which has stability across wide pH and temperature ranges. Although lacticin is effective against Gram-positive bacteria, regulatory barriers and lack of GRAS status of ex situ production inhibit widespread use.

The FDA has approved lysozyme as an antimicrobial compound in specific concentrations for use with casings for processed and ready-to-eat meat and poultry products. Lysozyme requires specific labeling in the European Union (EU); egg allergies can be avoided with products such as InVitria LysoSure, an egg-free lysozyme. The antimicrobial activity of lysozyme is diminished below pH 3.5 and above pH 7.0; thus, it is most often combined with other antimicrobials. Lactoferrin is an antimicrobial whey glycoprotein; however, there are instability issues in the presence of calcium and other divalent cations which limit its use.

The metal ions and nanoparticles that are most widely used for antimicrobial packaging have a high surface area to volume ratio and high specificity with specific optical and functional features. Silver, zinc, and titanium dioxide are the most frequently used, and they are often combined for increased efficacy. Silver ions affect the electron transport systems of microorganisms and mass transfer across cell membranes, causing cytoplasmic leakage. They can also bind to nucleic acids, proteins, and enzymes in cells, reducing functionality. Interestingly, the efficacy of silver decreases under refrigerated conditions, and discoloration is a concern. Silver concentration in polymers ranges from 1%–3%.

The FDA has approved silver nitrate in foods with a limit of 0.017 mg/kg. In the European Union, silver is approved for use in food contact materials, with a maximum dose of 5% in the form of silver zeolite and with a maximum food migration limit of 0.05 mg/kg. Zinc oxide, which is GRAS, is of particular interest in controlling mold within paperboard-based packaging and is used to impart antimicrobial activity within polymers. Titanium dioxide is also considered GRAS, with limits, in the United States. Commercial antimicrobials containing metal include Silvi Film, Novaron Ag, Advanced Agion Sciessent, Ageless SE, Ingaguard, d2P, Bactiblock, Food-touch, Sanic Films, and Biomaster. Importantly, the use of nano-size compounds is being defined via legislation to address environmental and biological concerns.

Many essential oils impart antimicrobial activity via thymol, carvacrol, and eugenol within thyme, clove, cinnamon, basil, oregano, turmeric, sage, and lemongrass. In general, Gram-positive bacteria are more susceptible to these substances than Gram-negative bacteria. Essential oils have become more popular antimicrobial agents as a label with less scientific terms has become consumer preferred. However, to prevent off-flavors and remain below regulatory limits, a range of only 0.2%–2% essential oil is usually viable, and depending on the microbe of concern this level may not be adequate. Essential oils are used in packaging for fresh and processed meat, seafood, poultry, and fresh and fresh cut-produce. Since oils plasticize polymers, the addition of essential oil often results in a looser polymeric structure with worse water vapor and oxygen barrier properties; this reduction of barrier properties alters food shelf life. For this reason, successful use of essential oils has been in substituting plasticizers with essential oils within the polymer layer in contact with the food. Extracts contain polyphenolic substances. For example, grapefruit seed extract has antimicrobial activity against numerous bacteria, while green tea and pomegranate seed extracts are effective against yeasts and molds.

Benzoic, sorbic, propionic, and acetic acids are used as antimicrobial compounds within packaging due to their minimal impact on food sensory properties. These weak acids are incorporated into packaging films or active packaging components such as sachets, liners, and absorbent pads, within regulatory limits. Parabens and sorbates have regulatory concerns, and migration into the food needs to be well understood to ensure that limits are not exceeded.

Although data on the survival of viruses such as norovirus and coronaviruses vary widely, there is increased interest in the use of inner- and outer-facing packaging containing substances with antiviral activity, for supply chain employee and consumer protection. Approximately 150 human enteric viruses are known, and the inhibitory effects of antimicrobials against them vary. Most human enteric viruses, such as norovirus, are nonenveloped and resistant to inactivation. However, the coronavirus is enveloped and susceptible to some antimicrobial packaging solutions such as that imparted by packaging containing metal ions of silver and zinc.

Roadblocks to commercialization include capabilities of the packaging to retain as well as release antimicrobials, reliable efficacy, and regulatory limitations. The field of antimicrobial packaging provides a complex array of compounds to explore. Knowledge from a team that includes microbiology, food science, sensory science, packaging development, and material science expertise, as well as packaging manufacturers, is needed for successful implementation.

In this effort, pragmatic research is needed. Because the kinetics of controlled release is a function of the packaging material and the composition of a specific food, both packaging-specific and food-specific research is needed in the implementation process. Once the microorganisms of concern for a particular product are identified, then specific antimicrobial packaging that is effective against them can be considered. As noted above, prior research needs to be carefully screened to provide clear direction. The utility of antimicrobials is ranked on the basis of product characteristics and package-specific parameters, to refine the list of viable antimicrobial candidates for testing. After this, viable antimicrobial packaging solutions are assessed within the current packaging, and refinements are made to the existing packaging to be conducive to the incorporation of antimicrobials. Since packaging is an indirect food additive, antimicrobials used in packaging need to be GRAS or food contact materials and approved for the known amount of antimicrobial desorption from the packaging into the specific food. In this development process, intellectual property or trade secrets can be gained to provide a competitive advantage.

The contributions of Ziynet Boz and Rachel Rosenbloom, associate researchers at Packaging Technology and Research, are appreciated.