Kathryn J. Boor is the recipient of the 2020 Harris Award, given annually to recognize excellence in and contributions to the discipline of food science. The award consists of a $3,000 honorarium plus all travel expenses to interact with the faculty, staff, and students of Ohio State.

Boor earned a BS from Cornell University, an MS from the University of Wisconsin, and a PhD in microbiology from the University of California, Davis. In 1994, she joined Cornell and served as department chair from 2007 to 2010. Currently the Ronald P. Lynch Dean of the College of Agriculture and Life Sciences (CALS) at Cornell, Boor oversees 350 faculty and 3,600 undergraduate and more than 1,000 graduate students. Under her leadership from 2010 to 2020, CALS has ranked among the top three global universities in agricultural sciences.

A Fellow of IFT, Boor was honored with the Gerhard J. Haas Award in 2020. She is also a fellow of the American Academy of Microbiology, the International Academy of Food Science and Technology, and the American Association for the Advancement of Science. In 2016, she received an honorary doctorate from Harper Adams University in the United Kingdom and was named a 2018 Woman of Distinction by the New York State Senate.

Boor serves on the board of directors for Seneca Foods Corp., the United States-Israel Binational Agricultural Research and Development Fund, the Foundation for Food and Agriculture Research, the International Life Sciences Institute, and the Boyce Thompson Institute. She is also a member of the Science Board for the U.S. Food and Drug Administration and serves on the New York State Southern Tier Regional Economic Development Council and the New York State Council on Hunger and Food Policy.

After earning a PhD from Rutgers University, McEntire joined the Institute of Food Technologists as senior staff scientist and director of science and technology projects. For her work at IFT, she received the U.S. Food and Drug Administration Center for Food Safety and Applied Nutrition Director’s Special Citation Award. She also led a multimedia career guidance initiative at IFT to advance the field of food science in U.S. high schools, which was recognized with a Gold Award by the Society for National Association Publications. More recently, she launched the Produce Safety Immersion Program at United Fresh, which aims to build the knowledge, network, and critical thinking skills of newer produce safety professionals.

“Jennifer’s unique skills have proved a perfect match for the produce industry, bringing deep scientific knowledge, common-sense solutions, and a personal ability to connect with members,” said United Fresh President & CEO Tom Stenzel in a statement. “Jennifer has grown both the portfolio of food safety services and offerings to our members and has established trusted and respected relationships with regulatory and academic leaders at every level.”

Getting to know Kirk Kealey

As director of the University of Georgia (UGA) Food Product Innovation & Commercialization Center in Griffin, Ga., Kirk Kealey has a multifaceted job. But what he enjoys most is “the discovery of finding new technical solutions to deliver great-tasting or nutritious products.”

Getting to know Kirk Kealey

As director of the University of Georgia (UGA) Food Product Innovation & Commercialization Center in Griffin, Ga., Kirk Kealey has a multifaceted job. But what he enjoys most is “the discovery of finding new technical solutions to deliver great-tasting or nutritious products.”

The mission of the UGA center is to assist new and existing food businesses in bringing their products to market by providing technical guidance and services, including shelf-life testing and generating Nutrition Facts labels, as well as assisting in product development, process development, and scale-up work. 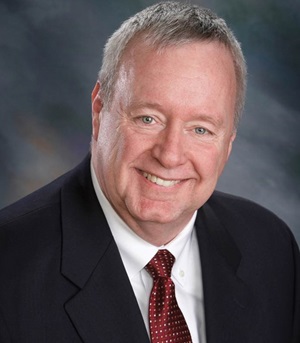 “In Georgia, we have an opportunity to add value to a wide assortment of agricultural commodities such as peaches, pecans, peanuts, blueberries, pomegranates, and satsuma citrus,” says Kealey. “By finding technical solutions to delivering longer shelf-life foods, we hope to transition our state from being a producer of primarily fresh fruits, to a range of convenient, higher value foods featuring the fruits of Georgia.”

Kealey earned MS and PhD degrees in international food science at Cornell, where he became active in the university’s food science club and subsequently joined IFT. “As a volunteer at an Annual Meeting in Dallas, my first role was as a session monitor,” he recalls. “We had to make sure that the session slides were loaded correctly and the speakers were comfortable. As my career unfolded, I participated in events sponsored by the local sections whenever possible. These sections included Western New York, Minnesota, Central Pennsylvania, Central New York/New Jersey, and most recently, the Southeastern Section (SEIFT). At SEIFT I have served as president-elect, president, and past president since 2015.”

Looking back on his volunteer activities, Kealy finds that the ability to connect students with food industry professionals is particularly satisfying. “I think food scientists in general are very eager to share their stories with students, and I have seen how these mentoring experiences have rewarded both sides,” he reflects. “I always enjoy working with students because of their energy and enthusiasm. They think very differently than I do, maybe because they aren’t as preconditioned, and often take very creative approaches to solving technical problems.”

When asked to consider which of IFT’s core values has played the largest role in his professional life, Kealy chooses Passion. “I love what I do, and I try to get others to discover their passion,” he explains. “When I meet students for the first time, I warn them that I am going to sell them on a career in food science before I give them my presentation. I believe we need to inspire young people to at least consider food science as they think about their future.”

IFT notes the passing of the following member:
Louis Decker.

IFT notes the passing of the following member:
Louis Decker.