In 1980, Venkatesh Mannar was working at his family’s salt factory in Thoothukudi in southern India when he got a call from UNICEF. They were beginning the drive to iodize salt in developing countries with the goal to eradicate iodine deficiency, which can cause goiter, mental development problems, and other health issues. While iodized salt had already become established in developed economies, that wasn’t the case in less-developed countries.

“Over the next 30 years, beginning in the ‘80s and down to today, the iodization program has really taken off, and it is now globally covering almost 85% of world salt,” says Mannar.

That phone call was the start of a scientific journey for Mannar, who began to see the potential of fortifying salt with more nutrients to combat other deficiencies. He moved to Canada in the early 1990s and began working with food engineering professor Levente Diosady at the University of Toronto, where they figured out how to add iron to salt, a long process rife with technological challenges.

Iodine, explains Mannar, is relatively easy to add to salt; it’s sprayed directly onto the salt crystals, or can be mixed in with powdered salt. But iron and iodine react to each other. The iron attacks and reduces the potassium iodate to elemental iodine, which vaporizes it—no more iodine. The iodine oxidizes the iron and turns it green and brown, not colors most consumers would find acceptable in their white salt. Mannar and Diosady figured out they needed to create a barrier between the two that would keep them separate until the salt was added to food and ingested.

The duo developed the technology that solves that problem. The iron compounds are mixed with a small amount of semolina flour, which is made into a paste that’s extruded through a type of pasta extruder. The long strands are then formed into tiny spheres of 300 to 400 microns each, and those are mixed in with salt. Each is coated with a 10–15 micron thick layer of starch and soya stearin, which is the barrier.

The end product is able to withstand high temperatures and high humidity, a necessity since many developing countries are in hot or sticky climates. It also keeps for at least six months. “Over the years, that has worked well,” says Mannar. “In fact, we have samples that are several years old now.”

And that technology is now being used to further fortify salt.

In 2017, the University of Toronto team was approached by the Gates Foundation and Grand Challenges Canada to investigate adding more nutrients. They spent two years working on adding three more: B12, folic acid, and zinc. Low levels of any of these can have serious health consequences. “A B12 deficiency and folic acid deficiency have a huge impact on women, and very low stores during pregnancy can result in children being born with neural tube defects and other problems,” says Mannar.

“A B12 deficiency and folic acid deficiency have a huge impact on women.” 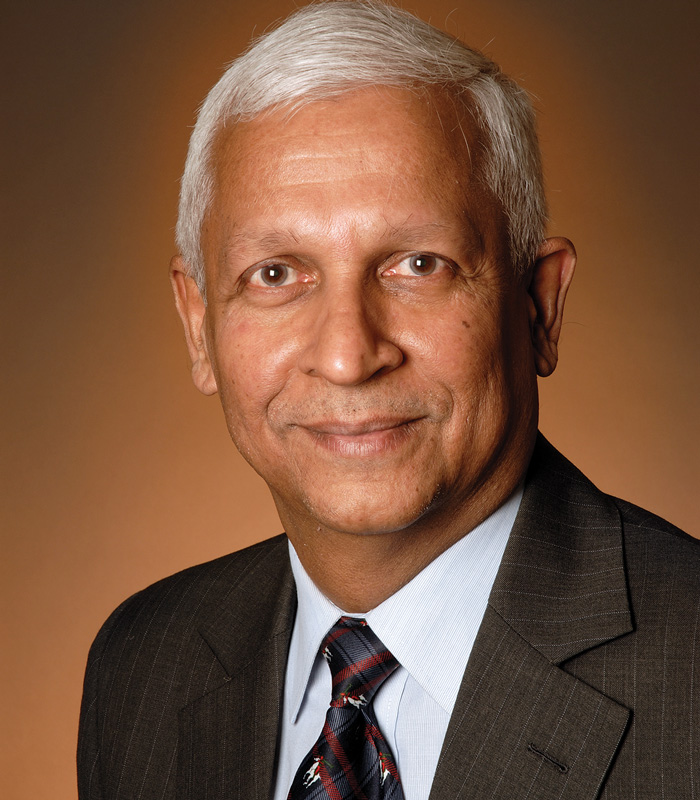 They’re also experimenting with alternatives to titanium dioxide, which is currently part of the coating in very small amounts. But since the European Food Safety Authority has recommended banning titanium dioxide use in food products, Mannar expects bans eventually in North America as well. “In anticipation of a total ban, then we will be precluded from even adding an eighth of a milligram. We are going to start studies on replacing the titanium dioxide,” he says.

Their new salt is scheduled for testing in two Indian states, Punjab and Andhra Pradesh, in early 2022. Christine McDonald, assistant professor in the department of pediatrics at the University of California, San Francisco, School of Medicine and director of IZiNCG, a group that works to reduce zinc deficiency globally, is leading the Punjab study. The first phase of the study included sampling the micronutrient deficiencies of 100 women of reproductive age, and a dietary assessment. They found 70% had a folate deficiency, 67% were iron deficient, 50% to 75% were deficient in B12, and 34% were zinc deficient. “The results of the biochemical and dietary analysis show that, in this study population, the prevalence of micronutrient deficiency is really high,” says McDonald.

But uptake is another challenge altogether. According to a study published in Maternal & Child Nutrition, acceptance of the iodized-iron salt was impeded by lack of education and low salt quality.

Mannar says that he expects this new fortified salt to have better acceptance because the main hurdles have been overcome with the double-fortified salt, and the production facilities that produce the premix units are established (the iron coating is done at a separate factory, and that’s sold to salt producers who blend it with their salt) and the same equipment can be used. “We feel that the transition to quadruple salt will be easier,” he says.

McDonald says that it’s been invaluable to learn from Mannar’s experience with salt fortification. “It’s been cool to watch the evolution and advancement of the technology go from a double fortification system to a platform that enables other micronutrients to be included and to be able to customize the formulation, depending on the context in the population,” says McDonald.

There are those pushing the World Health Organization to issue a directive that bans adding salt at any level, according to Mannar. Their concern, he says, is that fortifying salt will be perceived as promoting salt intake, and people will eat more of it. That same fear was voiced when iodine was first added. But, in fact, Mannar’s studies have shown that salt intake has decreased in many developing countries since the 1990s. “Thirty years ago, we used to measure salt intakes of 12, 13 grams a day. Today, in our latest studies done in Uttar Pradesh last year, it was 8 grams. So it’s coming down fairly significantly,” he says.

Unlike many other foods, salt is a democratic product—it’s accessible and affordable, and it’s used in consistent amounts by almost everyone, regardless of location or socio-economic status. And it is, of course, essential for survival. “Everyone consumes salt in some way, so it’s like your dream vehicle,” says McDonald. She supports programs to reduce salt in populations with high salt intake and says that doesn’t conflict with the goals of the multiple-fortified salt program. “The beauty really of the technology is that you can adjust the levels of fortification in response to the salt intake of the population,” she says.

In the developing world, says Mannar, the amounts of foods like rice or wheat consumed daily can vary dramatically between wealthy and poor populations. Thus, fortifying at appropriate amounts is extremely challenging. But the body regulates salt levels, and that’s why, for Mannar, salt is the obvious choice. “That’s why I just feel that salt is such a no-brainer, but not many people have really come around to that viewpoint.”

Danielle Beurteaux is a freelance journalist who writes about science, technology, and food (@daniellebeurt).

Career Highlights: Recipient of the Nokia Health Award in 2010; Awarded the Order of Canada by the Governor General in 2013