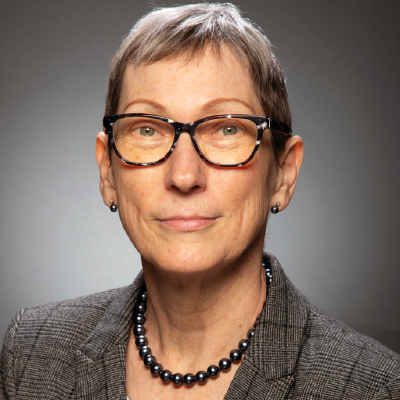 Plant-based meat alternatives target vegetarians and flexitarians who want to eliminate or reduce meat consumption but still crave the texture, mouthfeel, and feeling of satiety provided by animal-derived foods. To achieve the desired sensory characteristics of meat, their formulations combine plant protein sources with binders and additives. Research concerning safety, shelf life, and long-term nutritional and health effects of plant-based meat alternatives is limited. Companies developing these products and organizations promoting them have funded much of the available research (Santo et al. 2020). Since such alternatives are primarily based on food sources that are generally recognized as safe (GRAS) for human consumption, developers generally believe their new products are safe.

Plant-based meat alternatives are ultra-processed, according to the NOVA food classification system and have complicated formulations (Anonymous 2018). Sha and Xiong (2020) detailed the ingredients used in some formulations. Their article is summarized below.

Soy protein, pea protein, and wheat gluten are the most commonly used plant protein alternatives; other plant proteins are utilized to provide structural and nutritional properties. Prepared by aqueous alcohol washing, the widely used textured vegetable protein is comprised most commonly of soy protein concentrate. Wheat gluten is often used to create meat-like chewiness. Potato, mung bean, and rice proteins may also be incorporated to enhance and alter texture. These plant protein sources add amino acids complementary to those in legumes to create a nutritionally balanced amino acid profile. The ultimate formulation goal is to combine plant proteins that bind together to simulate the interstitial spaces between meat muscle myofilaments. These myofilaments trap and retain water, which is released during chewing to create the sensation of juiciness.

The ultimate formulation goal is to combine plant proteins that bind together to simulate the interstitial spaces between meat muscle myofilaments.

Oils and fats are also used to create mouthfeel and faux marbling similar to animal fat. Plant fats, such as those extracted from coconut and cocoa beans, are solid at room temperature. They are often blended with oils that are liquid at room temperature, such as sunflower, canola, sesame, and avocado oils for nutritional as well as flavor purposes. To further bind water and reduce syneresis, carbohydrate polymers are added. These include crude fibers from wheat, oat, apple, digestible starch, and purified polysaccharides.

Many additives are used in plant-based meat alternatives, and their labels may list more than 20 ingredients—more ingredients and additives for flavoring, coloring, and binding than meats contain (Bohrer 2019). Leghemoglobin, a heme and pigment-containing protein expressed in soybean root nodules, has been genetically engineered for production in yeast cultures. Leghemoglobin might be used at a level of up to 0.8% of a product’s final weight to simulate the bloody appearance of meat. Red and orange pigments from red beets, red cabbage, berries, paprika, and carrots are also used. Another GRAS colorant, titanium dioxide, is used in plant-based chicken as a whitener and brightener. To compensate for lack of flavor, yeast extracts, nucleotides, sugars, and spices are added. They may also be used to mask undesirable beany off-flavors. Vitamins and minerals are included to make up for the deficiencies in plant matrices as compared with meat. Antioxidants are added to reduce the oxidation and rancidity caused by high-temperature processing. Organic acids and phosphate compounds are added to improve microbial stability and shelf life. Consumers who want clean labels or short ingredient lists may object to plant-based meat alternatives due to the many additives on the labels or the inclusion of a genetically modified protein.

Diagnostic tests for screening of pathogens must be validated by kit manufacturers and organizations such as AOAC International. “Matrix extension of current claims as well as  verification of these new products should be analyzed to hasten the determination of fit for purpose methods in the evaluation of plant-based meat alternatives,” according to Erin Crowley, president of AOAC International. She says lessons learned from evaluation of cannabis products should be applied to develop guidance for plant-based meat alternatives.

Most plant-based meat alternatives are processed using extrusion, a high temperature and high pressure method that creates the desired form and texture while simultaneously reducing the microbial load. The time/temperature treatment is considered a critical control point that promotes the safety and shelf life of the product.

Wild et al. (2014) evaluated the microbial load of a plant-based meat alternative. Products that were exposed to the high temperatures of the extrusion process averaged less than 100 CFU/g total microbial load (methods and specific microorganisms were not cited). However, the researchers felt the products were susceptible to post-processing contamination. Therefore, they recommended that further thermal treatments and refrigerated storage be instituted post extrusion to increase the safety and shelf life of the products. “The storage and handling of these products should mimic that of raw meats,” the authors maintain. While not evaluated in the study, they suggested that endospores such as Bacillus spp. and Clostridium spp. may survive the extrusion process.

Carcinogens produced by high-temperature processing have not been studied in plant-based meat alternatives. Carcinogenic compounds such as polycyclic aromatic hydrocarbons, nitrosamines, and heterocyclic aromatic amines, found in meats cooked at high temperature, may also occur in plant-based meat alternatives (He et al. 2020).

Soybean and wheat are two of the “big eight” allergenic foods identified and codified by the U.S. Food and Drug Administration. Allergenicity has been associated with legume crops such as chickpeas and peas (Joshi and Kumar 2015). AllergenOnline, an interactive website developed by the University of Nebraska–Lincoln’s Food Allergy Research and Resource Program, provides allergen lists and a searchable database for the identification of potential allergens. Because many plant-based meat alternatives contain concentrated protein isolates, consumers may receive much higher doses of potential allergens. Richard Goodman, research professor at the University of Nebraska–Lincoln, cautions that with more than 2,000 proteins recognized as allergens, it is hard to predict the effect of regular consumption of higher protein concentrations and consumption of proteins from novel sources as well as the effect of new processing methods that may alter and combine proteins. Consumers with known allergies should read the labels and pay attention to the source of the plant proteins.

Heavy metals and pesticides (He et al. 2020) and aflatoxins are contaminants of concern in plant-based meat alternatives that have not been widely studied. The chemical hexane is used in processing soy protein isolates, and consumer advocacy groups are concerned about its use because hexane is a neurotoxin, highly explosive, and an air pollutant (Santo et al. 2020).

Some plant-based meat alternatives contain genetically engineered proteins, and although genetically modified ingredients  have been evaluated for safety and are unlikely to cause adverse reactions, some consumers avoid products that contain them. A study conducted by Impossible Foods evaluated soy leghemoglobin protein and found no toxicological issues (Fraser et al. 2018). Systemic toxicity was assessed in a 28-day dietary study in male and female Sprague Dawley rats fed leghemoglobin levels 100 times greater than the 90th percentile estimated daily intake. There were no mortalities observed, no effects on male reproduction, nor adverse clinical findings related to leghemoglobin consumption. A potential estrous cycle distribution effect in female rats warranted a second dietary study, which found that leghemoglobin-fed female reproductive parameters were comparable to controls.

Legume seeds contain protein inhibitors that are antinutritional in effect. These include inhibitors of the enzymes alpha-amylase and trypsin (Joshi and Kumar 2015). Alpha-amylase and trypsin hasten carbohydrate and protein digestion in mammals. Phytic acids, also present in these plant seeds, can reduce the bioavailability of minerals through the formation of indigestible salts. This can cause mineral deficiency in humans (Joshi and Kumar 2015). Gluten is also used and can be problematic for a small portion of the population with celiac disease.

Strong off-flavors are produced during processing of plant materials and include grassy and beany flavors from soybeans due to endogenous lipoxygenases. There are also bitter and astringent flavors from saponins and isoflavones, which are both antinutritional and anticarcinogenic (Joshi and Kumar 2015). Thus, plant-based meat alternatives must be formulated to mask and reduce the potency of these off-flavors.

There are no long-term studies on the effects of consuming plant-based meat alternatives, and there are limited scientific data on safety and conflicting reports on the health benefits. Authors from the Johns Hopkins Bloomberg School of Public Health outlined some of the differing perspectives in a review article (Santo et al. 2020). Some professionals assert that replacing meat with plant-based meat alternatives does not guarantee a healthier dietary lifestyle (Hu et al. 2019). Many alternatives contain comparable amounts of calories, protein, and iron (Bohrer 2019). Some products contain coconut oil, which has saturated fat levels comparable to or higher than poultry and pork (Santo et al. 2020). In contrast, diets rich in legumes, whole grains, vegetables, and nuts have been associated with reduced risk for adverse health outcomes (Nelson et al. 2016). However, it is not known if plant protein isolates offer nutritional benefits similar to their whole legume counterparts (Hu et al. 2019). Because soy isolates are highly processed, they lack some of the beneficial nutritional components found in whole soybeans (Messina and Messina 2010).

Boher, B. M. 2019. “An Investigation of the Formulation and Nutritional Composition of Modern Meat Analogue Products.” Food Sci. Hum. Wellness 8: 320–329.