Yaky Yanay and Eyal Malis were chatting on an apartment balcony overlooking Tel Aviv one evening early last year, and the next thing they knew, Plurinuva was born. Yanay, the CEO of biotech startup Pluristem, and Malis, chief of Israel’s biggest food producer, Tnuva, quickly launched a joint venture that already is helping set the pace for the nation’s booming cellular meat industry.

“It was totally something that started with our personal relationship,” says Yanay, whose company has been developing technology to expand placental cells to battle human blood deficiencies. “That built trust, gave us the ability to move quickly, and allowed us to open each other’s books to look deeply and firmly into the possibilities.”

Plurinuva expects to complete its proof of concept for cell-based meat, which is made by growing animal tissues from stem cells and other outputs of biotech manipulation, by the end of this year and to commercialize its first meat analogue product in 2023, Yanay says. In doing so, the new venture could significantly advance a meat alternative technology ecosystem in Israel that has been blossoming for a few years, turning Tel Aviv, nearby Jerusalem, and other areas of the small country into a biotech equivalent of Silicon Valley.

A number of factors have converged to spark this intense focus on leading-edge research and technology development in Israel, including the small geographic footprint that lends itself to industry networking such as the consequential conversation between Yanay and Malis. Israel’s many research universities and scientists, the entrepreneurial bent of Israeli society, the nation’s environmentalist ethos, strong commercialization relationships with food companies around the world, and even Jewish culture’s particular approach to meat have all helped put the country at the forefront of cultivated meat innovation.

Israel is home to more than a dozen cellular meat and dairy startups and has also spawned many startups developing plant-based meat and dairy imitators that are at various stages of commercialization in a category popularized by major players such as U.S.-based Beyond Meat and Impossible Foods.

“Israelis are really enthusiastic around innovation and developing technologies and see this as their strength,” says Aletta Schnitzler, chief scientific officer of TurtleTree, a Singapore-based company that is developing cell-based alt-milk. “They’re very creative and innovative, and their culture and systems are set up to support that kind of innovation cycle.”

Israel boasts four major research and technology institutions—Hebrew University in Jerusalem, Tel Aviv University, Technion in Haifa, and the Weizmann Institute of Science in Rehovot—that are within about a half-hour’s drive of one another.

This nexus echoes that in Silicon Valley, where a couple of major universities, Stanford and the University of California, Berkeley, fostered the culture of innovation that exploded around the microchip. Another advantage of the San Francisco Bay Area in commandeering the digital era has been innumerable personal relationships among founders, and the pipeline of new entrepreneurs flowing up through Google, Apple, Facebook, and other tech giants to feed the microcosm.

Israel also has built a strong ecosystem for digital technology development over the last few decades, and its nascent alt-meat industry has leveraged that. “We already were a hub for software, and [alt-meat] isn’t very different,” says Ido Savir, co-founder and CEO of SuperMeat, a Tel Aviv–based startup developing a stem cell technology that can yield many types of animal tissue and is a B2B product development platform for consumer-facing partners. “A lot of what our industry amounts to is getting very good technology. In addition to that, we are entrepreneurs here.”

Yanay, a board member and former co-chair of Israel Advanced Technology Industries, the nation’s largest umbrella organization for life science and high-tech industries, says, “In Israel, people are fast responders. We’re not afraid to get into something that is developing and is a novelty even though it’s relatively new and risky.”

Their particular daring to push the technology envelope is characteristic of Israeli entrepreneurs, says Eshchar Ben-Shitrit. “Some other countries like to improve on existing technologies,” says the CEO of Redefine Meat, a startup in Rehovot that is using 3-D printing technology to replicate how an animal builds muscle structure. “We like to invent brand-new ones.”

Israel’s over-indexing share of global technology development also has benefited from its allure as a melting pot for Jewish scientists attracted to their ancient homeland from all over the world.

“It’s a very international country,” says Arlin Wasserman, an American who lived on an Israeli kibbutz as a youth and is founder of food consultancy Changing Tastes. “The best researchers travel and have more interaction and more understanding of global needs by getting out of their silos.” The nation’s entrepreneurs also “have more access to capital in New York and London than other small countries would have.”

There’s still more to the uniqueness of the Israeli proposition. “One problem in Israel is that we don’t have many natural assets,” says Rachel Yarcony, founder and CEO of a startup called myAir, which is using nutrition bars as a vehicle for adaptogens. “We don’t have water; we don’t have oil; we don’t have mountains or amazing views. So we don’t have any other options but to develop something.”

In a related vein, the nation’s alt-meat industry also is supported by a vibrant sustainability ethos among Israeli entrepreneurs and the citizenry in general. “There’s a lot of awareness of animal welfare and environmental issues here, a lot in the media, and people are very outspoken about these issues,” Savir says. In founding SuperMeat, his team specifically was “ideologically driven, environmentally driven, and at some point several years ago, we were struck by the potential of cellular agriculture.”

"We already were a hub for software, and [alt-meat] isn’t very different." 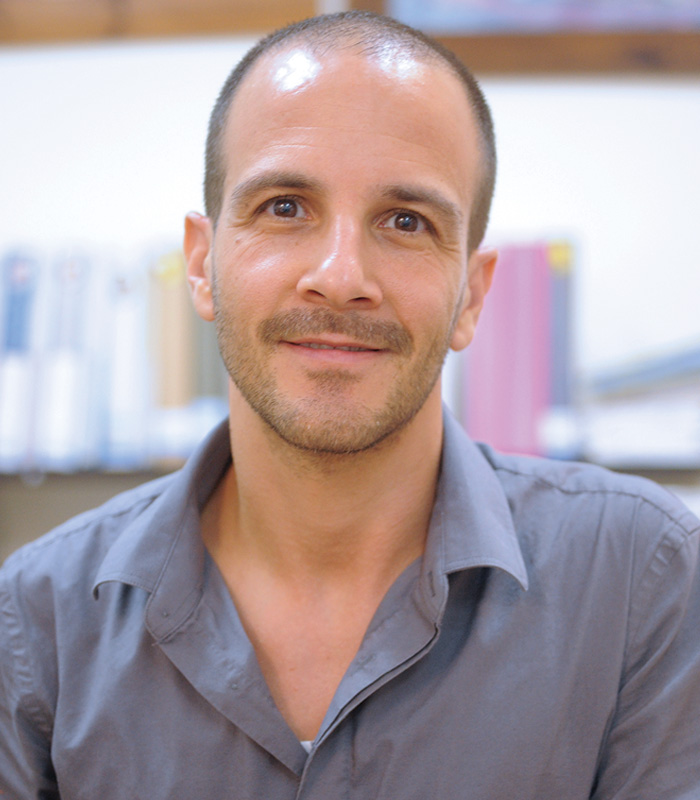 Wasserman says cell-based meat in particular intrigues Israelis partly because of the natural constraints on growing livestock in Israel and also because of how “meat is at the center of culinary and cultural traditions. That includes the whole kosher thing.”

All of these factors were at play on that balcony in Tel Aviv that led to Plurinuva. “We know how to work with cells very well,” says Pluristem’s Yanay. “Tnuva understands customers, logistics, and food. We’re using our advantages to create a venture with two proven pioneers to expedite development.”

Building Out the Business

But Yanay admits founding such a venture and even bringing its technology to scalability are only the first two challenges. The third, and perhaps largest, is commercializing what they’ve come up with. “Can we mature them to become big companies?” he says. “That’s something we struggle with all the time [in Israel]. But we’re starting to see good collaboration as our companies partner with U.S. companies that will be able to get them to the next step.”

Tnuva is owned by Shanghai-based Bright Food, the second-largest food company in China, so Plurinuva’s innovations potentially have a huge market there. Similarly, another Israeli startup, Future Meat, has just welcomed a Series B round of $347 million led by ADM Ventures, part of the U.S. agricultural giant Archer Daniels Midland, to build a production facility in America for Future Meat’s cell-grown products. They’re expected to go on sale by the end of this year, pending regulatory approval.

“It’s the best of both worlds,” says Leticia Gonçalves, president of global foods for ADM. “They bring entrepreneurship and creative thinking, and we bring expertise to complement and help them achieve their success.”

Dale Buss is a veteran journalist who writes about the food industry from Rochester Hills, Mich. ([email protected]).

Take a Second Look at Pathogens in Cereal Flours March 1, 2022