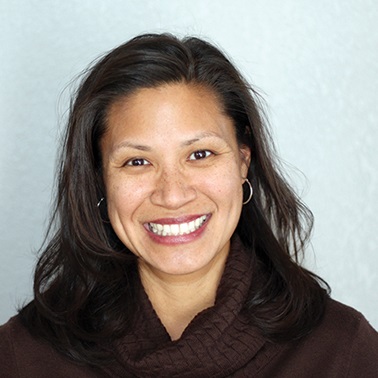 It’s not uncommon for the terms gut health and digestive health to be used interchangeably, but there is a difference between the two. The gut is part of the digestive system, and it is home to the gut microbiome, which is the complex, symbiotic community of bacteria and other microorganisms that live mainly in the large intestine (gut).

Because the gut microbiome is involved in the process of digestion and is part of the digestive system, the health of the gut affects overall digestive health.

Its role goes beyond that. A healthy gut is also linked to a healthy immune system and overall well-being because the bacteria in the gut microbiome are associated with those areas too, research shows.

“Today, it is widely recognized that a healthy microbiome supports both gut integrity and the immune system,” says Justin Green, director of scientific affairs for Cargill Health Technologies. “We’ve learned we can affect the microbiota by adding to it with probiotics or modulating it with prebiotics. It is also becoming clear that another type of ‘biotic’ can support the gut microbiome and immune health: postbiotics.”

Here’s a look at how probiotics, prebiotics, and postbiotics function to support gut health and overall health, and what’s new in each of these three functional ingredient categories.

Demand for probiotics is growing as digestive health moves higher on the consumer agenda, according to a global survey by Kerry, makers of the probiotic BC30. BC30 (Bacillus coagulans GBI-30, 6086) is a patented spore-forming probiotic ingredient; more than 25 published papers have shown that it can help support digestive health, immune health, and protein absorption.

In a January 2021 global survey of more than 13,000 consumers across 16 countries, one in four (25%) had used a product containing probiotics over the past six months—up from 21% in 2019 when the survey was last conducted. Awareness of probiotics was particularly high in Latin America (63%) and North America (61%). The findings suggest that demand for probiotics is linked to increasing interest in digestive health, which consumers ranked third on their list of reasons to purchase healthy lifestyle products—up from fourth in 2019.

"Because the gut micro-biome is involved in the process of digestion and is part of the digestive system, the health of the gut affects overall digestive health."

A newer area of probiotic research focuses on the link between the gut microbiome and mental health, and the role of psychobiotics, which are defined as probiotics that confer mental health benefits to the host when ingested in a particular quantity through interaction with commensal gut bacteria (Del Toro-Barbosa et al. 2020). The mechanisms by which bacteria exert their psychobiotic effect are not fully understood; however, research indicates that certain probiotics provide their benefits mostly through the hypothalamic-pituitary-adrenal axis, the immune response and inflammation, and the production of neurohormones and neurotransmitters.

Patterson et al. (2021) recently showed that a probiotic (Lacticaseibacillus paracasei Lpc-37 [Lpc-37 or HOWARU Calm from International Flavors & Fragrances]) can influence stress response and mood. Researchers investigated whether Lpc-37 could modulate the stress, mood, and well-being of 120 healthy adults aged 18–45. Overall, Lpc-37 reduced perceived stress compared with a placebo. Other beneficial effects within biomarkers related to stress indicated that the effects of Lpc-37 may be differentially dependent on gender and chronic stress.

“As the market continues its relentless drive toward better everyday health and simpler solutions, we are set to see prebiotics not just strengthen [their] foothold, but in many cases dominate the public health conversation,” said Per Rehné, CEO, Clasado Biosciences, in a press release. He said that studies on behalf of Public Health England found that just 9% of adults are reaching their recommended daily intake of fiber, and this problem is mirrored around the globe. “With all the established and emerging benefits of fiber—and prebiotics in particular—it’s safe to say that prebiotic fiber and its contemporary application is signposting the future of public health,” he added. Clasado Biosciences is the developer of the prebiotic galactooligosaccharide Bimuno.

The number of new products that call out their prebiotic content is growing. Gist, a sparkling beverage with 4 g of prebiotic fiber from Jerusalem artichokes, made its debut last year. Company advertising says that Gist contains prebiotics that help nudge the body back into equilibrium by supporting a balanced microbiome.

The prebiotics market includes some, such as inulin, galactooligosaccharides, and fructooligosaccharides, that have well-documented benefits, but it also includes some emerging prebiotics. Rhamnogalacturonan-I (cRG-I or BeniCaros from NutriLeads) is a novel carrot-based prebiotic that falls into the latter category. Research shows that it consistently and beneficially stimulates the human gut microbiota and their metabolites, such as short-chain fatty acids, which further supports immune health. A soluble fiber, BeniCaros is made using a proprietary process that involves upcycling carrot pomace, a side stream of carrot juice production.

OptiBiotix Health is targeting the sports nutrition market with its recent launch of LeanBiome. It contains a patented combination of prebiotic and dietary fibers (glucomannan and oligofructose) and a trace mineral (chromium picolinate) to reduce fat intake, lessen cravings for sweet foods, and promote the growth of healthy bacteria in the gut, such as Christensenellaceae, which are associated with lean body composition profiles.

Postbiotics are bioactive compounds made when probiotic bacteria feed on various types of prebiotic food. Postbiotics include short-chain fatty acids, lipopolysaccharides, exopolysaccharides, enzymes, cell wall fragments, bacterial lysates (a mixture made from bacterial components), cell-free supernatants (a mixture of compounds produced by bacteria and yeast), and various other metabolites such as vitamins and amino acids.

“While pre- and probiotics may be better known, it’s postbiotics that deliver the final goods,” says Cargill’s Green. “They are produced through fermentation outside the body, under highly controlled conditions. … Each postbiotic is unique, based on the microorganism, the fermentation medium and method used, and the post-fermentation process.”

Cargill’s postbiotic EpiCor is made using baker’s yeast (Saccharomyces cerevisiae) that goes through a natural fermentation process, which creates a unique fingerprint of metabolites. After fermentation, it is gently dried using a proprietary heating process that kills off the yeast, while still preserving all the metabolites and functional compounds. “Human clinical research has shown that EpiCor postbiotic helps positively modulate beneficial bacterial populations and, in model studies, may support short-chain fatty acid production, effects that highlight how the ingredient can play an important part supporting the gut microbiome,” says Green.

Its recommended dose is just 500 mg a day, making it easy to incorporate in formulations for beverages, baked goods, snack bars, gummies, and other foods. It brings a rich brown color and unique savory flavor to formulations, and it pairs well with ingredients like chocolate, vanilla, and dark red fruits, according to Cargill. Green says the Cargill team has created prototypes using EpiCor in applications such as chocolate bites, yogurts, and granola bars. On the beverage side, EpiCor has been used in everything from chocolatey dairy drinks to teas and powdered drink sticks.

Thanks to the growing number of probiotic, prebiotic, and postbiotic ingredients and the ongoing research documenting their benefits, consumers can expect to see an expanded assortment of unique food and beverage options positioned to improve gut health.

Microbiome: The community of microorganisms in a particular environment (including the body or a part of the body)

Prebiotic: A substrate that is selectively utilized by host microorganisms, conferring a health benefit

Probiotic: Live microorganisms that, when administered in adequate amounts, confer a health benefit on the host

Postbiotic: A preparation of inanimate microorganisms and/or their components that confers a health benefit on the host. Effective postbiotics must contain inactivated mic…

Microbiome: The community of microorganisms in a particular environment (including the body or a part of the body)

Prebiotic: A substrate that is selectively utilized by host microorganisms, conferring a health benefit

Probiotic: Live microorganisms that, when administered in adequate amounts, confer a health benefit on the host

Postbiotic: A preparation of inanimate microorganisms and/or their components that confers a health benefit on the host. Effective postbiotics must contain inactivated microbial cells or cell components, with or without metabolites, that contribute to observed health benefits. (Source: The International Scientific Association of Probiotics and Prebiotics)