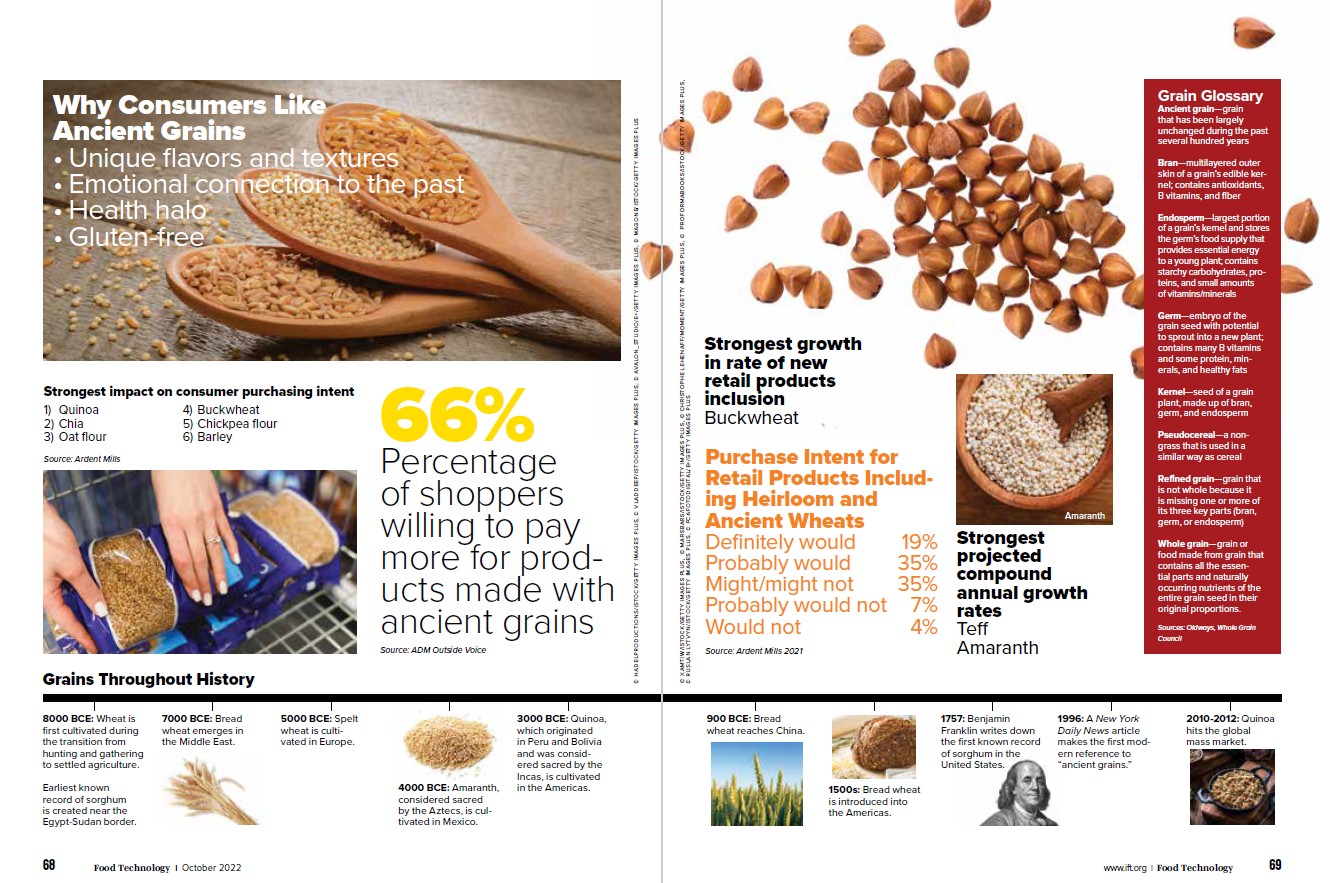 View the PDF
This special edition of the Ingredients column is an illustrated guide to everything you need to know about ancient grains. To view the complete article and for the optimal viewing experience, please download the pdf. 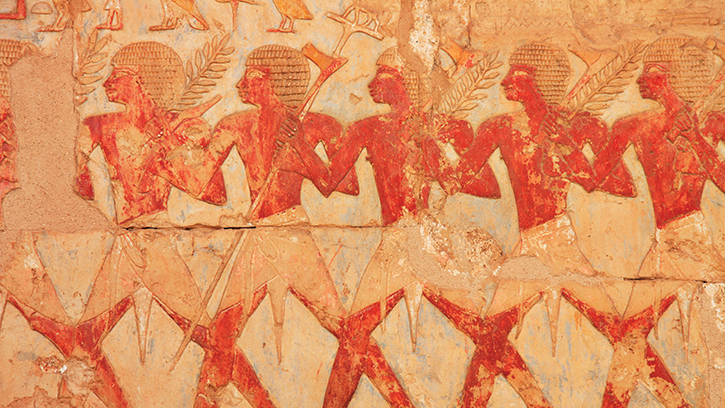 Everything old is new again in the ancient grains market, estimated at $457.35 million globally in 2022 and projected to expand at a compound annual growth rate (CAGR) of 35.5% to $6.3 billion by 2027, according to Market Data Forecast.

The grains’ long-term staying power is reflected in the ongoing growth of new product introductions containing ancient grains, says Keith Petrofsky, director of R&D, Customer Solutions & Product Development, Ardent Mills. These products have jumped from 0.5% to more than 3% since the late 1990s, led by foods made with quinoa.

“The gluten-free fad that took off about 10 years ago opened a lot of doors for some of these lesser-known ancient grains,” says Kelly LeBlanc, director of nutrition at Oldways, a nonprofit food and nutrition organization. “As a vocal minority of people were avoiding wheat, barley, and rye, food companies developed creative products featuring gluten-free ancient grains like quinoa, amaranth, millet, and sorghum.”

What makes a grain ancient? Marketers have touted the term for everything from corn to wild rice, but the Whole Grains Council defines ancient grains as those that have been largely unchanged during the past several hundred years. That definition eliminates modern wheat but encompasses earlier wheat varieties like spelt and heirloom editions of common grains such as black barley.

Ancient grains are currently just a small piece of the overall grain market because most are grown in low quantities at higher expense, with their tough hulls requiring more pre-milling processing for a lower yield than hybrid wheat. But with two-thirds of shoppers ready to pay more for products made with ancient grains, according to ADM Outside Voice, the category is ripe for development. 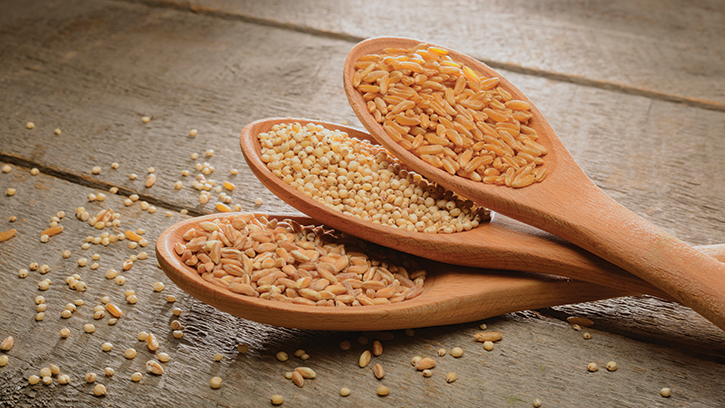 Endosperm—largest portion of a grain’s kernel and stores the germ’s food supply that provides essential energy to a young plant; contains starchy carbohydrates, proteins, and small amounts of vitamins/minerals

Germ—embryo of the grain seed with potential to sprout into a new plant; contains many B vitamins and some protein, minerals, and healthy fats

Kernel—seed of a grain plant, made up of bran, germ, and endosperm

Refined grain—grain that is not whole because it is missing one or more of its three key parts (bran, germ, or endosperm)

Whole grain—grain or food made from grain that contains all the essential parts and naturally occurring nutrients of the entire grain seed in their original proportions. 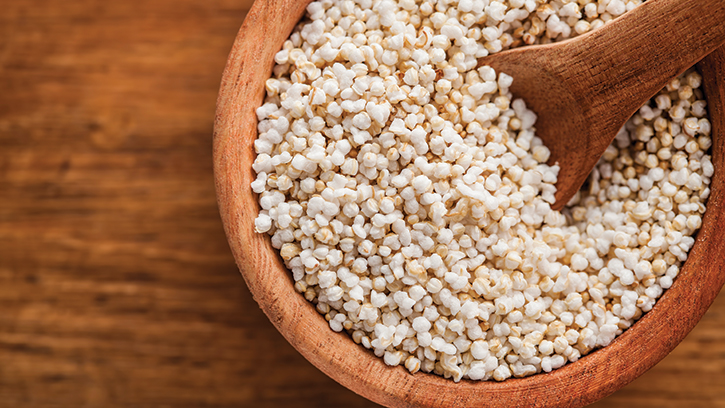 Ancient Grains from A to Z

Amaranth—pseudocereal used as a grain

Buckwheat—pseudocereal used as a grain

Quinoa—pseudocereal used as a grain

Teff—seeds of an Ethiopian cereal grass