Food and ingredient companies spend tens of millions of dollars a year trying to figure out what consumers really think about their products, sorting taste test results and focus group views to gauge what shoppers actually might do when they get into the aisles of a supermarket.

Now, Mario Ubiali is telling the industry that there’s a neuroscientific shortcut to getting authentic responses to those crucial questions, and it’s an avenue that’s much more truthful than anything consumers will tell researchers: Let their brains answer directly through an electroencephalogram (EEG) test.

Ubiali is an Italian entrepreneur and scion of a metal processing empire who is building his startup, Thimus, on the notion that the human brain will yield specific information in EEG tests that bespeak the individual’s unfiltered responses to food-related sensory stimuli, including taste, texture, smell, and even aftertaste. Thimus applies demographic and other data to help make sense of the results and predict actual consumer purchase behavior.

"The Thimus EEG machines read the brain activity tied to humans’ involuntary responses to stimuli created when someone places a food product in front of them."

“Companies come to us about how they can add a layer of certainty to consumer preferences and behavior by reinforcing their traditional data with new data,” Ubiali says. For added value, Ubiali maintains, the Thimus technology also can help industry players more rapidly pivot into product development efforts that meet consumers’ sustainability expectations.

“Now everyone in the industry is facing the dilemma of how do we nudge, drive, convince, push the world population in a much more sustainable way of producing food,” Ubiali says. “The only way to drive people to positive change in terms of food habits and systems is to understand what it is that plays a role in forming fulfilling emotional and cultural experiences with food, and how do we build on those elements to transfer them to the design of new foods.”

Some outside evaluators believe Thimus’ concept has promise. “It appears like it could have real implications to the consumer insight space,” says Brett Brohl, chief of Bread and Butter Ventures, a food industry venture capital firm and head of TechStars’ food and ag-tech practice. “It could take understanding your customer to the next level.”

Thimus is rapidly raising money from investors as the company commercializes its technology platform and seeks out customers. The company provides portable EEG machines for conducting the research and then, importantly, interprets the results for its clients.

Right now, the company is selling services and research to large U.S. and European food companies; Thimus is launching product “co-creation capabilities” this year with its own chefs leveraging insights from its research. By 2023, the company plans to introduce software as a service that companies can license from Thimus and use to conduct their own research with small EEG machines. “That’s where the real scalability for us will come,” says Ubiali, who’s also hoping to complete a $1.25 million round of financing later this year.

“Our technique reliably measures preferences in emotional engagement, tapping straight into implicit processes in the brain,” Ubiali explains. “We can help companies by providing much better, scientifically unbiased, and repeatable data about what was going through a person’s mind in drinking three samples of a beverage.” Thimus uses artificial intelligence and machine learning to interpret the neuroscientific information and “decontaminate” it, then adds it to the results of “classic surveys” and other traditional data. “And we can say, ‘Go with this one,’” says Ubiali.

The Thimus EEG machines read the brain activity tied to humans’ involuntary responses to stimuli created when someone places a food product in front of them. “That can be based on blinking their eyes or scratching their nose, for instance,” Ubiali says. He explains that the brain starts by using visual information to create certain expectations about a product such as, “I’ve seen this before. The color says there’s chocolate inside.

“Then they smell the product, and the whole world opens up. We can measure how engaged they are, how intense their cognitive activity is, if the brain is trying to understand whether the smell reminds them of something. We can measure levels of familiarity in the food’s impact and the level of expectation. Is there high emotional activation because they’re experiencing something?”

Similarly, the EEG continues taking impressions as the consumer tastes the product and the brain reacts to taste and texture. “We can observe dynamics as fine as whether people find something difficult to swallow, and how pleasant or unpleasant the taste is,” Ubiali says. There’s even data generated by how the brain responds to a product’s aftertaste in what he calls the “approach-avoidance” phase of consumer reaction.

"Our technique reliably measures preferences in emotional engagement, tapping straight into implicit processes in the brain." 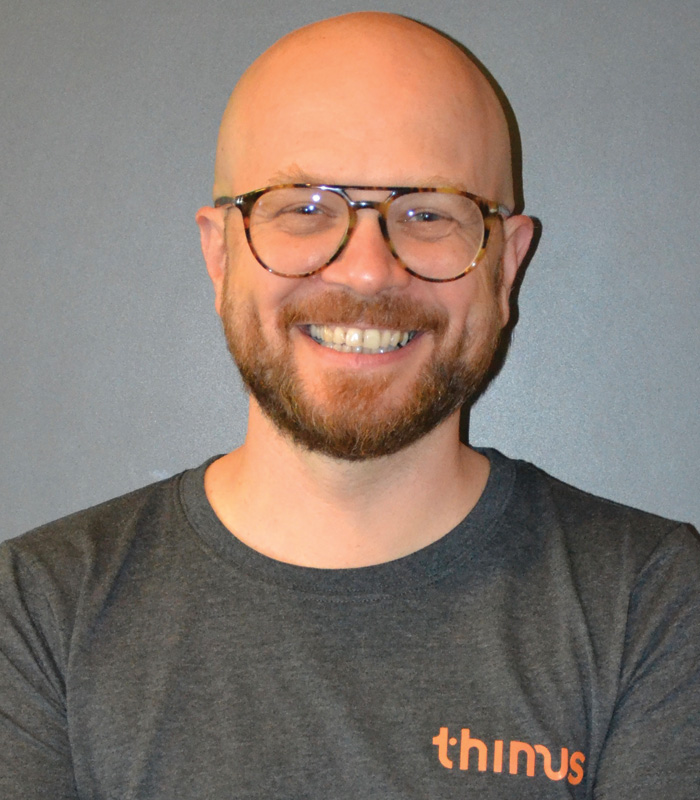 And in the end, Thimus is able to demonstrate whether a particular consumer would actually purchase a product. “Do they want another bite?” he says. “Will they go out and buy it? That’s where we can produce a statistical correlation of 0.9 with their declared [intent] and consumption.”

Some are skeptical of the technology’s viability. “People act differently in some ways when they know they’re being studied, and that can override even their natural impulses,” says Brian Wansink, an author on the psychology of eating and former head of the Food & Brand Lab at Cornell University. “It may not give you the right market reading,” Wansink continues. What is more, he notes, Thimus may be applying “a nuclear missile” to research when “a bow and arrow would do.”

Brohl cautions about assuming Thimus can leap to the next, highly commercialized level. “It appears,” he says, “that it would be incredibly difficult to scale the technology because it seems like it’s very consultative in nature.”

But Ubiali notes that “large companies in flavors, ingredients, and meat alternatives already are coming to us. A lot of these companies now trust the technology.”