Here are three female scientists and inventors who changed the food industry: 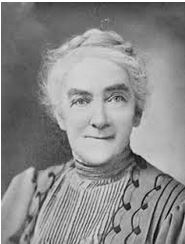 The first woman ever admitted to the Massachusetts Institute of Technology (aka MIT) and one of America’s first female chemists, Ellen Swallow Richards was a pioneer in the field of sanitary engineering. Her work on water quality led to Massachusetts adopting the United States' first water quality standards, as well as the creation of the first modern sewage treatment plant. And her 1885 book, Food Materials and Their Adulterations, led to Massachusetts passing its the first Pure Food and Drug Act. 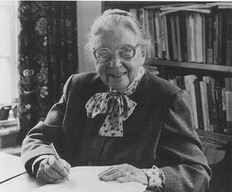 Along with her partner, Dr. Robert McCance, Elsie Widdowson oversaw the British government-mandated rationing and "fortification" of foods during World War II. Faced with food shortages during wartime, she helped oversee the first mandated addition of vitamins and minerals to food, including the introduction of calcium to loaves of bread. The BBC has called Widdowson "a pioneer in the field of nutrition and the importance of early nutrition on health later in life." 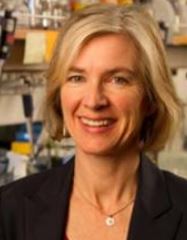 A biochemist, Jennifer Dounda is best known as one of the developers of CRISPR, the gene-editing technique that many scientists could help modify DNA, cure diseases, and transform our food. With CRISPR technology, Doudna told Harvard, scientists can change the genomes of crop plants far more precisely than they could using selective breeding, potentially allowing crops to be robust in adverse conditions, pest-resistant, and able to bear more fruit. In 2015, she and her research partner Emmanuelle Charpentier were named to Time's 100 most influential people list thanks to their groundbreaking work.

What food trends will define 2021? According to the editors of Food Technology magazine, we'll be seeing more mushrooms, fermented foods, and food as medicine in the year ahead.

During SHIFT20, renowned pastry chef Gale Gand led attendees through a virtual baking lesson in which they made Lydia’s Austrian Stuffed Shortbread. There wasn't enough time during the event to answer them all, so Food Technology’s Senior Digital Editor Kelly Hensel followed up with the chef to get the answers to your burning questions.

Industry experts look back on how some of the past flavor trends have evolved in the last five years, focusing in on two that are expected to continue soaring for the foreseeable future.