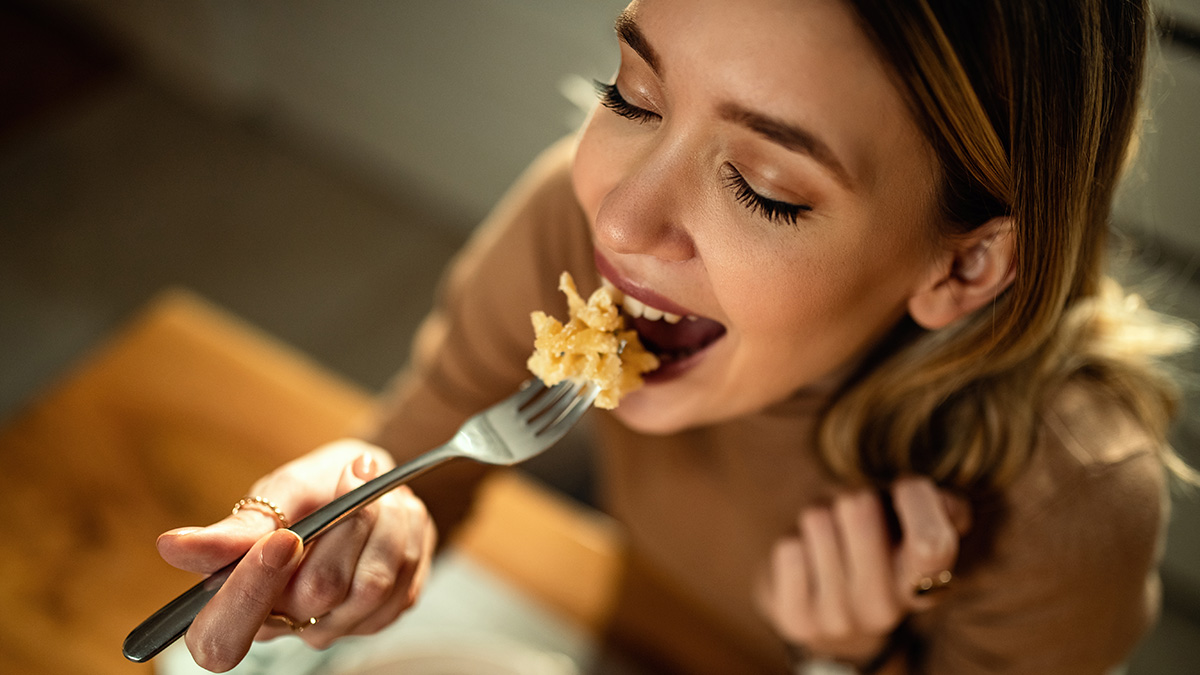 Eating food that aligns with your values can sometimes actually taste better, suggests a growing body of research. While scientists don’t know the exact reason why, it could be that the feeling of satisfaction from doing the right thing also leads to an improved taste experience. That moral–taste connection might one day be used to get consumers to make better food choices, suggests Jonathan Kershaw, a food scientist and researcher at Bowling State Green University, during his FIRST presentation, “I Feel Good so it Tastes Good.”

The idea that consumers like foods that align with their values isn’t new. Several studies have shown how consumers enjoy their values-aligned food products. Examples include eco-friendly fruit and organic chicken.

But just putting a value-based label on food isn’t enough, Kershaw says. “Eco-friendly water doesn't taste better, neither do organic cookies.” But there are a number of important details that can boost the taste experience, including whether the consumer trusts the label and how well the practice identified aligns with the consumer’s values.

“Moral satisfaction”—that is, the good feeling that comes from doing the right thing—may be behind the taste–value connection. “Experimental psychology tells us that there's a connection between our sensory systems and moral judgment,” explains Kershaw. Moral satisfaction could directly improve taste experience, or it could be that feeling good overall somehow also boosts perception of the sensory experience.

Kershaw says he set out to answer what seemed like the next logical question: Can we modify moral satisfaction? And, if so, can we use that to change the way people eat?

He and a graduate student at Bowling Green State University conducted a survey to find out, providing one group of study participants with messages about the health benefits of plant-based eating and another with messages about the environmental benefits of plant-based eating. Both groups reported higher levels of moral satisfaction at the end of the study, but even more so with participants whose values aligned with the messages that they were receiving.

Some changes were observed—the change in moral satisfaction was correlated with higher intake of whole grains, according to Keshaw, and the group receiving the environmental benefit messages reported higher reported levels of tastiness for fruits and vegetables. But these messages would likely need to be combined with other communication strategies to really see an effect, suggests Kershaw.

Ultimately, the question is not whether people can make a difference with their food choices but how they can make a difference. By marketing foods made or grown in a particular way to the consumers who care about the farming or food system practice on the label, you’re more likely to capitalize on the moral satisfaction–taste connection and see a difference.

Jenny Splitter is a freelance science journalist based in Washington, DC.

Ice cream sales have slowed, but frozen novelties are coming on strong as consumers scoop up innovative new treats, including nondairy options.

Center store purchases are being impacted by rising food prices in a number of categories.

The foundation's scholarship program invests in the future of food science.