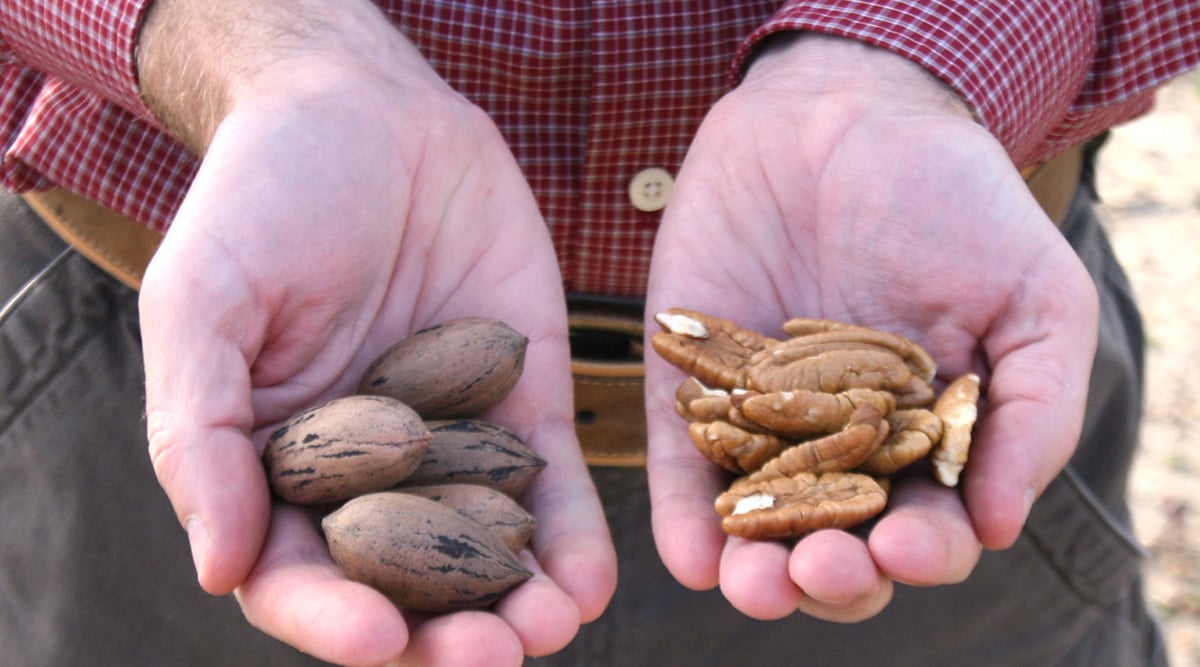 Long at the forefront of plant-based food safety, retired University of Georgia professor Larry Beuchat was instrumental in evaluating Salmonella in low water activity foods. He remains a world authority on a wealth of topics, from the microbiology of fruits, vegetables, nuts, and legumes to fermented foods and food preservatives.

Beuchat, a Pennsylvania native who grew up on a farm selling produce and flowers at the local farmers market, headed south after college to join University of Georgia Griffin Campus in 1972 and never looked back. He published five books and 540 refereed scientific journal articles during his 100% research appointment, and although he didn’t have traditional teaching responsibilities, Beuchat mentored a total of 52 students throughout the years, including 15 postdoctoral fellows.

His colleague Francisco Diez-Gonzalez, who heads the university’s Center for Food Safety, says a true scientist like Beuchat comes around only once in a generation. Beuchat talked with Food Technology recently about his enormous body of research and how it is still impacting the food industry.

What part of your research do you think will have the most lasting impact?
I like to think that the graduate students I have mentored are now serving to advance concepts in food safety through their professional careers.

In addition, research done by my students and others here at the lab has enhanced availability of safe foods in the marketplace. One of [our] biggest breakthroughs was preventing or mitigating spoilage of foods by yeast and molds [and developing] improved methodologies for detecting and enumerating yeast and molds. We also explored the concept of microbial cell injury and ways to use that knowledge to prevent those cells from growing. We developed methods to analyze foods that may have injured pathogenic microorganisms in them. With this information, we established storage techniques that would extend the shelf life of foods.

Are you talking specifically about resuscitating cells using specialized media?
Specialized media and specialized techniques to revive the cells. Knowing the cause of injury at a molecular level, one can develop methodology to detect injured cells. Also knowing the type of injury, one can apply techniques that will likely kill those injured cells rather than allowing them to rest and remain in a state of dormancy.

Have your labs developed any specific media?
We’ve tinkered with different compositions of media, but a specific medium, no. It’s just a matter of trying to understand the behavior of the microbial cell and then design methodology that will be the most sensitive in detecting and enumerating these cells.

"One of the things we've done most recently was to better understand the behavior of Salmonella in sugar—just plain old sucrose."

What do you think about the term “viable but not culturable”?
Well, that’s always been a mystery to me. If it's viable but nonculturable, if there is such a thing, I would say, "Why are we worried about ever detecting it? It won't grow. So leave it alone." But in fact, it may be culturable. And of course, that would put it into a viable and culturable category.

How have you achieved your incredible output of published journal articles?
The fact that I never had a routine teaching commitment in the classroom has helped me focus on several projects at the same time. We have had grant support, and … at the same time, I have always had what I call bread-and-butter projects.

When I had the pleasure of guiding and mentoring students toward careers, I would inform and encourage them to write the results of their work in detail at the end of each experiment. At the end of a very long series of experiments, they essentially had begun to write their thesis or dissertation. It helped them to generate manuscripts that would be acceptable to refereed scientific journals and eventually be published.

I should back up and say that it’s always been very important to design experiments such that statistical analyses can be applied. If your experimental design is proper, it won’t be questioned later by someone who sees some glitch or some gap in the way experiments were done.

When I was in graduate school, a very wise professor told me that “80% of research is done at the desk and 20% in the lab." I thought he was a bit nuts, but the fact is that literature review is extremely important. Today it’s quite easy to conduct a literature review with the electronic technologies out there.

What are some of the most high-impact studies you’ve conducted?
One of the decontamination techniques that we used to sanitize seeds before production in alfalfa sprouts was taken up and recommended by the Food and Drug Administration. Sprout producers now use calcium hypochlorite to treat seeds before they’re put into the production system.

One of the things we’ve done most recently was to better understand the behavior of Salmonella in sugar—just plain old sucrose. We found, quite surprisingly, that Salmonella can survive for several weeks, even months, depending on the storage temperature of the sugar. Sugar is usually not analyzed for pathogens in processing plants. But possibilities exist for contamination if it is used as an ingredient in a product that has no subsequent treatment to kill pathogens.

Dried fruits is another area that we’ve had some success in providing information that will help the industry control or mitigate contamination of those products.

"I think the viability of some pathogens in low water activity foods under unfavorable conditions, and the length of time they can survive, [is] quite surprising."

Let’s talk about spoilage in fresh fruits and vegetables. What are some new preventive technologies?
I’ve seen some fairly recent reports on the use of cold plasma, which shows some promise. UV light [is] not new, but in terms of application to surfaces of fruits and vegetables, it needs to be looked at a little more deeply. Of course, radiation is well-known, but acceptance by the consumer may not be there yet, at least in the United States and in many countries.

I’ve seen some articles also on treatment of fresh produce with volatile chemicals from organic acids and essential plant oils. They may have some application in situations where the sensory qualities are not compromised. That’s a dilemma when considering essential oils. There are many that have antimicrobial activities, but at the levels being used or that could be used, the food may not be edible. Or at least it wouldn't be acceptable in terms of flavor and aroma.

Will we ever be able to provide risk-free raw produce to the consumer?
No, not 100% free of any pathogen, because of practical implications and the cost of producing such a product.

What’s the most surprising or unexpected result that either you or your students have uncovered?
Over the years, we’ve worked with heat-resistant mold ascospores. Some heat-resistant molds can grow at very low oxygen levels, less than 0.1% oxygen. And that was a bit of a surprise. Also, these molds can grow at that level of oxygen and form mycotoxins.

I think the viability of some pathogens in low water activity foods under unfavorable conditions, and the length of time they can survive, was quite surprising. Some of these foods include infant formula, seeds intended for sprout production, peanut butter, and chocolate. These pathogens can survive for several months, even years in some types of dried products. But consider what we do in the laboratory to preserve our microbial cultures—we freeze-dry them. We depend on that dry environment for preserving viability and using them later in experiments.

"UV light [is] not new, but in terms of application to surfaces of fruits and vegetables, it needs to be looked at a little more deeply."

Is there a low water activity food that you would like to have studied but never did?
Yes—salt, for some of the same reasons we looked at sugar. The osmotic conditions imposed by sugar are very stressful to microorganisms. And one would think, “Well, Salmonella cells would die fairly quickly in sugar.” But they didn’t.

The ionic and osmotic stresses caused by the exposure of cells to salt—sodium chloride—would likely be similar. But this is a hypothesis we haven’t tested. Salts may not be immediately lethal to some pathogens. These are all speculations, but it’s another area that I think somebody has to investigate.

What are some of the most important food safety challenges you see on the horizon?
There are now many facilities that cater and deliver foods to various venues, including private homes. So the maintenance of safe foods in that system needs close attention.

Also, the challenge has always been to educate the consumer and restaurant staff concerning all aspects of handling food. This is a continuous process that has had a positive impact on reducing the risk of foodborne illness. But there’s such turnover of personnel! There are new people that need to be continuously educated with regard to food safety.

Fun Fact: His favorite question to ask students on their defense examination was: “What microorganism causes the most deaths?" Answer: Saccharomyces cerevisiae, which produces alcohol.