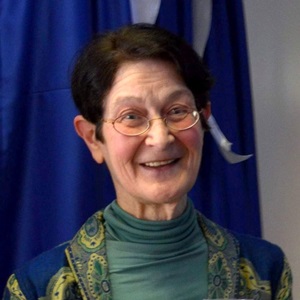 Slade began her career in the food industry as a research scientist at General Foods, following the completion of a PhD at Columbia University in 1974 and a postdoctoral fellowship at the University of Illinois. Later she served as a research fellow with Nabisco and Kraft Foods.

Together with Levine, Slade earned 47 granted patents that resulted in many commercial food advancements, in areas such as cookies, crackers, snack chips, and soft ice cream. After her retirement from Kraft Foods in 2006, she launched a food consulting business, Food Polymer Science Consultancy, in which she and Levine advised many global food and beverage companies. Late in her career, she was honored by having a new soft wheat cultivar, “Louise,” named after her by the cultivar’s breeder, Kim Kidwell, and the U.S. Department of Agriculture Western Wheat Quality lab.

During the course of her career, Slade was the recipient of many honors, including, along with Levine, IFT’s Industrial Scientist Award for the pair’s contributions to the advancement of the food industry, and the Tanner Award from IFT's Chicago Section. Additionally, Slade and Levine were honored with a three-day symposium at the American Chemical Society’s annual meeting in 2018, titled “Water in Foods Symposium in Honor of Louise Slade and Harry Levine.”

At the time of her death, Slade was a member of the board of directors of the Monell Chemical Senses Center, a research organization she joined in 2008 as an affiliated scientist. “Louise was an ardent supporter of Monell, a dedicated scientist, a colleague of mine at Nabisco/Kraft and, most importantly, a friend,” said Todd Abraham, chief innovation officer of The Cronos Group and chair of the International Advisory Council for Monell. “She was incredible in her ability to stay current in so many diverse fields of science and bring those insights to bear on many of Monell’s activities as well as other consulting and mentoring relationships. She will truly be missed by the scientific community and her network of friends.”

Panelists in a multi-session conversation at IFT FIRST described types of food fraud seen in the industry and how companies can protect themselves.

A panel of experts from startups, academia, and non-profits shared insights, trends, and groundbreaking solutions to the global food loss and waste challenge.