Browse through any health food store and you are sure to find a section dedicated to sports nutrition. Products that focus on boosting energy, increasing muscle mass, or improving muscle restoration populate shelves at gyms and even mainstream supermarkets. Nutrition bars, energy drinks, sports beverages, and protein mixes make up the segment in the functional food and dietary supplement industry often referred to as sports supplements, performance-enhancing products, or ergogenic aids.

In its report, “The Market for Performance Foods and Drinks—A Global Analysis,” England’s Leatherhead Food Research Association (LFRA) totaled the market for performance food and drinks in eight countries (Australia, France, Germany, Italy, Japan, Spain, United Kingdom, and the U.S.) at more than $11 billion in 2001. Japan had the largest market in value and per-capita expenditure terms. The U.S. had the second-largest market, ahead of the UK, which was the largest European market.

Globally, it is not just athletes that desire products in the sports nutrition arena, but also the general public. For example, a recent Mintel Consumer Intelligence study compared the attitudes of adults and teens toward sports drinks. It found that nearly 60% of adults and 75% of teens consume sports drinks as an “anytime” drink rather than just for exercise.

Sports nutrition bars, energy drinks, and protein-building beverages find favor with those consumers seeking benefits such as increased stamina or muscle mass and overall improved nutrition. Nutraceuticals used to promote these conditions include botanicals, amino acids, proteins, and vitamins. Here’s a brief look at some of these.

Energy Boosters
In laboratory studies, caffeine at a dose of about 6 mg/kg body weight has often proved effective at enhancing exercise performance lasting 1–120 min (Graham, 2001). The mechanisms by which this stimulant elicits its ergogenic effects are unknown.

The American College of Sports Medicine (ACSM), in its 1999 “Comment on Caffeine and Exercise,” said, “The ergogenic effects of caffeine are present with urinary caffeine levels that are well below the International Olympic Committee allowable limit (12 μg/ml).” Therefore, athletes could consume caffeine before a competition. ACSM, however, suggested banning caffeine prior to endurance competitions, requiring athletes to abstain from caffeine approximately 48–72 hr before competition. This limitation would ensure that no athlete had an unfair advantage on race day, but would not prevent caffeine use in training.

B Vitamins
Both energy drinks and sports beverages contain B vitamins. In January 2002, Gatorade Co., Chicago, Ill., rolled out a fitness water that contains B vitamins. Propel Fitness Water (Fig. 2) is designed to provide active consumers and fitness enthusiasts with a better hydration alternative to plain water. “Propel Fitness Water is Gatorade’s first creation of another hydration beverage since the introduction of Gatorade itself 30 years ago,” said Mary Dillon, vice president of product offerings and new brands for the company. The beverage contains the B vitamins niacin, B–G, and pantothenic acid for energy metabolism. It also contains vitamins C and E to help neutralize free radicals.

A joint position paper of ACSM, the American Dietetic Association, and Dietitians of Canada stated that B-complex vitamins have two major functions directly related to exercise (ADA, 2000). “Thiamin, riboflavin, vitamin B-6, niacin, pantothenic acid, and biotin are involved in energy production during exercise whereas folate and vitamin B-12 are required for the production of red cells, protein synthesis, and in tissue repair and maintenance.”

The paper states that available data suggest that exercise may slightly increase the need for these vitamins perhaps up to twice the current recommended amount; however, supplementation with single micronutrients is discouraged. “These increased needs can generally be met by higher energy intakes required of athletes to maintain body weight.”

Vitamin E
The May 2002 issue of Tufts University Health & Nutrition Letter presented information on the potential of vitamin E to counter body damage from exercise (Anonymous, 2002). Jennifer Sacheck, an exercise physiologist at Tufts, studied groups of physically active men and found that older people in particular, including very fit seniors, often suffer after exercise from an increase in free radical activity that damages body tissue.

Sacheck hypothesized that giving older exercisers supplements of vitamin E to dampen free radical activity would take the edge off the muscle damage that exercise could cause. She recruited a group of physically active men ages 66–78 and a younger group ages 23–35. Working with the heads of the Nutrition, Exercise Physiology and Sarcopenia Laboratory and the Antioxidant Research Laboratory at Tufts, she gave all the men either 1,000 IU of vitamin E every day for 3 mo or a placebo. Both before and at the end of the supplementation period, she also asked all of them to run for 45 min (15 min at a time with 5-min breaks) and then had them evaluate their soreness. In addition, the men underwent a battery of blood tests that measured markers for muscle damage, inflammation, and stress from free radicals.

Sacheck’s thinking was that the older men who took vitamin E would get the biggest benefit and that the younger men would get little, if any benefit because their bodies would “know” not to go into free radical overproduction. At the end of the study, results showed that the older men experienced less inflammation, and, surprisingly, the younger ones had less soreness and muscle damage.

Sacheck cautioned, however, that it’s not at all clear whether vitamin E would help most regular exercisers. The men she looked at tended to be much more fit than the average person. In addition, she noted that “this was a short-term study, and the volunteers were under medical supervision and not taking any medications. Those most likely to get some benefit are older exercisers who are ‘above average’ in fitness,” she said.

Protein
Protein plays a major role in maintaining muscle tissue. Registered Dietitian Janalou Phelan, in Nutrition 101 for Athletes, wrote, “Depending on your athletic goals, your protein needs range from 0.55 to 0.81 grams of protein per pound of body weight per day, or about 80–122 grams per day for a 150 pound athlete. Serious weight lifters are at the upper end of the range.” Athletes often look to soy and whey as protein sources in sports beverages and bars.

• Soy protein has a role in increasing the body’s antioxidant status, reducing fatigue after exercise, and minimizing tissue inflammation that occurs during exercise, according to information from Sanitarium, an Australian-based manufacturer of health and vegetarian food products.

A study of 94 male and female elite badminton players aged 10–14 years looked at the effects of soy supplementation (Husaini et al., 1999). Researchers found that when given a soy protein–based, nutrient–rich beverage compared to a carbohydrate beverage control, the adolescents had improved measurements of VO2 Max and iron levels. (VO2 Max is the maximum amount of oxygen taken up by a person exercising under a set of certain conditions. An improvement in VO2 Max is generally accompanied by an enhancement of physical strength and performance). The greatest improvement in VO2 Max was after 4 mo of consuming the soy protein based beverage. The badminton players’ improvement in VO2 Max was accompanied by an increase in physical strength and performance.

Soy protein is found in various types of sports nutrition bars. Bally Soy Protein Bars (Fig. 3) were introduced in its retail outlets throughout the country in August 2002. The bars provide 12 g of soy protein with 19 vitamins and minerals, including folic acid and calcium.

• Whey proteins have been used by athletes following strenuous activity to help the body repair and rebuild muscle tissue, according to information from Davisco Foods, Eden Prairie, Minn. Exercise breaks down muscle tissue, which has a negative effect on strength and endurance. High-quality proteins like whey are required to help muscles rejuvenate after exercise.

Research has shown that protein should be consumed within 2 hr of exercising, either before or after, to provide the most benefit. Muscle tissue needs the nourishment during this period to start the repairing and rebuilding process.

Whey proteins have a high concentration of the branched-chain amino acids (BCAAs) leucine, isoleucine, and valine. It is thought that BCAAs help decrease protein degradation and increase protein synthesis.

Research conducted in 1992 at Pripps Bryggerier, Research Laboratories, Bromma, Sweden, looked at the effect of BCAA supplementation (Blomstrand and Newsholme, 1992). A mixture of the three BCAAs was supplied to subjects during two types of sustained intense exercise, a 30-km cross-country race and a full marathon, and the effect on plasma and muscle concentrations of aromatic and branched-chain amino acids was studied. 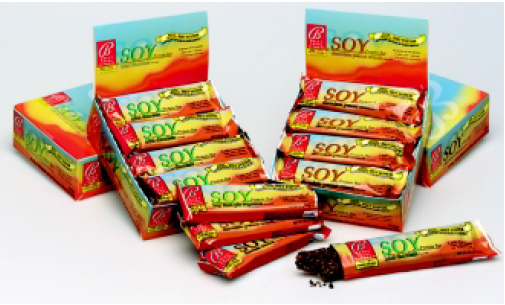 The authors hypothesized that since tyrosine and phenylalanine are neither taken up nor metabolized by skeletal muscle, the increases in their concentrations in muscle might indicate net protein degradation during exercise. When the subjects were supplied with BCAAs during exercise, the increases in tyrosine and phenylalanine concentrations in both muscle and plasma were prevented. These results suggested that an intake of BCAAs during exercise can prevent or decrease the net rate of protein degradation caused by heavy exercise.

According to Davisco, whey proteins also enhance the production of glutathione, one of the body’s natural antioxidants. Whey proteins help maintain adequate glutathione levels to aid the immune system and increase muscle stamina.

Creatine
Creatine is believed to increase high-intensity exercise capacity and muscle mass during training. In one study (Balsom et al., 1993), athletes supplemented with a placebo or 20 g of creatine monohydrate per day for 6 days had to perform ten 6-sec bouts of high-intensity cycling exercise, separated by 30-sec recovery periods. The athletes were requested to maintain a target speed of 140 revolutions/min. The resistance on the cycle was determined so that the athletes were unable to maintain the target speed for more than 4–6 bouts. No differences were observed between the two groups prior to supplementation; however, short-term creatine supplementation significantly increased performance.

According to Degussa, more than 20 clinical trials have shown that creatine supplementation significantly improves the ability to produce higher muscular force and/or power output during short bouts of maximal exercise. The greatest improvements in performance can be found during a series of repetitive high power output efforts, separated by a fairly brief period of rest, e.g., 20–60 sec. The rest is sufficient to permit enhanced recovery of phosphocreatine concentrations.

Clinical research indicates that supplemental L-carnitine is beneficial in optimizing performance, delaying the onset of fatigue, and enhancing the recovery process, according to Lonza Inc., Fair Lawn, N.J. The company cites a study by Swart et al. (1997) in which marathon runners who supplemented with L-carnitine (2 g/day for 6 weeks) increased their peak treadmill running speed by an average of 5.7%.

With these and other nutraceuticals, more research is required to further support the potential benefits and determine any risks or side effects. The future is bright, however, for nutraceuticals in the sports nutrition market.

1. Issuing guidance on qualified health claims for conventional foods and dietary supplements. Any such claims must be pre-approved by FDA and meet the “weight of the scientific evidence” standard, including support by a credible body of scientific evidence. To meet the criteria for making a new, qualified claim on a conventional food, the manufacturer would need to provide a credible body of scientific data supporting the claim. The company would need to demonstrate, based on a fair review by scientific experts of the totality of information available, that the “weight of scientific evidence” supports the proposed claim. All qualified health claims will require review by FDA before they may be used on the food label.

3. Establishing an FDA Task Force on Consumer Health Information for Better Nutrition. This task force will develop a framework to help consumers obtain accurate, up-to-date, and science-based information about conventional food and dietary supplements. This includes the development of additional scientific guidance on how the “weight of the evidence” standard will be applied, as well as the development of regulations that will give these principles the force and the effect of law.