Pilot plants are generally relatively small scale operations in which new processes and products are tested and developed as a step in scale-up and commercialization, but they can also be used for teaching, research, and demonstration. Each of these missions has certain implications for designing and equipping a pilot plant. When more than one mission exists, some confusion can result. 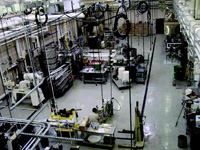 How Food Companies Use Them
Many food companies have had pilot plants for years, and certain traditions tend to accrete around them. For example, a company that processes seasonal crops, such as tomatoes, may have a tradition of processing each new crop on a small scale into a range of products, such as juice, sauce, and paste. The stated purpose is to identify any issues that the manufacturing plants might encounter in the new season. The pilot products are evaluated for solids, acid, taste, color, and texture.

One might ask if the same scouting purpose might equally be accomplished by fundamental measurements on the raw material. Is it necessary to demonstrate every manufacturing step and produce a final product? One answer might be that yes, it is necessary, to uncover unknown or non-obvious consequences of weather, variety changes, or cultivation. Another answer might be that more fundamental measurements in the laboratory, combined with years of experience, could suffice.

Pilot plants can be expensive to build, equip, and operate, so such questions are being asked more often, especially with consolidations that lead to closing of older laboratories and pilot plants and the question of what, if anything, to build later in replacement.

University Pilot Plants Have Their Own Challenges
Chemical engineering departments almost always have a unit operations laboratory containing a variety of process equipment, such as evaporators, dryers, distillation columns, heat exchangers, and pumps. A core course is usually taught in which teams attempt to operate the equipment, following an experimental plan, and produce a written and oral report. By most definitions, this laboratory would not be considered a pilot plant, because it usually is not integrated to produce a final product. Sometimes graduate research is performed on existing or specially constructed units, which often become incorporated into the teaching function later.

Food science, agricultural engineering, and other disciplines often have their own versions of this teaching and research facility. In the case of food science,the laboratories may be true pilot plants in that they are miniature dairies, fruit and vegetable processing plants, or bakeries. Often these are the results of another tradition, in which universities processed milk, meat, and crops, sometimes selling the fluid milk, cheese, ice cream, and meat to local patrons. These traditions may be hard to connect to today’s teaching and research demands, but they continue in part because they generate some income for the department and, not insignificantly, because local customers have come to depend on them.

As academic departments grow and acquire new facilities, the question of what type of pilot plant or laboratory to have arises. What is the mission of an academic pilot plant, as distinguished from that of an industrial or research institution? It can be argued that the best teaching and research function may come from a non-integrated collection of small, movable unit operations, reminiscent of the chemical engineering approach. For academic purposes, maximum flexibility is important, while in an industrial setting, less flexibility may be required.

A consequence of flexibility is the influence on design, especially of utility systems. Where equipment is relatively fixed in location and function, electric power, steam, water, gas, and air may be hard-piped or -wired. Controls can be centralized and maybe even automated. In an academic environment, the equipment may be movable (often on casters), so utility connections are temporary. A good practice in an academic design is to have clusters of utility supplies at regular intervals around the periphery of the room. Because equipment is only used briefly, it is acceptable to have hoses and wires run along the floor, although precautions should be taken to prevent tripping hazards.

Likewise, floor drains should be evenly distributed where wet processes may occur, while with more fixed equipment, drains can be tailored to the need, and even eliminated in some cases. Proper drainage implies sloping floors,which then requires that equipment have adjustable legs that can be used to level the equipment. The floor slope does not need to be as severe in an academic lab as in a more heavily used plant.

Equipment and Facility Sanitation Essential
An industrial pilot plant should have sanitary design features appropriate to its use. A good principle is that dry processing areas should be kept dry, while liquid processing areas should be designed to drain well and to resist the strong cleaning agents often used in sanitation. Since food produced in an industrial pilot plant may be consumed by people in small market tests, the facility should comply with Good Manufacturing Practices. If products contain more than 2% meat or poultry, the facility must comply with U.S. Dept. of Agriculture regulations and probably needs to acquire its own establishment number, meaning that it has passed inspection by USDA. If the products made involve fruit juice, seafood, meat, or poultry, the facility needs a Hazard Analysis Critical Control Point (HICCUP) plan, according to Food and Drug Administration regulations.

Clearly, there are some design and operation consequences of manufacturing food for human consumption in a pilot plant. These inconveniences are offset by the ability to manufacture relatively small quantities, compared to the capability of a full-scale plant. Furthermore, it is well to realize that a pilot plant, in development mode, is intended to produce a lot of waste as the team learns how to make something new. It is better to do this on a small scale than on a large one.

An academic pilot plant rarely produces product for human consumption, but it should be designed and operated as if it did. Thus, architectural finishes and details should be representative of those used in good practice on an industrial scale. This can be a challenge when the design professionals are experienced in laboratory, office, and classroom design, but not industrial factory design.

There are different practices in facility design for dairy, meat, baking, fruit and vegetable, candy and snack processing. Since several, if not all, of these segments may be demonstrated in an academic facility, the academic pilot plant should meet the most stringent requirements. This may mean epoxy floor and wall finishes, stainless-steel drains, culinary steam supply, treated potable water, and water resistant electrical outlets, as examples.

Finding the Right Equipment
Almost every pilot plant, academic or industrial, will have some or all of the following: jacketed kettles of several sizes (5–100 gal), positive-displacement and centrifugal pumps of several sizes (usually mounted on movable carts), several heat exchangers (plate, triple-tube, shell-antibes), plate dryer, freeze dryer, retort, clean-in-place (SIP) skid, ice cream freezer, and/or a selection of valves, pipe fittings, and sanitary hoses. Some may also have some packaging equipment, such as a can closer, aseptic bag filler, or pouch filler and sealer. Support equipment includes bench scales, floor scales, bench instruments (pH meter, spectrophotometer, conductivity meter), computers, and temperature recorders. Most of this equipment can be found as the smallest available offerings of typical vendors, many of whom are listed in IFT’s Annual Guide to Food Industry Services (www.ift.org/annualguide) or World FoodNet (www.worldfoodnet.com).

One option for teaching and research is use of small-scale equipment offered by several firms. For example, Armfield Ltd., Hampshire, England, and Jackson, N.J. (phone 732-928-3332,www.armfield.co.uk), offers a versatile unit that performs high-temperature, short time (DIST) pasteurization and ultrahigh-temperature (UT) sterilization. Another unit recently offered by Armful is a miniature “aseptic” or ultra-clean filler. (Technically, “aseptic” in the United States describes a process that has been filed with FD and is capable of being closely monitored.) Pick Heaters Inc., West Bend, Wis. (phone 800-233-9030, www.pickheaters.com), offers a pilot-scale sanitary cooker that operates by direct steam injection. Microthermics, Inc., Raleigh, N.C. (phone 919-878-8045,www.microthermics.com), offers complete aseptic and UHT processing units that run at 300–2,500 mL/min with an in-line homogenizer and can be used to produce test quantities of new products.

Because small-scale equipment embodies even more engineering effort than a larger-capacity unit, they may seem relatively expensive, but they are fully integrated, often are portable, and are relatively easy to operate and maintain. Rarely does an academic institution have enough capital at once to fully equip a pilot plant using this type of complete small-scale unit, but it can be a worthy ambition to acquire several such units over time.

Third Parties Are Another Option
For industrial concerns embarking on a new venture, doing development work at a third party location can be an attractive option. Some universities have built centers that serve both their own teaching and research needs and are available for contract work. Examples include the University of Nebraska, which has a medium sized twin-screw extruder (contact Steve Taylor at 402-472-2833) and Purdue University, which has particular strength in aseptic processing (Steve Smith, 765-494-7706). The Guelph Food Technology Center, Guelph, Ontario, Canada, while near a university, is an independent center with a wide range of capabilities (Terry Maurice, 519-821-1246). The National Center for Food Safety and Technology (NCFST), Summit-Argo, Ill. (Darsh Wasan, 708-563-1576) is operated by the Illinois Institute of Technology with substantial support from FDA and has a large pilot plant (built originally by Corn Products) with a wide variety of aseptic, high-pressure, and thermal processing equipment.

In using a third party, firms need to balance the inconvenience and potential risk to confidentiality against the speed, cost savings, and potential contribution of skills available at the center. With an outside center, there often are specialized skills and experience available to contract users. In the case of NCFST, there is the potential for direct collaboration with FDA scientists who may have a role in approving a novel preservation process.