[DUE TO THE AMOUNT OF GRAPHICS IN THIS ARTICLE, IT IS ADVISED THAT YOU DOWNLOAD THE PDF VERSION FOR BETTER READABILITY]

IFT—a nonprofit professional scientifc society whose 22,000 members worldwide are active in all aspects of the food field, including industry, government, and academia —surveyed its members in the United States in 1966 and 1979, then every two years since 1993, with the exception of 2001 when it conducted a starting salary survey only.

The results of each survey were provided to IFT members via publication in Food Technology. In addition, IFT has received numerous requests for survey results from nonmembers and from Human Resource personnel in food companies.

The surveys prior to 2001 were conducted by mail, but the subsequent surveys were conducted via the Internet. For the current survey, an e-mail invitation to participate was sent in October–November 2005 to the 12,625 IFT Members and Professional Members in the U.S. for whom we had valid e-mail addresses. The e-mail message provided instructions on how to access a 32-question survey on the Internet. The results were kept completely anonymous and confidential, and all returns were tabulated by Data Lab Corp., Niles, Ill. By the cutoff date, 3,732 responses had been received, for a 29.6% return.

This article summarizes the results in three sections— membership demographics, employment data, and median salary data for full-time employees. Illustrations are not drawn to scale, and percentages may add up to more or less than 100% because of rounding. 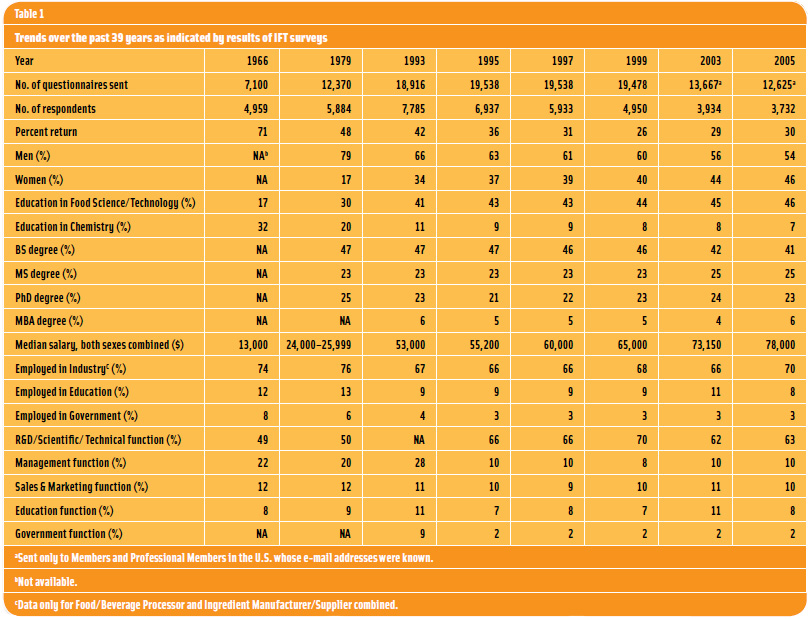 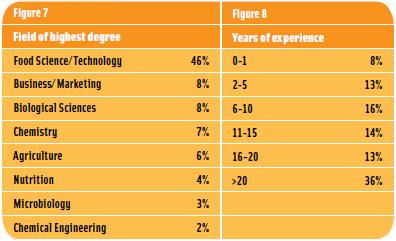 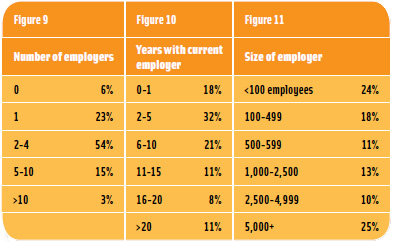 Full-time salaries below $10,000 and salaries of $300,000 or more for persons with less than 6 years of professional food-related experience were eliminated from the tabulations, since they appear to be unrealistic. The data are presented in terms of the median salary, meaning that half of the respondents make more than that amount and half make less. 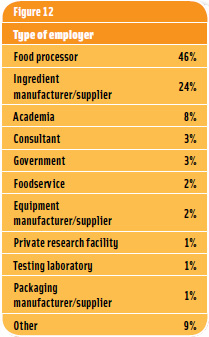 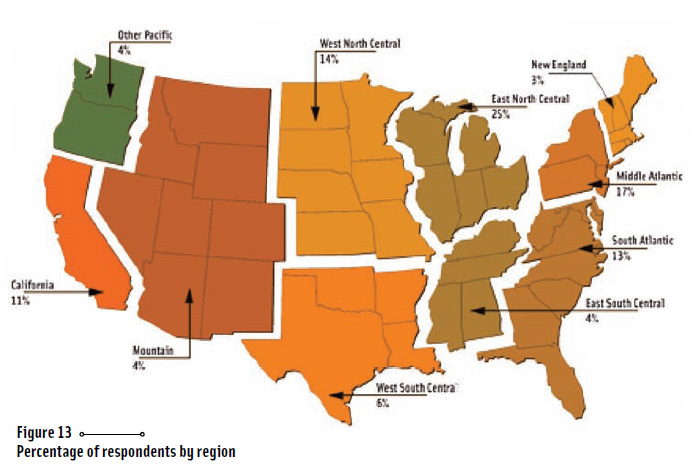 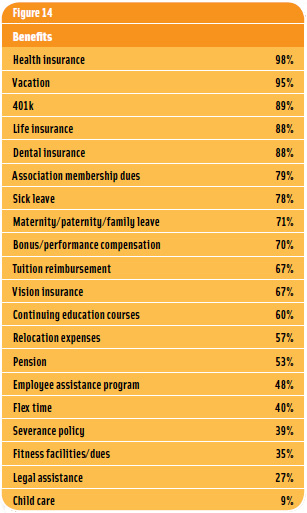 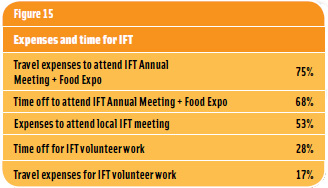 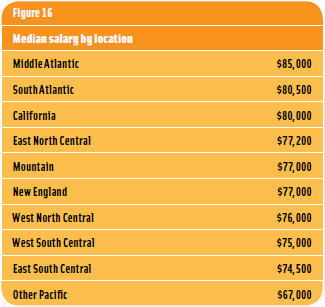 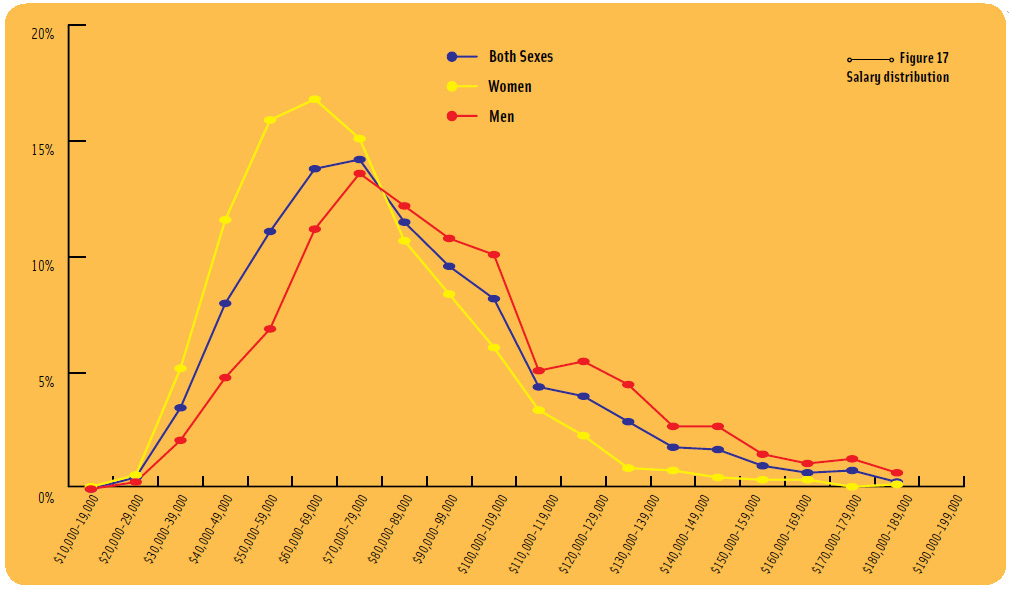 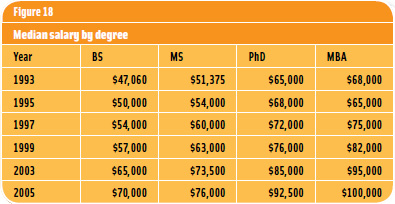 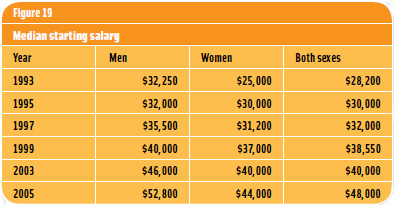 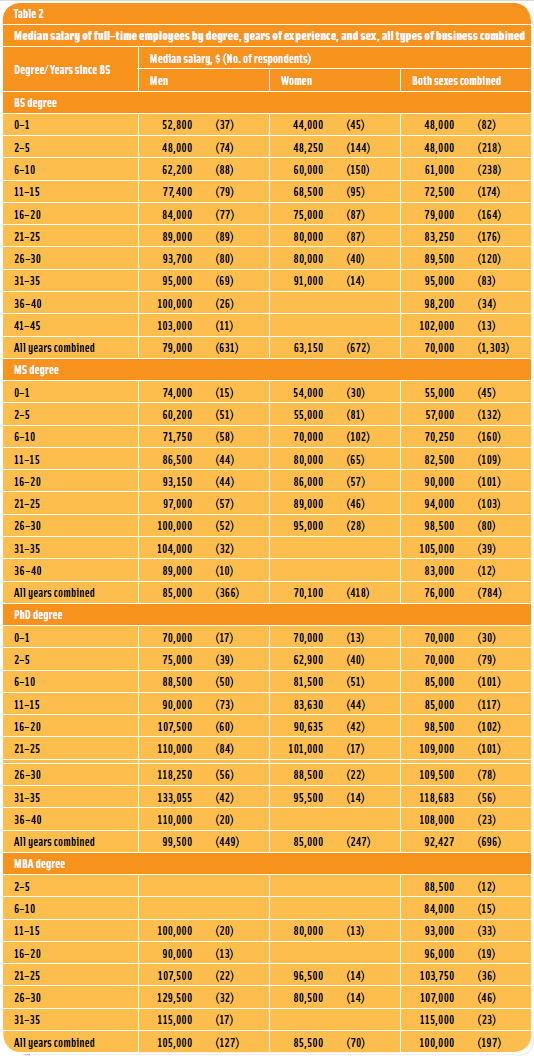 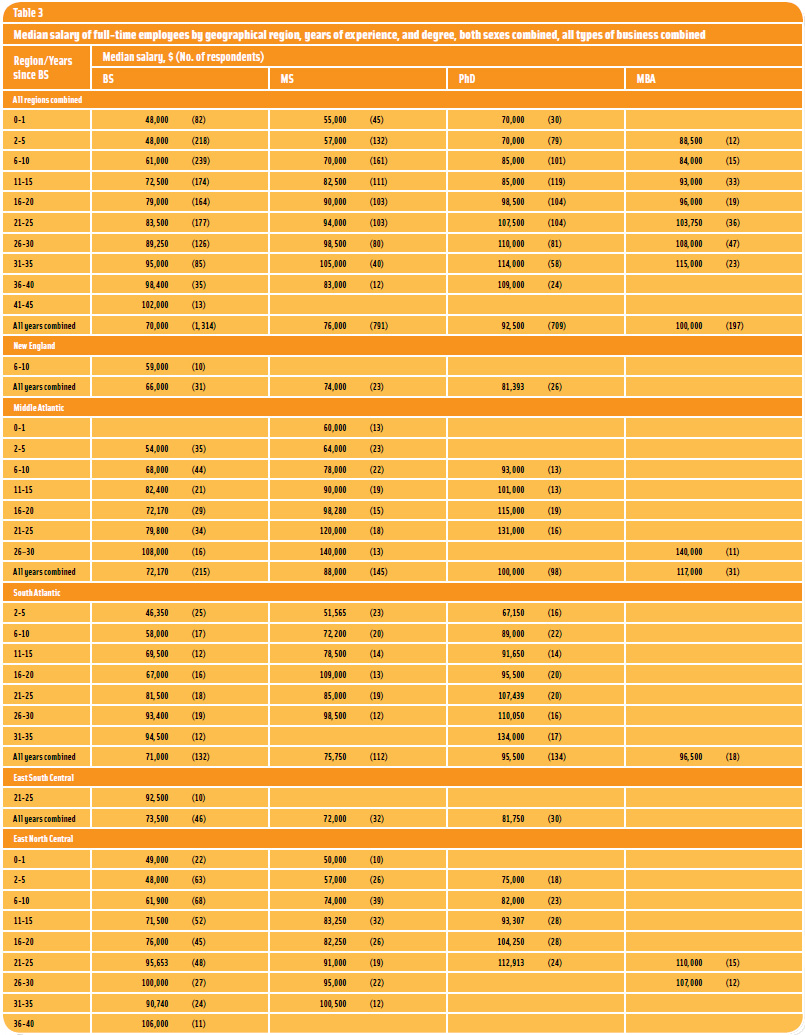 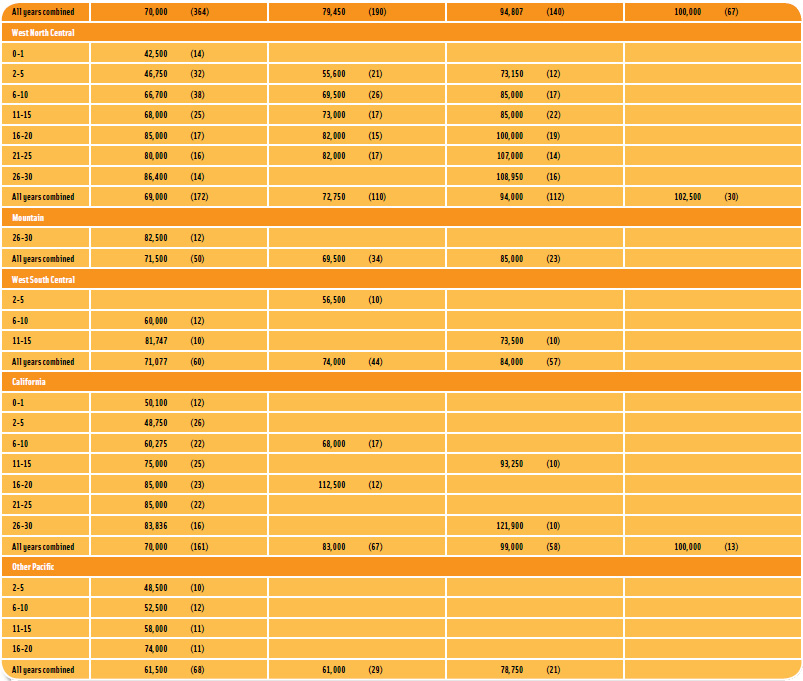 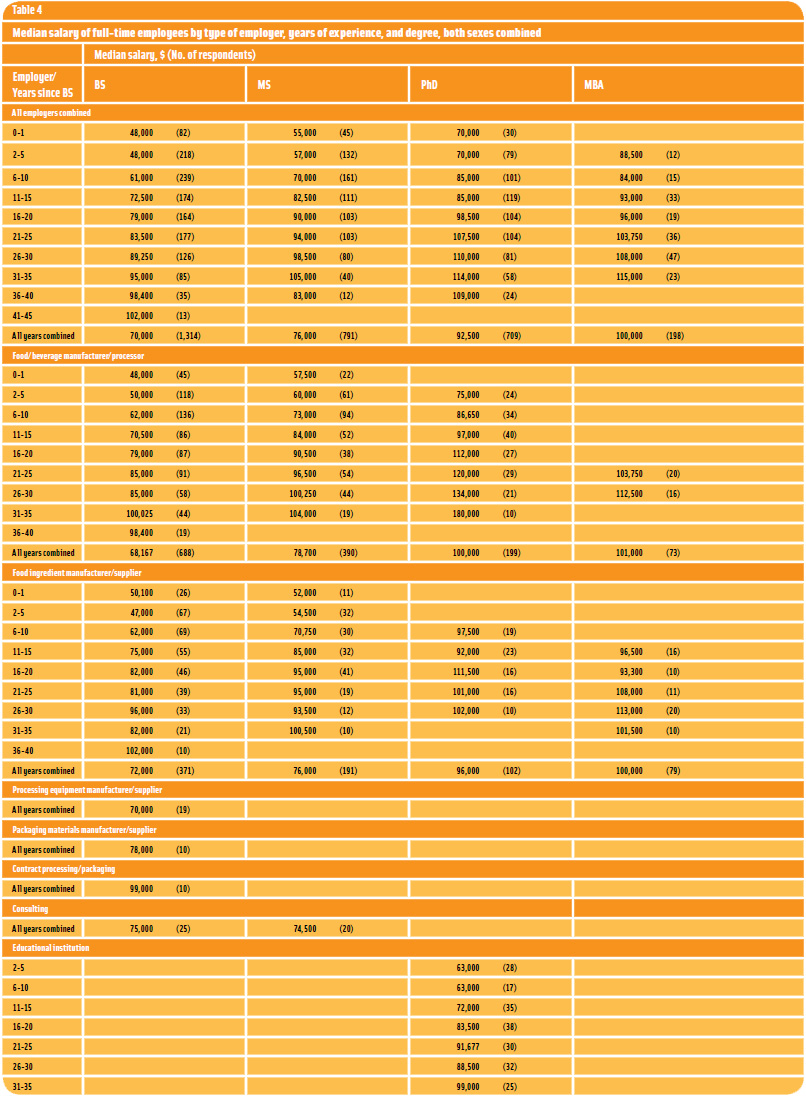 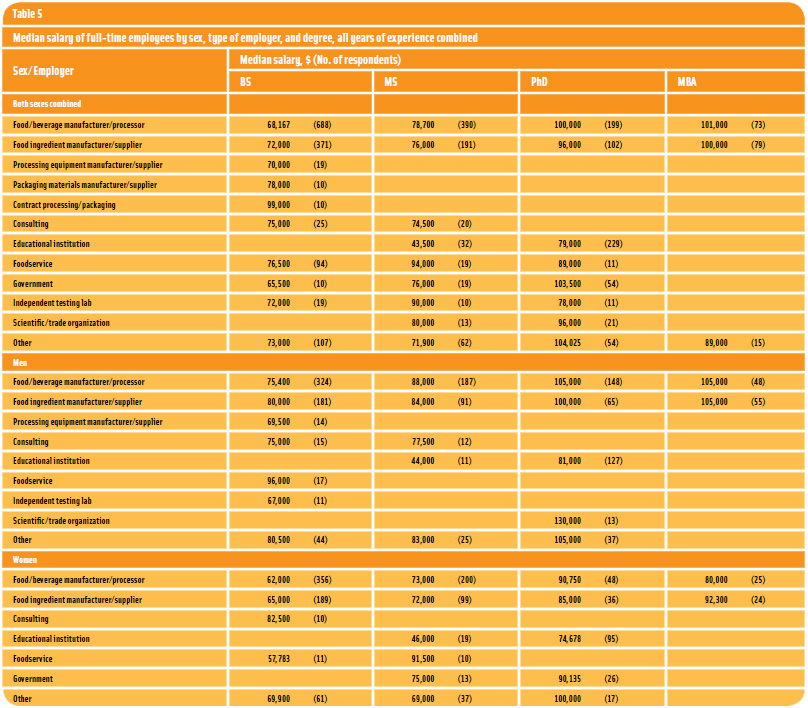 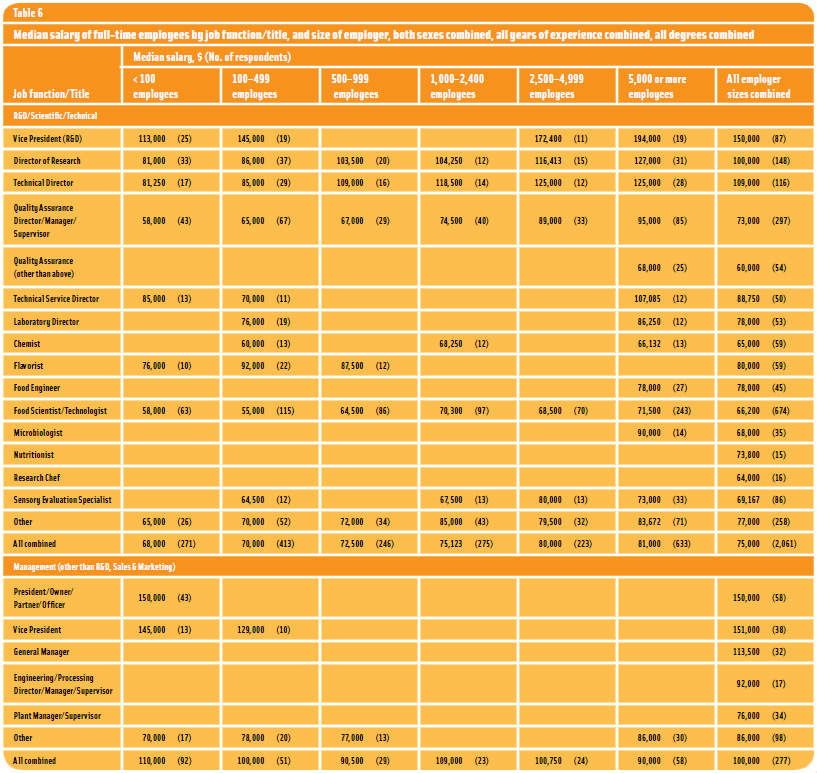 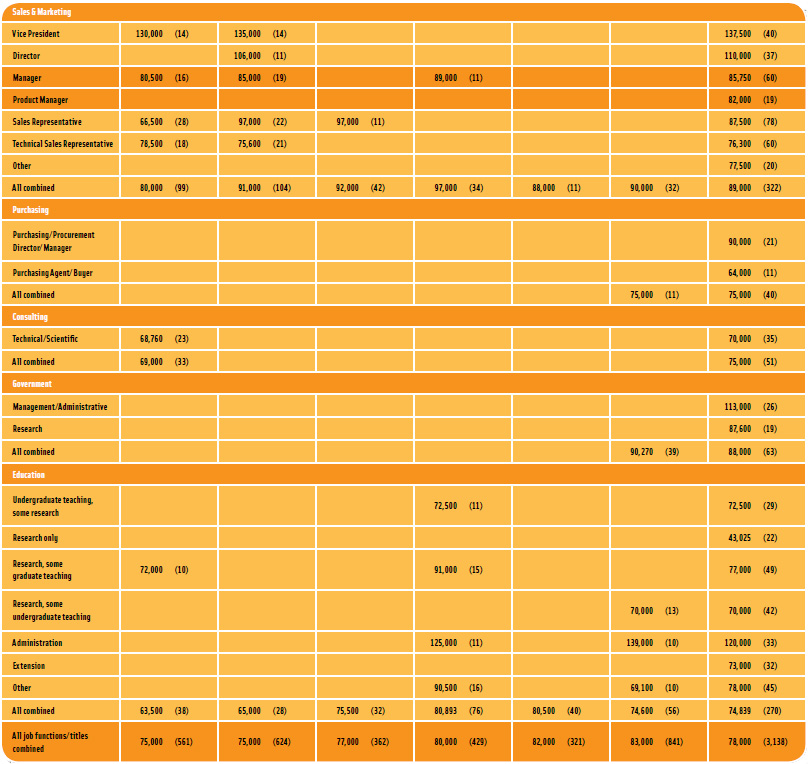