How large is the food-packaging industry in the United States? Too large, pontificate the economic pundits. Much too large, shout the environmental/sustainability folks. Way too large, opine the consumers of all the food products contained in these packages. Massively large, offer the popular media. 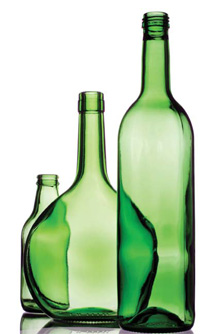 More than $600 billion, reflects long-time packaging industry expert Ben Miyares in his article, “One Trillion Reasons to Recognize,” which appeared in the September/October 2007 issue of PMT magazine under the heading, “Observations from a Packaging Junkie.”

“At $1 trillion, packaging is the largest North American economy you’ve never heard of,” asserts Miyares, Vice President for Industry Relations for the Packaging Machinery Manufacturers Institute (PMMI). The $600 billion figure Miyares cites is calculated from food and beverage packaging representing nearly 60% of total packaging industry sales, derived from the portion of machinery sales headed for our sector. So let us examine the numbers.

Facts and Figures
What about the widely published figure of $130 billion annual sales data growing at 1.5– 2% annually? That figure reflects all domestically used materials and machines and does not incorporate labor, utilities, and other variable costs expended within food processing/packaging operations in the 31,000 plants that are essential components of food and beverage packaging and distribution.

Miyares’ expansive speculation suggests that materials expenditures require a 10-fold multiplier to accommodate the food processor/packager variable packaging and distribution costs. Why not include these data since the food and beverage processing/packaging industries employ more than 1.6 million persons, and labor represents about 40% of retail food prices, according to U. S. Department of Agriculture numbers? But not all employees in food and beverage plants are engaged in packaging. Most are, however, which represents a staggering 1 million food and beverage plant employees.

If this interesting thesis is anywhere near valid, then there is potential for mammoth cost-savings in-plant and beyond. Since “marketing” (including packaging materials) comprises about 80% of the retail price of food and beverages, the postulation is surely worthy of some consideration.

Another method of calculating the actual value of U.S. food and beverage packaging (to the nearest billion or so) is to apply USDA’s 8–9 % of retail price as the fraction spent on packaging. Since the U.S. retail at-home food and beverage bill is $500 billion, the packaging component is $40–45 billion. Add in the $13 billion packaging materials cost for the $500 billion retail equivalent value foodservice sector, and the amount rises to about $53–58 billion. Add in about $3 billion of machinery destined for foods and beverages, and the total is $60+ billion, not quite 60% of the $130 billion total packaging materials/machinery annual sales, but certainly within range.

Still doubtful? Let us sum the annual sales data of the various sectors of the food and beverage packaging supply industries: paper and paperboard, $40 billion; glass, $5 billion; metal cans, $20 billion; plastic bottles and jars, $26 billion; flexible packaging, $23 billion; wood, $5 billion; (all from The Marketing Guide to the Packaging Industry, 2006-2008 edition, Impact Marketing) and packaging machinery, $6 billion (from PMMI data). These data can be further parsed into the fractions of each dedicated to food and beverage and, voila, another number within the $55–65 billion range.

Or we might try summing the reported annual packaging materials expenditures of the various segments of the food and beverage industries, beginning with carbonated beverages at $8 billion; malt beverages, $5 billion; canned fruit and vegetables, $2.5 billion; fluid milk, $1.5 billion; poultry, $1.1 billion; snacks, $1 billion; and so on down to your local craft candy maker. Add them all up, and—no surprise—the total is $55–60 billion.

Some might contend that packaging materials cost more than the food they contain, and in some cases, they would be accurate. Bottled water or even carbonated soft drinks cost less than the polyester bottles in which they are distributed. But USDA asserts that farm value of raw materials represents about 20% of the retail price—which computes to about 40% of the total food processor/marketer costs. Thus, food costs still represent a substantial fraction of the retail price of food products.

Unit Volume
Let us now try to translate all of these financial data into information more tangible to food and food packaging scientists and technologists.

More than 130 billion aluminum (largely for beverages) and steel (largely for food) cans; 35 billion glass bottles and jars; and 120 billion plastic bottles and jars are consumed annually. Guesstimating the unit volume for flexible structures leads to 300 billion as a not unreasonable data point. Paper and paperboard unit volume is divided into distribution packaging (corrugated fiberboard cases) and primary/secondary packaging, with an estimated 20 billion distribution packages and 20 billion retail packages. After classifying food and beverage packaging units, we arrive at about 600–700 billion units, including 130 billion for foodservice.

The overall average unit cost per primary food/beverage package is less than $0.07 per unit, an interesting figure since nearly 200 billion beverage containers are priced in the $0.10–$0.15 range, and unit portion condiment packets cost less than $0.005 apiece.

Each year, the 1,000 or more packaging equipment makers deliver an incredible 180,000 units—of which more than half are for coding, marking, dating, inspection, conveying, and so on. At the other end of the spectrum, about 10,000 filling machines are delivered annually. Are these machines for new capacity or replacements? According to PMMI studies, the average age of a packaging machine is 12 years, which, if this author’s experience is any indication, is a conservative estimate.

Subtract the retired machinery and add into this data dump the imported (another 20%) and used equipment, and the number of new packaging machines added to the food and beverage packaging industry totals about 7,500. If typical annual output of food/beverage machinery is incorporated, the industries are adding about 10 billion unit packages or about 1.5% filling capacity annually, maintaining pace with packaging materials and, obviously, food and beverage growth.

Interpreting the Data
These data might offer some scintillating cocktail-hour conversation. In some quarters, at least, the reaction might be that these expenditures are “wasteful” and a “poor use of planetary resources.” It is better that “locavores” consume the output of local farmers and eliminate packaging completely, some might say, adding that the energy and materials spent on packaging and transportation should be invested elsewhere, and we all might have healthier lives. Those who subscribe to any modicum of this sort of misinformation need not read further.

What do these data on the magnitude of the food and beverage packaging industries mean to individual food and food packaging scientists and technologists? From a purely economic perspective, millions of persons are employed in producing, packaging, and distributing the converted output of all the farms here in North America and elsewhere. The disruption of the processing, grocery, and foodservice infrastructure—nearly 1 million retail operations—would be staggering without packaged foods and beverages.

From a human perspective, local farmers could not make a dent in the food supply system of this—or any other—developed country. If far less than 4% of our population delivers our food today, imagine the number of persons who would be required if food/beverage processing and packaging were significantly truncated. We would surely revert to the food economy of the 1930s, which was hardly an era of historic prosperity in that context.

Food Science Ramifications
About 20,000 new food and beverage products are rolled out annually in the United States, and it is clear that this amazing figure is driven by consumer demand and not by processor/marketer push. Each new product is enveloped in a new primary package, plus a new distribution package necessary for its delivery to a point in the system where it will be available to the targeted consumer.

Conversely, the factual data of food/beverage product and packaging development suggest opportunities for cost reduction, functional improvement, and enhancement—all of which require research and opportunity evaluation. With this massive supply/support base, innovation from around the world can be cited to benefit food/beverage product protection and other key functions afforded by packaging. And food scientists and technologists are not infrequently employed by members of the packaging-supply community.

It’s Time to Get Creative
Perhaps the most important conclusion to be drawn from the data is that widespread opportunities for innovation exist. With this vast array of offerings permeating the food and beverage industries, there is no imperative to adhere to the old party line. Look beyond the conventional to what so many others in parallel sectors are daring to do, and piggyback on their successes.

Our history demonstrates long-term evolution as we converted into polyester bottles, stand-up flexible pouches, extended shelf-life chilled beverages, aseptic technologies, servo-driven equipment, computer-managed distribution… the examples abound. Examination of the numbers of 20 years ago vs those of today will illustrate change—and should spark the notion that further drilling into today’s data will shine on routes to future innovation that two decades hence will come to be accepted as mainstream. The cliché advises us to “think outside the box.” Or, in our lingo, just think!