Aseptic packaging is the independent sterilization of product and packaging and assembly of the two components under sterile conditions to permit ambient-temperature distribution of the product. But you knew that, of course. For low-acid fluid foods—common knowledge. 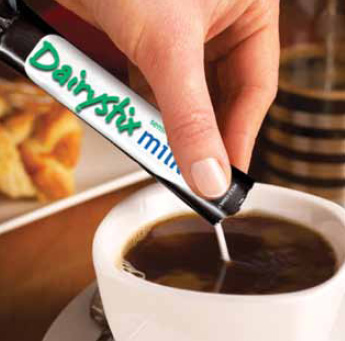 But stop right here. It’s also for high acid—think “juice box” and Crosscheck packaging for juices and juice beverages. And what is extended shelf life (ESL) but a close cousin of aseptic processing? Simply stated, aseptic packaging is not a single-unit operation but rather an expanded technology applicable across a broader range than many imagined during the last century.

A Look at the History
Born during the 1920s in Denmark or during the 1930s in the United States through the sheer daring of food technology superstars Bill Martin and Olin Ball, aseptic processing and packaging was not realized until after World War II. The Martin/Ball Dole aseptic canning system produced split-pea soup using a superheated steam as the package sterilant and tubular heat exchangers for product sterilization. During the 1950s, Hans Rausing developed a funny-looking tetrahedral sausage formed on a vertical form/fill/seal machine after drowning in hot, hot hydrogen peroxide into which he poured milk to invent the first Tetra Pak package. Finally, during the early 1980s, the system wended its way through our regulatory process and delivered a lot of high-acid beverages followed by the hundred or so competitors in paperboard-composite blocks, barrier plastic cups, bottles, and Scholle pouches.

Into the fray came alternatives, some of which recognized the science of aseptic, but too many of which demonstrated an obvious paucity of comprehension and so drifted into oblivion. Because so many of these packaging technology “bursts” failed to meet regulatory or technical requirements, some have assumed that the realm of paperboard composites, barrier cups, and pouches could not be surpassed.

When we examine the fundamentals of aseptic processing and packaging technologies, however, we realize that we have hardly even begun to explore the possibilities. The ladder to aseptic encompasses the science of microbiological zero for product, environment, and package; maintenance of sterility; absence of potential pathogens; barrier to recontamination, and so on. In the beginning, the product must be rendered sterile. Prior to developing and implementing an acceptable thermal process, the area in which all of this is conducted must be cleaned and usually pre-sterilized.

Sterilization Technologies
Sterilization is accomplished with liquids, by heat, or nowadays by nonthermal processes such as ultra-high-pressure assisted by heat or by chemical means. And the heat may be indirect as through tubes, plates, or spiral pipes or direct as by steam injection, steam infusion, or electrical resistance (i.e., Ohmic).

Sterilization is accomplished with liquids, by heat, or nowadays by nonthermal processes such as ultra-high-pressure assisted by heat or by chemical means. And the heat may be indirect as through tubes, plates, or spiral pipes or direct as by steam injection, steam infusion, or electrical resistance (i.e., Ohmic).

In the beginning, all sterilization was solely of liquids by indirect and later by either direct or indirect heating to the required time-temperature experience. But suppose products with viscosities far different from those of water or milk, e.g., baby puree, were desired, or even if products were more solid than liquid? One early technology that was rapidly applied employed products that liquefied at elevated temperatures and solidified at ambient temperature—i.e., puddings. Large-solid products such as peach slices or tomato pieces are high-acid, and so the food safety issue is reduced to almost zero; sterilization protocols become lower, and heat transfer is not a critical issue. Product may be heated with agitation in continuous or batch operations to near boiling and subsequently cooled before transfer into containers.

Foods processed in this system are reported to have minimal quality and nutritional loss as compared to conventional thermal processing methods. The first commercial process to adopt this innovative technology involves aseptic processing and packaging (in bulk pouches) of sweet potato puree, a process that received a letter of “no objection” from FDA. The sweet potato company is Yamco LLC, Snow Hill, N.C. (http://www.yamco.net), using DuPont LiquiBox (www.liquibox.com) aseptic bulk filling equipment.

And then there is the application of nonthermal processes such as ultra-high-pressure, which generally is not effective alone in effecting sterility, but in concert with mild heat, as in the newly accepted, pressure-assisted thermal sterilization (PATS) process. (The National Center for Food Safety and Technology was honored with an IFT Food Expo Innovation Award at the Annual Meeting & Food Expo for its commercial application of this technology.)

The sterile product must be conveyed under sterile conditions in a sterile system to the next operation. This is easy to say, but suggests that the conditions within the system must have been sterilized before beginning and are maintained sterile throughout operation. How are the internal working parts of an aseptic system sterilized and maintained sterile—dry heat as with “incineration,” or wet heat as with steam, or hydrogen peroxide, or …. (more below) in a hermetically enclosed system. But product is moving in and out of the system—and so in order to maintain the sterility—think clean room or analog (sterile air under positive pressure so that ambient air cannot enter). Air may be sterilized by incineration, steam, or ultra-filtration prior to functioning as a barrier.

Now comes the next step—aseptic packaging, which can be performed with a container of almost any size, shape, or material. The package is sterilized and enters a sterile environment or vice versa. The world’s most-popular sterilant is liquid hydrogen peroxide.

Sterile product is filled into the package, and the package is immediately hermetically sealed. For better biochemical preservation, oxygen in the product and package are removed mechanically and/or the packaged product is distributed refrigerated—as in extended-shelf-life products.

With the basics again firmly implanted, we may rotate to the latest in package sterilization. Ecolab (www.ecolab.com) received an IFT Food Expo Innovation Award this year for receiving regulatory acceptance to proceed with its application of peroxyacetic acid as a sterilant for packaging for low-acid foods.

And then there is the drift away from liquid hydrogen peroxide and into the gaseous as in equipment maker Krones’ ([email protected]) PET-asept “dry sterilization” process for polyester bottles. Hydrogen peroxide gas sterilization takes place in bottles pre-warmed to a moderate 50–60ºC, thus reducing condensation and the volume of water used both in diluting the active chemical and in removing its residual.

Sweden’s Ecolean (www.ecolean.com) manufactures a machine to convert a 60% polyolefin/40% calcium carbonate blend film into sealed, compartmented flexible Ecolean Air Aseptic pouches and a machine to open the preformed pouches, fill with sterile milk, and hermetically seal while simultaneously injecting air into a separate side compartment to form a stiff, semi-balloon handle. Sterilization of the hermetically sealed pouches is by “non-chemical means” not otherwise specified in their extensive publicity, which emphasizes weight reduction and, therefore, cost reduction.

We cannot close this brief on aseptic systems without a reference to the resurrection of an old package sterilization technology: ionizing radiation. Gamma, X-ray, ultraviolet radiation and electron beam have been proposed in the past with variable results. Advanced Electron Beam (www.aeb.com) electron-beam emitters are claimed to be simple; inexpensive to acquire, install, and operate; and completely safe for operators—safe enough for in-line sterilization of package materials. The system has apparently been applied for sterilization of materials for the new Dairystix brand of easily portable, environmentally friendly “stick-shaped” packages of milk and half cream for use in lieu of traditional coffee creamers.

Note how, as each aseptic system is described, less and less substantive data on system functionality have been provided. When aseptic processing and packaging were launched, the critical issue was safety. Today, we are not even privileged to learn the science of organizations proudly entering the industry. As during the 1980s when so many plunged into the field with little knowledge of the challenges of food safety and quality retention, might some of the newcomers have missed out on science in their engineering and publicity? We sincerely hope not.