How about that? The trends in food packaging are continuing: Traditional rigid structures such as glass bottles and jars and metal cans are enjoying virtually no growth, and their mainstream users are shifting toward semi-rigid plastic, which is lighter weight and less expensive and has lower energy requirements in manufacturing and distribution and functionalities matched to protection and distribution needs. And, of course, as only those of us in packaging realize, it requires less use of petroleum-based natural resources. 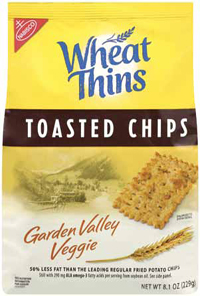 A Look at the Numbers
Semi-rigid packaging such as paperboard packaging cartons, bag-in-box, and plastic bottles and jars are shifting gradually toward flexible plastic films as in stretch film pallet wrapping, shrink film bundle wrapping for distribution trays, and stand-up pouches. It’s all getting thinner and thinner. And even the growing universe of flexible packaging is moving toward lower-mass structures to contain the food of America—or didn’t you notice slimmer candy bar wraps and cured cheese pouches? Flexible packaging grew in 2009 by 3.4% in value to $26 billion (of the total $140+ billion U.S. packaging market), according to the Flexible Packaging Association. The food sector of flexible grew to $13 billion for retail and nearly $2 billion for foodservice. To hardly anyone’s surprise, polyethylene at 42% remains the most-used flexible package material, followed by polypropylene at 36%, and flexible polyesterat 16% (www.flexpack.org).

Suppose we were to recast the $15 billion flexible food packaging market into volume of food contained vs other package formats. At $2 per pound converted, that is about 7.5 billion pounds of materials or approximately 75,000 billion square inches. At 100 sqare inches per typical retail food package, that would work out to about 750 billion food packages. Compare the theoretical flexible package output to the net for metal cans, glass and plastic jars and bottles, and paperboard cartons at about 300 billion units–or less than half the food packaged. By our calculations, more than half of food packaging is accounted for by flexible, which comprises 15% of the total mass of package materials—another of those “I never realized that flexible packaging was such an efficient user of materials for food distribution protection” facts.

The Sounds of Flexible Packaging
The loudest noise by far has been the sound emanating from the packaging of Frito-Lay’s SunChips®. The media have enjoyed weeks of headline stories—and now analysis—reciting the marketer’s efforts to meet consumers’ inferred and measured desires to help save the earth by containing and protecting the elegant food product, not in conventional mainstream-oriented polypropylene/polyethylene film, but in polylactic acid (PLA) biofilm.

Not known as an outstanding water vapor or oxygen barrier, PLA was complemented by a vacuum deposition of aluminum to compensate for the PLA functional deficiencies as a package protective structure. And for heat sealing on the company’s numerous vertical form/fill/seal machines, a PLA copolymer coating was added to the interior. But, for reasons never fully elucidated in public, the crystallinity of PLA and consequential crackling—equivalent to that of a nearby jackhammer in operation—was not fully enunciated, and so the product in its new package structure was proudly and loudly introduced into the retail marketplace as the “world’s first 100% compostable chip package.”

Venues for compostability were not clearly presented, but as one prominent solid waste expert pronounced, “not in my landfill composting windrows.” Evidently the PLA supplier had some specialized return recycle on the docket when the slogan was proclaimed. Compostability implied that the package material could be blended with soil and biologically transformed into the carbon dioxide and water from which it was originally derived with no hint of the final disposition of the aluminum (for those concerned, the amounts are trivial and ephemeral and so should not enter into the calculations, except in the fourth or fifth decimal place).

Since the gurus of sustainability dedicate many of their resources to suppression of noise—think airport proximities, city streets, and even vuvuzelas of World Cup notoriety—how were the sonic boom-like vibrations of the PLA material overlooked? We leave that analysis to some of the self-proclaimed experts, who will doubtless draft dissertations on the topic, which has already become part of classic marketing lore as SunChips sales plummeted 11% and the new packaging was rapidly withdrawn from retail distribution (except for one variety)—not exactly a happy result of trying to elate a consumer population concerned with planetary preservation.

More significantly, applying an allegedly compostable material to the system required altering many aspects of the package structure—and perhaps other elements not publicized—to the extent that one wonders how much of the basic shelf life functional or economic objectives might have been compromised to achieve the possible incremental gain to appease a vocal few. Why was sustainability the objective? If the SunChips experiment had worked as initially concocted, what would have been the net effect on mankind—as much as one minute’s worth of Gulf Oil spill? We package food to help the population of this planet by reducing food losses, and, for this reason, package functionality is the crucial object of our efforts, after which we add the desirable appurtenances. How much of our post-event resources have been spent in printing, discussing, and communicating this sustainability tale?

Innovations in Flexible Packaging
• Barrier attributes. One major case against flexible materials has always been that, unless in combination, they suffer from inferior barrier properties. Now that food distribution and logistics have truncated the time and environment in channels, barrier requirements have been reduced to achieve necessary shelf life. Nevertheless, resisting the passage of air and water vapor remain indispensable. The perfect barrier has not yet been devised. And so we continue to incorporate such structures as vapor-deposited silicon oxide and aluminum oxide, polyvinyl alcohol (Japan), and now nanoclays to deliver tortuous path barriers to permeation of water vapor and oxygen. The impending ascent of microwave sterilization is accelerating the hunt for microwave transparent materials that can offer the desired barrier.

All of this suggests that stand-up flexible pouches are becoming the package of choice for many product developers. Related, but not too closely, are the sleeve-in-box and box-in-sleeve combinations being judiciously introduced.

• Stick packs. Blasting onto the American scene have been stick packs—unit-portion-size, narrow-diameter pouches mainly for dry powders that have penetrated the sugar and spice and everything nice markets. This allows consumers to almost one-handedly open and pour powder into their coffee, tea, or soups. Made mostly on high-speed Japanese vertical form/fill/seal machines, these packages use less material per unit of contents than the ages-old sugar packet (www.them.net).

• Easy open and reclose. The zipper and, more recently, the slide have added to consumer convenience and literally made possible the growth of such foods as shredded cheese. Entering the fray in a vigorous manner is the pressure-sensitive adhesive flap closure-reclosure system seen on Oreo cookie flexible pouches. Are they easier than sliders? Let the consumer decide.

• Microwave rethermalization/venting. Microwaveable prepared foods and vegetables are engineered to be reheated to serving temperatures in microwave ovens. The challenge has been that microwave energy penetrates the food and generates steam which, if under pressure during opening, could injure the consumer. Conversely, steam under pressure could expand and explode the package in the microwave oven, creating at the least a cleanup mess and, at the other extreme, a hazardous situation.

Relieving internal pressure may be accomplished by a weak heat seal that fractures from excess steam pressure during microwave steam generation or the incorporation of shrink-film-covered vent valves that melt or otherwise fail as a result of steam pressure. More recently, laser-scored or perforated weaknesses in the film fail from internal steam pressure, releasing the steam in the microwave oven. Laser processing of flexible film is sufficiently precise to be able to produce microperforations or partial depth cuts that remain intact during distribution and early heating and fail under pressure.

The Search for Answers
No greater public debate in packaging has existed since the 1970s’ coincidental era of polyvinyl chloride (PVC) and polyacrylonitrile (PAN) than that which surrounds Bisphenol A (BPA), which continually generates controversy on the Internet. One of the many answers proposed, assuming that we are not fighting a paper tiger, is to replace epoxy can linings with polyester film, which can be applied by lamination or direct extrusion of resin as a thin film on a flat steel or aluminum sheet. Several suppliers such as Japan’s Toyo Seikan have offered the material for several decades with few takers, but the lineup of interested can makers and users is obviously much longer today.

And in the ever-changing world of case-ready fresh red meat packaging, both vacuum skin packaging (VSP) and skin packaging have re-entered to provide easy slide-out/leak-resistant packaging. Whether either or both of these will change the case-ready situation again is another question. My guess is probably not, but let’s have at it.

In the world of open innovation, Kraft has opened its laboratories to suggestions for packaging for Cadbury chocolate that will prevent or retard melting in the consumer’s hand. And all this time I thought that M&M’S® chocolate candies had solved that issue with a sugar shell, but what does an old-time confectionery packager know?