Clean Label Mania
Consumer demand for cleaner labels and more natural ingredient solutions stood center stage at the 2011 IFT Annual Meeting and Food Expo and was the top trend highlighted by Innova Market Insights in the “Taste the Trend” exhibit. Innova reported that globally, “natural” claims are now the most dominant better-for-you claim on new food and beverages products, ahead of “no additives/preservatives” and “organic.” “Natural” claims are most popular in the United States, and “no additives/preservatives” is most popular in Europe.

According to HealthFocus Intl., almost three-quarters of U.S. grocery shoppers think the term “processed food or beverage” is negative. Consumers view processed food as likely to contain additives, preservatives, artificial flavors/colors, and ingredients they don’t recognize or understand. To shoppers, processed food is less likely to contain positive nutrients, such as calcium or omega-3 fatty acids, and more likely to be canned, jarred, or frozen. Interestingly, HealthFocus found that when a health benefit was added to a processed food (e.g., frozen dinners marked as low-calorie), shoppers perceived the food to be less processed.

Quick meal mixes such as Hamburger Helper, fast food burgers, pre-packaged meats such as bacon and hot dogs, frozen appetizers, and breaded chicken are perceived as the most processed foods, according to HealthFocus. Categories that tend to be considered heavily processed—e.g., savory/salty snacks, cooking sauces, sweet biscuits/cookies, and soup—are among the most active categories seeking cleaner labels and adding “natural” or “no additives/preservatives” claims to their new product introductions, according to Innova.

The use of real natural ingredients in the ingredients declaration on the package is increasing worldwide, Innova reports, as is use of the buzzwords “simply” and “real.” Although use of the term “minimally processed” is still limited on front-of-pack labels, Innova projects it will gain greater prominence in the near future. “No additives/preservatives” is also the most prominent claim to appear in conjunction with “low salt” or “low sodium.” Half of shoppers look for natural ingredients in the ingredient listing, 43% look for artificial ingredients, and one in five check the length of the statement, according to the International Food Information Council’s 2011 Food and Health Survey. 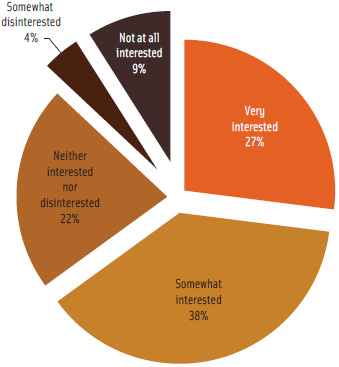 In the title of their presentation, Lynn Dornblaser and David Jago posed the question “Functional Foods: Dead or Alive?” as part of Mintel’s new product showcase. Functional foods were very much alive and well in New Orleans. Mintel valued the U.S. functional food market at $15.4 billion, up 30% from 2004–2009, reporting that 56% of U.S. consumers bought a functional food in the past three months. Asia still dominates the market in new functional food development with a 42% share, and Europe holds a strong second place (30%) despite the current restrictive EU regulatory environment. North America has 15%, Latin America has 9%, and the Middle East and Africa have 4%.

According to Mintel, although the main focus for new product development is still on traditional and better-for-you food and beverage categories (e.g., digestive health, cardiovascular health, and immune support), relaxation, beauty/skin care, and senior care are fastemerging segments. Gelita’s Verisol™ bioactive collagen peptides help ensure real beauty from within. DSM’s Fruitflow® is supposed to help maintain healthy blood flow and support healthy blood circulation. And with more people under the age of 65 having strokes, according to the American Heart Association and the American StrokeAssociation, claims for healthy circulation have become prevalent.

Even though the U.S. Food and Drug Administration, the U.S. Federal Trade Commission, and the European Food Safety Authority continue to challenge immunity claims, demographic-based nutrient premixes aimed at men, women, seniors, and children were strong additions to this year’s healthy ingredient lineup. Beta carotene is being repositioned for eye health, magnesium for heart health, potassium to balance sodium intake, and a back-to-basics approach to immunity with vitamin C and traditional nutrients.

Watson Foods introduced a clear beta carotene, which would be perfect for fortified waters. DSM showcased Vitamite Vanilla (part of Quali® Blends), an alternative nutritional beverage with all the goodness of a glass of milk without the digestive challenges faced by some consumers. Perhaps the most interesting news at the IFT Annual Meeting was the newfound emphasis on consuming an adequate amount of protein throughout the day to optimize protein’s role in muscle building and weight management. Douglas Paddon-Jones, Associate Professor, University of Texas Medical Branch, reviewed scientific data indicating that consuming moderate amounts of protein, around 30 grams, throughout the day or with each meal maximizes the potential for muscle growth and weight management. This concept is even more important in elderly adults who can potentially suffer from sarcopenia and for hospitalized patients as inactivity decreases muscle mass.

The U.S. Dairy Export Council showcased a number of delicious prototypes that help meet the trends of spacing protein intake throughout the day and sodium reduction. The council’s Strawberry Sunrise Waffle is packed with protein and calcium and is a surefire way to start the day. Likewise, Bread Pudding for the Ages, a sweet potato bread pudding, delivers a good source of protein for an irresistible, satisfying snack.

In a survey led by the Innovation Center for the U.S. Dairy Export Council, broad benefit, independence, and action benefit claims scored most highly with older consumers who need to build muscle. The message with the highest appeal was that protein from dairy helps to build and maintain muscles that support your skeletal system and keep you mobile as you age. Body toning formulation crossovers from the sports nutrition world—aimed at Baby Boomers—fueled by protein, conjugated linoleic acid and other ingredients continued to gain traction this year. Protein’s role in satiety, weight loss or maintenance, and formulations for children/infants were other hot topics at the show.

Performance products gained speed with consumers and Annual Meeting attendees this year. Recovery drinks, compact powder versions of energy rehydration drinks, fitness shakes, and nutrition bars for after-sport consumption are among the hot new trends, according to Innova. In a move to incorporate more electrolytes and antioxidants, coconut water has emerged as a natural hydrator and electrolyte supplier. The color blue is associated with refreshment, but flavor names and bright colors that offer instant energy appeal are now less prevalent. Specific fruit flavors such as Valencia orange or green apple, real fruit or fruit juice claims, single note fruit flavors, and subtle drink colors are now in vogue. L-carnitine, whey protein, amino acids, creatine, glucosamine/chondroitin, soy protein, inulin, glutamine, and taurine remain important ingredients. And Mintel noted that softer health claims were also increasing among new food/drink launches around the world as well as those claiming to be supported by science and clinical research.

New Crop of Superfoods
The market for foods that are naturally functional continues to grow worldwide. Pulses (chickpeas, beans, peas, and lentils) joined the list of superfoods touting health benefits at the Annual Meeting this year. Pulses are high in protein, fiber, antioxidants, B vitamins, potassium, magnesium, and iron and are gluten-free and low glycemic. Global product introductions with nuts, seeds, and ancient grains are also among the most active categories. For seeds, activity in sauces and seasonings leads globally, but the most growth is evident in bakery and snacks. The California Almond Board introduced Annual Meeting attendees to culinary ideas for almonds, including a vegetarian umami cake, a farro and almond hot cereal, and an almond chocolate granola bar.

Spices are going to be yet another new wave of superfoods. According to the research presented by Guy Johnson, Executive Director, McCormick Science Institute, a teaspoon of ground cinnamon and a teaspoon of ground cloves have more antioxidant activity than 8 oz of pomegranate juice or a half cup of blueberries. Other exciting findings include that ginger reduces muscle soreness after eccentric exercise, capsaicin appears to promote satiety, and cinnamon may lower fasting blood glucose levels in diabetic and pre-diabetic subjects. According to Innova, garlic, celery, paprika, basil, turmeric, and coriander are strong performers in culinary combinations to flavor lowsodium food products.

Another popular trend showcased at the Annual Meeting was ingredients that added more fruits and vegetables to foods. In North America, 75% of consumers say delivering a serving of fruit or vegetable is extremely/very important on a label, according to HealthFocus. Coca-Cola’s Wholepress juice processing technology delivers whole fruit nutrition. And coconut is featured in Dannon’s Light and Fit Toasted Coconut Vanilla Yogurt and Almond Joy Creamer.

Issues and Answers
When it comes to weight, the United States has the highest obesity rate in the world, followed by Mexico, New Zealand, the United Kingdom, and Australia. Not surprisingly, Mintel reports that virtually all high-intensity sweeteners experienced increased usage in new products in the last four years. However, two categories (non-alcoholic beverages and sugar and gum confectionery) account for half of all introductions with high-intensity sweeteners, leaving plenty of room for growth.

Harvey Andersen, Professor, University of Toronto, added new insights to the current controversy on whether snacking contributes to the United States’ obesity problem. According to his review, literature indicates that snacking is the culprit for Americans’ weight gain. He also concluded that a higher level of dietary restriction as a result of perceived parental restrictions can become problematic as studies show that children increased consumption of calories after lunch when snacks are limited. In addition, Andersen’s studies show that snacking may ensure that older adults consume diets adequate in energy. There is a lack of data on the short-term physiological effects of snacking on satiety, metabolic health, blood glucose levels, mood, alertness, and memory.

Another interesting finding on the contribution of snacks to the American diet was presented by Nancy Auestad, Vice President, Dairy Research Institute. While 24% of daily calories come from snack foods, snacks deliver 19% of total daily dietary intake of fiber, 18% of vitamin D, 25% of calcium, and 22% of potassium. Restaurant menu labeling was another hot topic at this year’s Annual Meeting. Mintel research found that six in 10 consumers are aware that restaurant chains will soon be required to post calories, and 50% say they will opt for lower calorie options. According to Joy Dubost, Director of Nutrition, National Restaurant Association (NRA), 71% of U.S. adults said they tried to eat healthier at restaurants in 2010.

More than 50% of chefs say that lower-sodium menu items is a hot trend for 2011, according to the NRA. Menu items listed as healthy grew by 65% between 2009 and 2010. The total nutritional value of menu items is very important to 58% of diners, reduced fat and reduced sugar are very important to 43%, and low sodium is important to 41%. And lastly, fair trade, animal welfare, humane treatment, and sustainable sources of ingredients and crops continue to gain importance in the global food industry. Moreover, the number of marketers embracing these claims is on the rise.

A. Elizabeth Sloan, a Professional Member of IFT, is Contributing Editor of Food Technology ([email protected]).

Gathered Foods secures $32 million in series B financing round January 17, 2020