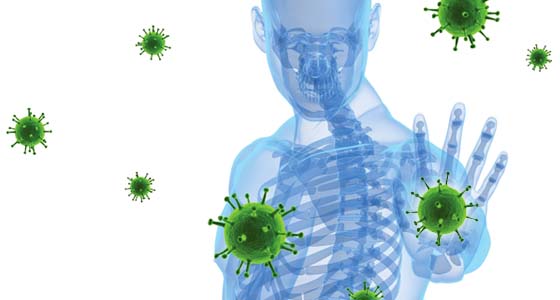 From infants to the elderly and all life stages in between, the immune health market encompasses a broad demographic. Concerns include building a strong immune system when young, maintaining a strong immune system through periods of stress, preventing illness, and shortening duration of illnesses. Today’s immune health ingredients have evolved from traditional antioxidants to ingredients where research continues to grow, such as yeast beta-glucans, probiotics, and prebiotics. Here is a look at some of these immune health–promoting ingredients.

Glutathione is a molecule in the body that protects cells from the damaging effects of toxins and oxidative stress. Setria® Glutathione from Kyowa Hakko USA, New York, N.Y. (www.setriaglutathione.com), is a highly absorbable tripeptide that supplies a potent store of antioxidants. According to Kyowa, glutathione helps fortify the immune system in two ways. First, it plays a role in the proper function of white blood cells, including T cell lymphocytes, the frontline soldiers of the immune system. Second, there is evidence that glutathione stimulates the natural killing ability of immune cells.

Last year, a study out of Pennsylvania State University’s College of Medicine showed that oral supplementation of glutathione was effective in increasing the body’s stores of this nutrient (Kyowa Hakko, 2013). The study of 54 healthy adults revealed that glutathione levels of those taking 1,000 mg of Setria a day for six months increased 30% to 35% in many compartments, including red blood cells, lymphocytes, and plasma. Those taking a lower dose of 250 mg also saw an increase in glutathione in whole blood. As glutathione stores increased in the high-dose group, so did the function of natural killer cells, a marker for increased immune defense. 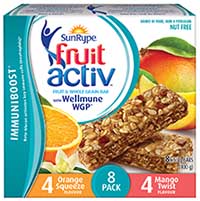 In the study, different forms of Biothera betaglucan were used to activate human peripheral blood mononuclear cells and oxidative burst, one of the cytotoxic mechanisms used by innate immune cells. Both particulate and soluble forms of Biothera beta-glucans bound to either complement receptor 3 (CR-3) or receptor Dectin-1 to initiate an immune response. Key data showed that the two forms are comparable, having different receptors, but the same outcome. “This research further elucidates the mechanisms through which Wellmune WGP primes immune responses in key immune cells to enhance the body’s defenses,” says Cox. “It also demonstrates that beta-glucan structure is a critical attribute in eliciting biological effects. This research is just one more piece of the puzzle, showing the standing efficacy of Wellmune with clinical data and mechanism.”

“Science-based ingredients are what companies and consumers are looking for,” observes David Walsh Vice President-Communications, Biothera. In regard to the immune health market, Walsh notes that immunity is a year-round concern and not just focused on the flu season as in the past. “There is also a stronger interest in sports nutrition and children’s products,” he adds. 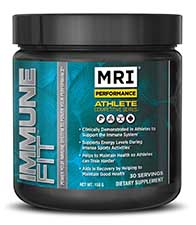 Recent product introductions showcase the versatility of Wellmune as well as the growing innovation in immune health foods and beverages. In February, Biothera announced that Wellmune is in a line of fruit and whole grain bars, FruitActiv™ Immuniboost™ bars from British Columbia-based Sun-Rype Products Ltd. The bars are an ideal delivery vehicle for Wellmune’s everyday, year-round immune support. Highlighting the growing focus on sports nutrition and immunity, Immune Fit™ bulk powder from MRI features Wellmune as its active ingredient. Research shows that high intensity exercise may temporarily weaken the immune system and over time may derail training programs and performance gains.

Probiotics
Research continues to support the benefits of probiotics for immune health. For example, a collaborative study by DuPont Nutrition & Health and the University of Reading in the United Kingdom demonstrated that its probiotic Bifidobacterium lactis Bi-07™ (109 colony-forming units/day) improved the function of specialized innate immune cells, the phagocytes, in healthy elderly subjects (Maneerat et al., 2013).

In November of last year, the company also announced that it had attained official confirmation from the U.S. Food & Drug Administration that probiotic strains in its Bifidobacerium lactis range are recognized as safe and suitable for use in all food products and dietary supplements. FDA had previously granted the Bifidobacterium lactic strains full GRAS status for use in dairy applications. With this notification, FDA extends the status to food categories such as juice, dry beverages, confectionery, and bakery products and the dietary supplement market. 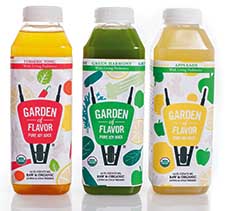 GanedenBC30 (Bacillus coagulans GBI-30, 6086) from Ganeden Biotech, Cleveland, Ohio www.ganedenbiotech.com, www.ganedenBC30.com), is unique in that it is highly stable and can remain viable through processing, shelf life, and the low pH of stomach acid. The efficacy of GanedenBC30 is backed by 17 published studies. Because of its stability, it is found in many unique probiotic applications. Most recently, Ganeden Biotech announced that GanedenBC30 will be the first probiotic in a high pressure pasteurization product with the launch of Garden of Flavor’s cold-pressed, organic juices. Another unique beverage application is in the single-serve coffee realm. In February of this year, Ganeden Biotech, along with Copper Moon Coffee Co., announced that GanedenBC30 is the first probiotic to be incorporated into K-Cup® technology with the launch of Copper Moon’s French Vanilla Cappuccino Insta-Kups™.

Larch Arabinogalactan
A proprietary natural immune support ingredient made from larch trees, ResistAid™ from Lonza Inc., Allendale, N.J. (www.lonza.com), consists of the soluble polysaccharide arabinogalactan and bioactive polyphenolic flavonoids, and thus has antioxidant capacity. ResistAid is formulated to deliver triple action immune benefits year round by supporting both the innate and adaptive immune responses as well as gastrointestinal health.

Udani (2013) showed that ResistAid at a dose of 1.5 g/day significantly increased the IgG antibody response to tetanus vaccine compared to placebo, validating its effect on the augmentation of the response to bacterial antigens (in the form of vaccine). Vaccines trigger in vivo immune responses, which are indicators of immune function. The vaccine model is widely used to evaluate the impact a nutrient has on normal immune function and provides information on the protective effect a nutrient has on in vivo immune responsiveness.

Subjects included 75 healthy adults (18–61 years old) who were randomized to receive either 1.5 g/day or 4.5 g/day of ResistAid or placebo for 60 days. At day 30, subjects were administered both tetanus and influenza vaccines. Serum antigenic response (Tetanus IgG, Influenza A and B IgG and IgM) were measured at days 45 (15 days after vaccination) and 60 (30 days after vaccination). As expected, all three groups demonstrated a rise in Tetanus IgG levels 15 and 30 days following the vaccine. There was a significant difference in the rise in Tetanus IgG levels at day 60 in the 1.5 g/day group compared to placebo. Neither group demonstrated any significant elevations in IgM or IgG antibodies compared to placebo following the influenza vaccine.

Yeast Fermentate
A natural fermentation ingredient derived from Saccharomyces cerevisiae, EpiCor® from Embria Health Sciences, Ankeny, Iowa (www.epicorimmune.com), is composed of dozens of compounds and metabolites that work together to help strengthen the immune system by balancing the immune response. EpiCor has undergone six human clinical trials, all of which have been published in peer-reviewed scientific journals and have used a standard dose of 500 mg per day.  Results show that EpiCor strengthens the immune system while it balances immune response, and significant measurable results can be seen in as little as two hours. The scientific evidence indicates that EpiCor balances and strengthens the immune response by reducing serum immunoglobulin E (relative to placebo) while increasing serum immunoglobulin A and increasing serum antioxidant protection and natural killer cell activity.

Possemiers et al. (2013) evaluated the metabolism of EpiCor by intestinal microflora, its modulating effect on gut microbiota, and its anti-inflammatory activity on human-derived cell lines. The in vitro study used a multistage simulator of the human digestive system. EpiCor appeared to support gut health through a variety of mechanisms. It acted as a prebiotic, which helps explain part of its mode of action as an immune modulator. It significantly increased the levels of butyrate, a short-chain fatty acid that has been shown to be beneficial for gut immune health. EpiCor significantly increased the levels of beneficial bacteria (Bifidobacteria and Lactobacilli) over the control. Additionally, EpiCor contains mannan-oligosaccharides and beta-glucans, which have demonstrated beneficial effects for gut immune health.

Vitamin D
Laird et al. (2014) demonstrated that inadequate vitamin D status is common within elderly populations and may be implicated in the cause of autoimmune disease and inflammation. Researchers set out to investigate the association between vitamin D status and immune markers of inflammation in a large sample of older adults (957 Irish adults over age 60) as part of the Trinity Ulster Dept. of Agriculture aging cohort study. They measured serum 25-hydroxyvitamin D (25(OH)D) by liquid chromatography tandem mass spectrometry and serum cytokines by ELISA. The study demonstrated significant associations between low vitamin D status and markers of inflammation (including the ratio of IL-6 to IL-10) within elderly adults. Researchers suggested that an adequate vitamin D status may be required for optimal immune function, particularly within the older adult population.