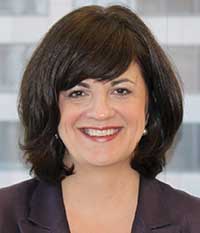 “Food scientists and technologists play such a critical role in ensuring that we have safe and healthy food today, and their role will become even more important in the future,” said Tarantino. “I am truly looking forward to the opportunity to work closely with IFT leaders, the staff, and the entire membership to develop a strong collaborative partnership that builds on the many successes of IFT.”

Tarantino was most recently President and CEO of Association Forum of Chicagoland, which oversees 3,700 members from more than 1,600 associations throughout the Chicago area. She joins IFT with more than 17 years in association management, including noteworthy experience leading two major membership associations.

“Christie Tarantino brings impressive credentials in association management and strategy to IFT, and her experience will be critical in advancing programs for our members and the food science and technology professions,” said IFT President Janet E. Collins, Ph.D., R.D., CFS. “She joins IFT at a very exciting time as we approach our 75th anniversary in June, and we know that with her excellent qualifications she will ensure the ongoing success of our organization for years to come.

“Finally,” said Collins, “I would like to express my sincere appreciation to all the members of the Executive Vice President Search Committee chaired by IFT Immediate Past President John Ruff.”

Previously, Tarantino served as Executive Director of the Academy of General Dentistry, which has 35,000 members and 62 chapters; Associate Vice President of Member Relations at the Professional Convention Management Association, where she gained significant experience in conventions; and Membership Services Director with the Alabama State Bar Association.

A native of Montgomery, Ala., Tarantino earned her bachelor’s degree in political science and her master’s of public administration from Auburn University at Montgomery. She currently serves on the board of Partnership to Educate and Advance Kids, a nonprofit organization that provides scholarships and mentorship opportunities for at-risk high school students in Chicago.

The election was held from Feb. 11 to March 13, 2014. IFT appreciates all of the candidates’ involvement in this election and extends a special thank you to all members who voted.

IFT thanks these members for their support.

Fight hunger with a day of service
According to Feeding America, one in six Americans struggles to find enough to eat. To call attention to their plight, Feeding America has declared September to be Hunger Action Month and urges individuals all over the country to take action in their communities.

The IFT Student Association is encouraging members of student chapters to work together to set up a day of service, perhaps at a local food bank. Volunteering together is a great way to network and meet fellow IFT Members while giving back—especially while working toward a cause that’s particularly meaningful.

Although September may seem a long way off, Feeding America recommends allowing about six months to arrange a volunteer opportunity, making April the perfect time to get started. IFT has put together some helpful guidelines for setting up a day of service. For more information, including a comprehensive toolkit, visit www.ift.org/community/students/day-of-service/set-up-a-day-of-service.aspx.

The Fellows were nominated by IUFoST Adhering Bodies and IAFoST Fellows for their outstanding work in international food science and technology. This roster of Fellows will join their peers in providing expert advice on scientific matters to IUFoST while promoting high ethical standards in scientific endeavours.

In Memoriam
Carol L. Christison, an IFT Member and the longtime President of the International Dairy-Deli-Bakery Association (IDDBA), passed away on March 4, 2014. Christison became IDDBA’s President in 1982. Over the next 31 years, Christison oversaw the organization’s expansion and helped change its structure to keep up with new industry demands and opportunities. Under her leadership, the association grew from 100 to 1,500 corporate members and increased its Annual Seminar & Expo attendance from 1,000 to nearly 9,000 attendees. Prior to her position with IDDBA, Christison served in an executive role at The American College of Sports Medicine and on voluntary industry committees that included Random-Weight UPC and Traceability.