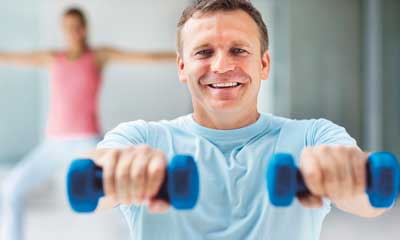 Blood pressure, cholesterol, and circulation can affect overall heart health, which is still one of the top health concerns. Heart disease is the number one cause of death in the United States, killing almost 380,000 Americans a year, according to the American Heart Association’s Heart Disease and Stroke Statistical Update 2014.

More specifically, about 43% of Americans have total cholesterol of 200 or more, and about 33% of U.S. adults have high blood pressure. Hypertension is projected to increase about 8% from 2013 to 2030.

At the 2014 SupplySide West Show, heart health was represented in foods and beverages and dietary supplements. What follows are highlights from the show as well as some new ingredient offerings and research. 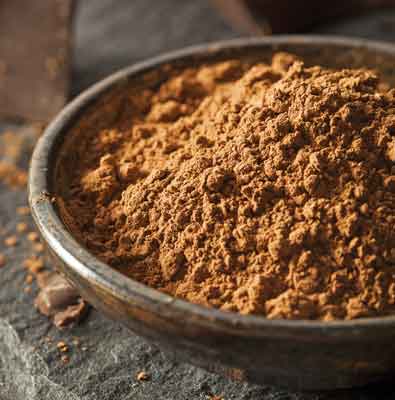 Barry Callebaut was able to provide evidence that daily intake of 200 mg of cocoa flavanols provided by 2.5 g of ACTICOA® cocoa powder or 10 g of ACTICOA® dark chocolate supports healthy blood circulation by helping to maintain the elasticity of the blood vessels. Barry Callebaut now has the proprietary right to use the claim within EU countries. The claim can be used for cocoa beverages made with cocoa powder or for dark chocolate providing at least 200 mg of cocoa flavanols per day. The company will be able to use the claim for its ACTICOA® cocoa and chocolate ingredients, which retain most of the cocoa flavanols naturally present in the cocoa bean.

Omega-3 fatty acids are promoted for heart health because they have been shown to decrease the risk of arrhythmias, decrease triglyceride levels, and potentially help lower blood pressure. According to Cargill’s Fatitudes™ research, at least 98% of consumers have heard of omega-3 oils (Cargill, 2014). An increasing number are more likely to purchase products containing alpha-linolenic acid (ALA), eicosapentaenoic acid (EPA), or docosahexaenoic acid (DHA) omega-3 oils. The study’s look at how consumers view omega-3 oils, in particular, could help food and beverage manufacturers develop products with messaging that is meaningful to grocery shoppers. Specifically, DHA has the most impact on purchase intent (23%) followed by EPA (16%) and ALA (11%).

In June, Cargill introduced IngreVita™, a combination of high oleic canola oil, fish oil, and proprietary antioxidants, which contains EPA and DHA. The oil is easy to use, offers good shelf stability, and does not introduce off-flavors.

DSM Nutritional Products, Parsippany, N.J. (www.dsm.com), offers life’sOMEGA 60™, life’sDHA™, and MEG-3 ®. MEG-3 fish oil is a source of EPA/ DHA omega-3 from fish oil without the fishy taste or smell. It is purified for safety, concentrated for potency, and sustainably sourced from omega-3-rich ocean fish. life’sOMEGA is a vegetarian source of EPA/DHA from algae. It comes from a non-genetically modified algal source and is produced using the same methods as life’sDHA, a vegetarian source of DHA from algae and an ingredient that is used in more than 99% of infant formulas in the U.S.

Hydroxytyrosol is an antioxidant that protects blood lipids from oxidative damage. In 2012, the European Food Safety Authority approved a heart health claim for olive oil based on its content of hydroxytyrosol.

PLT Health Solutions Inc., Morristown, N.J. (www.plthealth.com), offers Hytolive® Olive Fruit Polyphenol. The patented ingredient is an extract of olive polyphenols from the by-product water of olive oil production produced through a solvent-free extraction process. The extract maintains consistent hydroxytyrosol content, which is standardized to a minimum of 10% or 25%. For food and beverage formulations, Hytolive is considered GRAS and can appear on labels as “olive fruit” or “olive fruit polyphenols.” 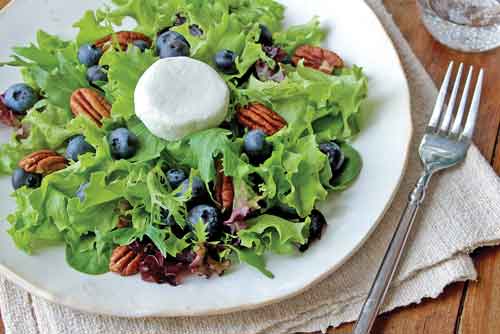 Whitehead et al. (2014) confirmed the role of viscosity in achieving greater cholesterol-lowering benefits from oat beta-glucan. The meta-analysis showed that daily consumption of at least 3 g of oat beta-glucan reduces cholesterol levels. This effect was observed in lean, overweight, and obese male and female adults, with and without type 2 diabetes, across 28 randomized controlled trials (DSM, 2014).

“We now know more about the importance of the physico-chemical properties of oat beta-glucan in determining its ability to reduce cholesterol and blood glucose in humans,” explain the researchers. “Our meta-analysis is the first to take this information into account by only including studies using high molecular weight oat beta-glucan.”

DSM offers OatWell ® oat beta-glucan. Clinical studies have substantiated the health benefits of OatWell in human nutrition. According to DSM, a recent study published in the British Journal of Nutrition looked more closely at the functional properties of oat beta-glucan. The authors reviewed a number of studies that showed that high viscosity oat beta-glucan can reduce cholesterol and the rise of blood sugar levels after eating. To consume the recommended 3 g of oat beta-glucan per day, only 11 g of OatWell is required to achieve the same effect as three portions (up to 90 g) of oats.

Polyphenolics, Madera, Calif. (www.polyphenolics.com), debuted a new beverage at SupplySide West called Health Transformance, which was created with Maven Management. It contains Polyphenolics’ MegaNatural-BP and MegaNatural-Red Wine Grape Extract with trans-resveratrol. MegaNatural-BP grape seed extract is the subject of four U.S. patents and has been shown to support blood pressure within a normal range.

Soedamah-Muthu (2014) demonstrated that milk and low-fat dairy may play a beneficial role in cardiovascular disease risk. The meta-analysis of nine studies with 57,256 subjects and 15,367 cases of hypertension revealed that as total dairy, low-fat dairy, and milk (just over two cups a day) consumption increased, the risk for high blood pressure decreased. Milk intake was not statistically significantly associated with risk of coronary heart disease, stroke, and total mortality.

“These meta-analyses indicate that there is a link between increasing the number of glasses of milk a day and a lower incidence of hypertension,” explains Sabita S. Soedamah-Muthu, assistant professor in the Division of Human Nutrition at Wageningen University.

These findings are further supported by a clinical trial by Machin et al. (2014) that showed the addition of four servings of nonfat dairy per day to a routine diet lowered blood pressure in middle-aged and older adults. 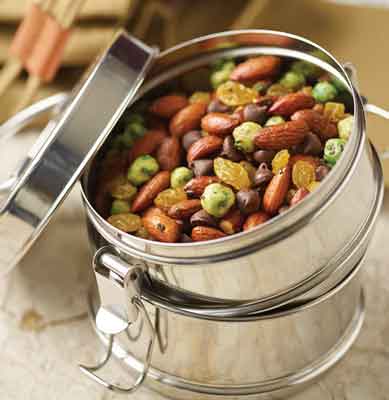 The randomized, controlled clinical study included 27 adult subjects (mean age of 64 years) with elevated LDL cholesterol. One group received 50–100 g of almonds, another received 100–200 g of muffins, and the third received 25–50 g of almonds and 50–100 g of muffins every day for four weeks. Each subject completed all three dietary treatments, so the total length of the study was 12 weeks. The muffins were formulated to provide the same number of calories and the same amount of saturated fat, polyunsaturated fat, protein, and fiber as the almonds. The primary difference between the almond composition and the muffin composition was that the almonds had significantly more monounsaturated fat (50% versus 8% of calories), whereas the muffins had significantly more carbohydrates (53% versus 15% of calories).

Like almonds, walnuts are known to be heart healthy, thanks in part to their ALA content. Wu et al. (2014) showed that daily consumption of 43 g of walnuts for 8 weeks significantly reduced non-high-density lipoprotein (non-HDL) cholesterol and apolipoprotein B.

Forty subjects were included in a controlled, cross-over study and randomized to receive a walnut-enriched (43 g/day) diet and then a Western-type (control) diet or vice-versa, with each lasting 8 weeks and separated by a 2-week washout. The walnut diet significantly reduced non-HDL cholesterol. Total cholesterol showed a trend toward reduction.

Members Only: Read more about these heart-healthy ingredients online at www.ift.org. Type the keywords into the search box at the upper right side of the home page.