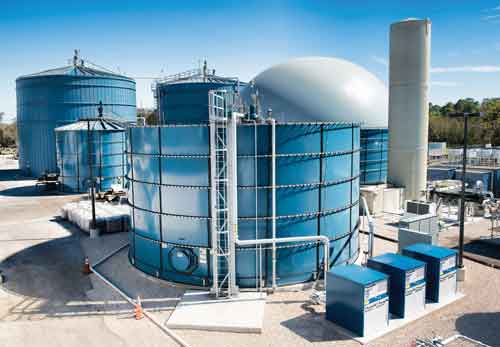 It’s not uncommon for the cost of energy to amount to about 10% of the manufacturing cost of a food product. This makes it an attractive target for reduction, especially in the face of increasing costs for hydrocarbon fuels such as natural gas as well as the cultural pressure to become more green or sustainable by reducing reliance on nonrenewable energy sources.

Natural gas is a preferred fuel for many food processes because it burns cleanly, has become more plentiful due to discovery of extensive reserves, and can be used for direct contact with foods, as in baking or drying. However, it is a finite, although large, resource. Also, burning any fossil fuel, such as gas, coal, or oil, generates carbon dioxide, which is a greenhouse gas, and thus contributes to global warming and its effect on the climate.

Food processors have installed or tested a number of interesting technologies to reduce energy costs and consumption, to reduce greenhouse gas creation, and to reduce other sources of waste, often by extracting energy from them. Here, in no particular order, are a few examples of such approaches.

Frito-Lay, according to its website, has installed solar heat collectors at two plants in sunny areas, Casa Grande, Ariz., and Modesto, Calif. The Modesto plant makes SunChips, a multigrain extruded and fried snack. At that facility, 54,000 square feet of mirrors in 384 collectors heat water to 450°F to generate steam and avoid 1.7 million lb of carbon dioxide (CO2) emissions annually. A common conversion factor is 0.12 lb CO2 per cu ft of natural gas burned. Therefore, Frito-Lay’s solar array replaces about 14.2 million cu ft of gas per year with about the same number of pounds of steam, because the heat of combustion of a cu ft of gas is about the same as the heat of evaporation of 1 lb of water.

The website provides less detail about the Casa Grande installation,where potato chips are fried. However, the plant does have a goal of reducing gas consumption by 80% and keeping 99% of its waste out of landfill. Some wastes are sent to farms for animal feed and some are burned to raise steam.

It may seem counterintuitive to burn wet wastes as fuel, but, in fact, the reduction in heating value from any contained moisture is relatively low. For example, organic wastes with as much as 70% moisture can have a heating value of about 2,000 BTU/lb. One of the classic issues with burning unconventional fuels, such as municipal solid waste or organic wastes from food processing, is inconsistency of the properties and challenges in handling feeding. Some industries, such as cane sugar milling, are dependent on being self-sufficient in energy by burning, in that case, bagasse, the fibrous stalk remaining after the cane juice is expressed. This, by the way, is one reason fuel ethanol from sugar cane can make economic sense while using corn for fuel ethanol does not.

Brazil, with its large sugar cane crop, fuels many of its automobiles with locally made ethanol, but is barred from exporting ethanol to the United States for political reasons.

Efforts to burn municipal solid waste in the United States have been challenged by handling difficulties, for example, by having pantyhose clog hammer mills intended to size reduce municipal solid waste for pneumatic conveying. Food wastes within a plant are likely to be more consistent and easier to handle. However, another challenge is whether to burn or recycle paper wastes, such as totes, bags, and slip sheets. These usually have more value as sources of fiber than as fuel, even though their heating value is tempting because they have low moisture content. Just because a material could be burned does not mean it should be. The same reasoning applies to plastic wastes, which also have high heating value, but a higher recycle value.

General Mills, according to a trade news item, received an innovation award for the development, launch, and use of its oat hull burner. This is a classic case of a relatively uniform, high heating value waste with little other use. Oat hulls have been used to make furfural, but evidently have more value as fuel.

A number of semiconductors, most based on silicon, can convert sunlight into electricity with theoretical efficiencies as high as 40%, although in commercial practice, efficiency is closer to 20%. Photovoltaic cells and arrays are so commercially available that systems for the home can be purchased at stores. Larger, utility or plant-scale systems are specifically designed for the site.

Arrays can be fixed or can track the sun. The most attractive locations have abundant sunshine and typically also have high electricity demand for air conditioning just as the peak solar intensity occurs.

Photovoltaic cells deliver direct current power, which usually must be converted to alternating current using an inverter, in which about 10% of energy is lost. Because the energy is only delivered during daylight, it must be stored for round-the-clock use. This is a characteristic solar power shares with wind power, another renewable, but intermittent source. Large battery storage facilities are being built to accommodate increasing supplies of renewable energy.

Good applications of photovoltaic cells include charging electric vehicles, recharging cell phones in remote areas, and powering corrosion-protection electrodes. In Haiti, I saw a mango purchasing station that had a small photovoltaic array on its roof to run computers and to recharge, for a small fee, cell phone batteries. The manager of the station kept the recharging fees as his compensation. He complained about insufficient power, so I suggested the array be relocated from its west-facing position so it faced south. The less efficient location was probably chosen for convenience of installation, not efficiency.

Many states, to encourage investment in renewable energy sources, have legal provisions enabling such facilities to sell excess power to local utilities, which must pay rates equivalent to their selling rates. This enables private facilities, such as food processing plants, to generate renewable energy, sell it to the grid, and still rely on the grid for a steady power supply while reducing their purchase costs. The utility must cope with the intermittent nature of the renewable supply, hence the investment in battery storage. Some firms have purchased renewable energy credits by investing in remotely located solar arrays or wind farms and then applying the credits to their local power bill. 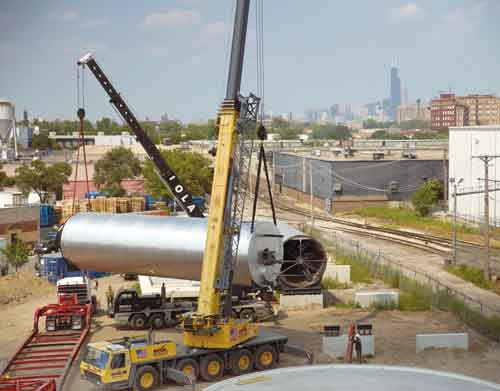 Anaerobic digestion is a well-established wastewater treatment process often applied to the sludge from an activated sludge/aerobic sewage treatment plant. Activated sludge employs a mixed population of microbes to consume soluble organics in wastewater while creating more microbes and consuming oxygen from the air. The surplus microbes and undigested solubles create sludge, which is then reacted in the absence of air to decompose to methane and carbon dioxide. As used in sewage treatment, the process disposes of sludge or at least reduces its volume for land disposal.

Often the produced biogas is burned, but it can be captured and used to power the treatment plant. Food wastes lend themselves to direct anaerobic digestion optimized to produce biogas. The city of Tulare, Calif., has six large dairies and numerous other food plants in central California. In contrast to other municipal treatment works, it actually encourages the food plants and dairies to discharge strong waste streams because it is prepared and collects about 600,000 cu ft of a combustible gas per day. This gas is burned to generate most of the power needed to run the treatment plant. Natural gas and biogas, which has a lower heating value because of the carbon dioxide it contains, can be burned in diesel or spark ignited engines driving electric generators.

A facility known as The Plant (www.plantchicago.com) in Chicago is a business incubator for small food producers, such as vertical farms using hydroponics; an educational facility about food growing and processing; and soon will be an anaerobic waste treatment facility for its own and contributed wastes.

Water has been called the new oil because it is such a valuable and essential resource, and, in many parts of the world, it is running out. Food plants use a lot of water, much of it for cooling and much for cleaning. In some food processes, water is an important ingredient that may or may not stay in the product. Where it is used for cooling, it can easily be collected and reused for cleaning. In some cases, water is lost by evaporation in cooling towers. Replacing cooling towers with central chillers may make sense where water is in short supply and a humid climate makes cooling towers inefficient. Distributing cooling through a secondary refrigerant, such as ice slurry, can provide high cooling capacity with reduced need for ozone-depleting refrigerants. In some countries, water is expensive and has absolute restrictions on supply quantities.