Snacking in between meals because you’re too hungry to wait. Eating more than you should at a meal because you just don’t feel full. We have all been there. Satiety is the feeling of fullness after or between meals, and it is an emerging area in weight management. “According to the 2011 Gallup Study on Satiety, 74% of U.S. consumers think they could successfully lose weight ‘if only I could manage my hunger,’” states Barbara Davis, director of medical & scientific affairs at PLT Health Solutions, Morristown, N.J. (www.plthealth.com). “In late 2013, Mintel stated that as many as 87% of consumers indicated satiety as an important food attribute for them when choosing products.”

Many ingredients and whole foods are being shown to help curb appetite and keep consumers feeling fuller for longer periods of time. Here is a look at some of these satiety-promoting ingredients and foods. 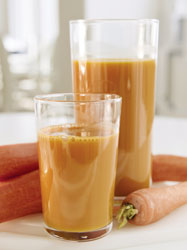 Protein
Protein remains one of today’s top nutrients, thanks in part to its known effects on satiety. Leidy et al. (2013), for example, suggested that the addition of breakfast, particularly one rich in protein, might be a useful strategy to improve satiety, reduce food motivation and reward, and improve diet quality in overweight or obese teenage girls. The randomized crossover trial included 20 girls who consumed a 350-kcal (13 g of protein) cereal-based breakfast, 350-kcal high-protein egg- and beef-rich (35 g of protein) breakfast, or no breakfast meal for 6 days. Eating breakfast led to beneficial alterations in the appetitive, hormonal, and neural signals that control food intake regulation. Eating the high-protein breakfast led to further alterations in these signals and reduced evening snacking compared with not eating breakfast.

Whey protein is a natural complete protein containing all of the essential amino acids the body needs, and it is also one of the best sources of branched-chain amino acids, especially leucine. Leucine has been shown to help increase muscle protein. Whey protein may help lead to satiety by stimulating several gastrointestinal hormones that are thought to regulate appetite control in the brain.

Abou-Samra et al. (2011) demonstrated pea protein’s effect on food intake. Two randomized, single-blind crossover studies were completed. In the first study, the researchers investigated the effect of a preload containing 20 g of casein, whey, pea protein, egg albumin, or maltodextrin compared to the control (water) on food intake 30 minutes after consumption of the preload. In the second study, the preload was consumed as a starter during an ad libitum meal. In the first study, food intake was significantly lower only after consuming casein and pea protein compared to the control, and feelings of satiety were significantly higher after consuming casein and pea protein. In the second study, the results showed no difference between preloads on ad libitum intake, indicating that consuming the protein preload as a meal starter decreased its impact on food intake as opposed to consuming it 30 minutes before the meal.

Whole Grains and Dietary Fiber
Some studies have shown a relationship between certain whole grains and feelings of fullness. 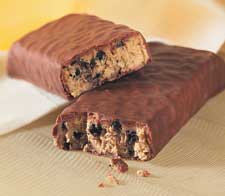 Litesse® polydextrose from DuPont Nutrition & Health is a highly branched polymer of glucose that is recognized as a soluble dietary fiber. Its unique arrangement of glycosidic linkages makes it resistant to hydrolysis by human digestive enzymes, therefore following ingestion, it passes intact into the colon where it is partially fermented by colonic microflora.

“Our Litesse polydextrose is a low-calorie, sugar-free carbohydrate that can help in formulating low-calorie, reduced-sugar, and low-fat food and beverages. It can also lower the glycemic index of a particular food and contributes to satiety while adding fiber to a variety of packaged foods,” says Cathy Dorko, product manager for active nutrition at DuPont Nutrition & Health.

Other ingredients combine different dietary fibers. WEIGHTAIN ® from Ingredion Inc., Westchester, Ill. (www.ingredion.com), consists of a combination of dietary fiber sources, including a viscous hydrocolloid and a whole-grain corn flour rich in resistant starch. Most recently, scientists from the University of Liverpool demonstrated the effectiveness of WEIGHTAIN (Ingredion, 2014). Psychologists tested whether the new product made people feel fuller for longer and influenced the amount of food they ate. In the study, 90 normal-to-overweight participants were given a fruit-based smoothie for breakfast containing a dose of either 20 g or 30 g of WEIGHTAIN, or a non-active control. The results showed that food intake at both lunch and dinner times was lower when the satiety ingredient was given at breakfast compared to the control. After consuming the 20 g dose, 4% fewer calories were eaten and after consuming the 30 g dose, 5% less food was eaten at both lunch and dinner combined. Lower hunger levels after breakfast were recorded in subjects who consumed both doses, and lower hunger levels after lunch were recorded in subjects who consumed the 30 g dose. 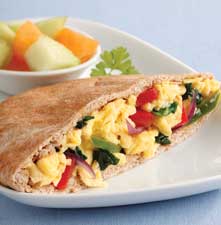 Eggs
“Studies with whole foods have consistently demonstrated that protein is the most satiating of the macronutrients—more satiating than carbohydrates or fats,” says Mitch Kanter, executive director of Egg Nutrition Center, Park Ridge, Ill. (www.eggnutritioncenter.org, www.aeb.org). “So high-protein foods like eggs have a leg up in this regard. The next ‘frontier’ in satiety research is demonstrating actual weight loss. The concept of satiety is new to most consumers, and not easily understood. That said, we have funded satiety studies and then publicized the outcomes. A few of these studies indicated that a high-protein egg breakfast was more satiating than a high-carbohydrate bagel breakfast.”

“We have funded studies at University of Missouri with Dr. Heather Leidy which indicated that a high-protein breakfast may affect high-fat snacking later in the day, more so than a high-carbohydrate breakfast, leading to fewer calories consumed throughout the day,” notes Kanter. “We’ve also funded studies with Dr. Nik Dhurandhar at the Pennington Research Institute at LSU, which suggested that protein quality can also impact levels of satiety. When folks ate a high-quality protein egg breakfast, they tended to be more satiated than after consuming a lower-quality protein wheat-based breakfast. We are presently following up on this study with additional work on protein quality.”

Almonds
Tan and Mattes (2013) found that subjects who ate 1.5 oz of dry-roasted, lightly salted almonds every day experienced reduced hunger and improved dietary vitamin E and monounsaturated fat intake without increasing body weight (Almond Board of California, 2013). The four-week randomized, controlled clinical study led by researchers at Purdue University included 137 adult subjects at increased risk for type 2 diabetes. The subjects were divided into five groups: a control group that avoided all nuts and seeds, a breakfast meal group and lunch meal group that ate 1.5 oz of almonds each with daily breakfast or lunch, and a morning snack group and afternoon snack group that consumed 1.5 oz of almonds between customary meals.

The effect of almonds on satiety may be attributed to the monounsaturated fat (13 g/oz), protein (6 g/oz), and fiber (4 g/oz) content of almonds, but further research is needed to better understand the underlying mechanisms, according to Almond Board of California, Modesto, Calif. (www.Almonds.com).

Pulses
Pulses are part of the legume family and include dried peas, edible beans, lentils, and chickpeas, according to Pulse Canada, Manitoba, Canada (www.pulsecanada.com). Pulses are very high in protein and fiber and low in fat. In a meta-analysis, Li et al. (2014) showed that dietary pulses contribute to acute satiety but not second meal intake. 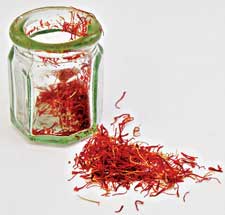 Saffron Extract
“Many people snack and overeat due to habit, stress, anxiety, or frustration—emotional eating,” explains Davis. “Satiereal ® is a fundamentally different and healthy approach to weight management—satiety through a sense of well-being.” Satiereal saffron extract is a proprietary extract of saffron stigmas (Crocus sativus L.) that has been shown to have a beneficial effect on influencing satiety, appetite, mood, and behaviors relating to snacking.

“This product has a unique mechanism that not only creates satiety but helps avoid snacking and compulsive eating behaviors, which in turn leads to reduction in weight and inches,” says Davis. “Satiereal ’s clinically studied formula is thought to work through the neurotransmitter serotonin to help create a state of satiety.”

Satiereal has been tested in two randomized, double-blind placebo-controlled clinical trials: a four-week pilot study and an eight-week double-blind placebo-controlled trial. “The Gout 2010 study was conducted with 60 healthy, only mildly overweight women who were between 25–45 years old,” explains Davis (Gout, 2010). “Satiereal intake over the 8 weeks resulted in a significantly greater body weight reduction than the placebo group. Satiereal intake decreased snacking by 55% compared to a 28% reduction by the placebo group. The decrease in appetite was 69% in the Satiereal group versus 54% in the placebo group. Typical use levels for Satiereal saffron extract are 88.25 mg, twice a day, before breakfast and dinner, for a total of 176.5 mg.”

Korean Pine Nut
An all-natural oil, extracted from the nuts of the Korean pine tree, PinnoThin® has been shown to help suppress appetite and promote a feeling of fullness, according to Stepan Lipid Nutrition, Maywood, N.J. (www.stepan.com, www.pinnothin.com), which produces the ingredient. Nuts of the native Korean pine tree are especially rich in long-chain fatty acids such as pinolenic acid. The Korean pine tree contains more than 40 times as much pinolenic acid as other types of pine nuts.

Einerhand et al. (2006) showed that within 30–60 minutes of taking a 3 g dose of PinnoThin, the release of the satiety hormone cholecystokinin was significantly increased in the blood of test subjects. The natural metabolites of PinnoThin also significantly increased the release of another satiety hormone, glucagon-like peptide1 (GLP1) in the blood. Both hormones send signals of satiation to the brain and are essential in regulating food intake.

www.ift.org
Members Only: Read more about protein, fiber, nuts, eggs, and more online at www.ift.org. Type the keywords into the search box at the upper right side of the home page.