Ultrasound has been applied to a wide range of food processing operations, both in research laboratories and commercially. This emerging technology has received a good deal of interest due to its green nature and nonthermal benefits, which include increased throughput, reduced cost, improved final product quality, process simplification, and reduced energy usage. This column will review various ultrasonic applications for processing foods, as well as the basic principles of the technology. 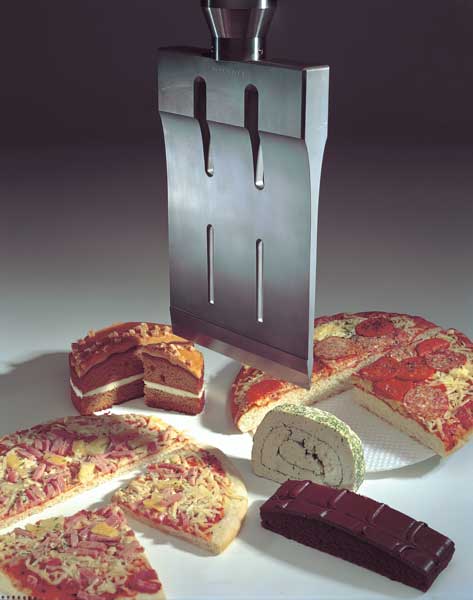 The Basic Science
Most people are familiar with the use of ultrasound by bats and dolphins for orientation and location of food. They use ultrasound in the frequency range of 20–100 kHz. Typical human hearing operates in the range of 20 Hz to 20 kHz. And food processing uses ultrasound frequencies ranging from 20 kHz to 10 MHz.

The ultrasound frequencies used in food processing are further classified into three ranges, each of which provides distinct benefits. In the low frequency, high power range (20–100 kHz), large amplitude waves are used. These waves alter the physicochemical properties and/or structure of foods, which is why they are commonly called power ultrasound. In the intermediate frequency range (100 kHz to 1MHz), chemical reactions are activated and free radicals can be formed, commonly referred to as sonochemistry. At both low and intermediate frequencies, sound penetrates and propagates in sinusoidal waves. The medium responds by vibrating elastically, producing acoustic cavitation.

Acoustic cavitation is the primary mechanism by which ultrasound acts on foods. This phenomenon involves rapid expansion and contraction of nano/micro bubbles of gas in the liquid being treated with ultrasound. Energy is created by the formation of pressure waves. Sudden and instantaneous collapse of the bubbles at a rate of tens of thousands of times a second generates extremely high, localized temperatures and pressures. These conditions lead to high shear forces and free radical generation, which can be used to improve food processing operations. In solid-liquid systems, cavitation-induced bubbles collapse asymmetrically, resulting in fluid moving rapidly from the bubble toward the solid surface. This is called micro-jetting and leads to rapid heat and mass transfer at the solid surface, modifying surface structures.

The high frequency, low power range (1–10 MHz) of ultrasound is used for diagnostic applications in food processing. These ultrasonic waves do not modify the food through which they propagate and thus are well suited for analytical applications, such as determination of structure, composition, and physical state. Examples include measurement of protein, water and fat content in foods, changes in dough consistency, evaluation of oil composition and purity, physical properties of batters, adulteration of honey, and more. High frequency ultrasound will not be discussed further in this column.

Equipment Design and Suppliers
There are three main components in a typical ultrasonic processing system: the electrical power generator, the transducer, and the emitter(s). The electrical power generator provides the energy for the system, which in most cases is an electrical current. An exception is the “liquid whistle,” which uses purely mechanical energy to generate ultrasound. The second component, the transducer, is the central element in any ultrasonic system. The transducer converts electrical energy (or mechanical energy) into sound energy through mechanical vibrations at ultrasonic frequencies. Most commercial transducers are piezoelectric, but some are magnetostrictive. Piezoelectric transducers convert cyclic electrical current into physical vibrations, and magnetostrictive devices convert varying magnetic fields into physical vibrations.

The third component, the emitter, is used to radiate (and in some cases amplify) the ultrasonic waves from the transducer into the medium. Emitters can come in the form of baths, horns, or sonotrodes. Airborne ultrasound systems do not require emitters. Baths usually consist of a tank that contains one or more transducers that radiate ultrasound into the sample. Horns can be attached to transducers to amplify the signal and apply it directly to the food. Furthermore, sonotrodes can be attached to the tip of the horn to further radiate the ultrasonic wave into the sample. The shape of the horn and the inclusion of a sonotrode control the amount of amplification. Many sonotrodes are manufactured from titanium because it is light in mass (allowing more energy to be transmitted) and very rigid (insuring a long life). Common shapes for sonotrodes include knives, nozzles, or dies.

Commercial Applications
• Cutting. One of the most common uses of ultrasound in food processing is for cutting foods. Ultrasonic cutting uses the vibrational energy of ultrasound in combination with conventional blade movement in order to improve cutting quality. The cutting blade vibrates extremely rapidly resulting in both the food and the cutter experiencing alternating contact and separation. This results in a high deformation rate but a small deformation, thus reducing total cutting force, avoiding cracking and crumbling and resulting in a very smooth cutting surface. Another advantage of ultrasonic cutting is that the food does not stick to the blade. This makes it particularly effective for cutting sticky foods. It also works well for frozen, fragile, and heterogeneous foods. An ultrasonic blade and a variety of foods that have been cut using ultrasound are shown in the photograph.

• Food Preservation. Ultrasound can be used for inactivation of microorganisms and enzymes in order to preserve foods while maintaining their quality. The rapid creation and collapse of bubbles formed by the ultrasonic waves creates the antimicrobial effect of ultrasound. As cells break down, cell membranes thin and DNA damage occurs due to free radical production. Frequencies from 20–600 kHz are commonly employed for this purpose. Enzymes also can be inactivated through cavitation.

• Filtration. Ultrasound can increase the flux during filtration by breaking up the cake layer at the surface membrane without affecting the intrinsic permeability of the membrane. Ultrasonically assisted filtration has been successfully employed to enhance filtration of industrial wastewater, fruit juices, and extracts.

• Dehydration. Ultrasound has been used to enhance osmotic dehydration of fruits and vegetables. Moisture transfer rates are faster and sugar uptake is greater when ultrasound is incorporated during osmotic dehydration. Airborne ultrasound has also been investigated to improve hot air drying of foods. Drying rates were enhanced when combined with low air flow rates during drying. At higher air flow rates, high turbulence negated any beneficial effects of ultrasound.

• Freezing and Thawing. Ultrasound has also been investigated to improve the efficiency and quality of frozen and thawed foods. Numerous studies have confirmed that ultrasound can be applied at certain frequencies to vibrate ice crystals and speed thawing. Ultrasound has also been used to produce high value frozen foods like ice cream by controlling crystallization through sonocrystallization.

• Meat Tenderizing. Application of ultrasound to tenderize meats by modifying the protein structure has also been shown to be promising.

• Homogenizing/Emulsifying. Ultrasound has also been shown to be effective at assisting with emulsification through development of instabilities at the oil and water interface, as well as through acoustic cavitation-induced turbulence. Reductions in particle sizes are faster when ultrasound is applied during homogenization. Another advantage of ultrasonic emulsification is that it can be used for in-line treatment of foods such as fruit juice, milk, mayonnaise, and ketchup.

•Defoaming and Degassing. Commercial systems have been developed to control excess foam produced during high speed bottling of carbonic beverages. Airborne ultrasonic emitters are commonly used for this application. The ultrasound is applied in a rotating manner above the bottles, covering a large defoaming area at different speeds. The bubbles in the foam are quickly broken under the acoustic beam. Ultrasound can also be used for degassing beverages prior to bottling.

• Sealing Packages. Finally, ultrasound is commonly used to seal food packages such as the sandwiches shown on page 73. Both horizontal and vertical sealing equipment is commercially available.

The Future of Ultrasonic Processing
Ultrasonic processing is a relatively cheap technology with a diverse range of potential applications for food processing. Newer applications include aging of wines and whiskies to produce more rounded tastes and flavors, enhancing fermentation processes, and shortening rest periods required for bread dough. Many of the applications mentioned in this column have yet to be implemented commercially. It is anticipated that in future years fully automated ultrasound systems will be integrated more regularly into food production lines to improve food quality and safety while saving energy.