A restaurant-trained chef and former editor at Cook’s Illustrated magazine, J. Kenji López-Alt is the author of the cookbook The Food Lab: Better Home Cooking Through Science and managing culinary director at Serious Eats, a website geared toward the dedicated home chef. His book is a 950-page exploration of using the scientific method to figure out a better way to prepare a particular dish or ingredient, and telling you why it works. Given that López-Alt studied biology and architecture at MIT, his thirst for explanation and endless tinkering play themselves out perfectly in the kitchen. 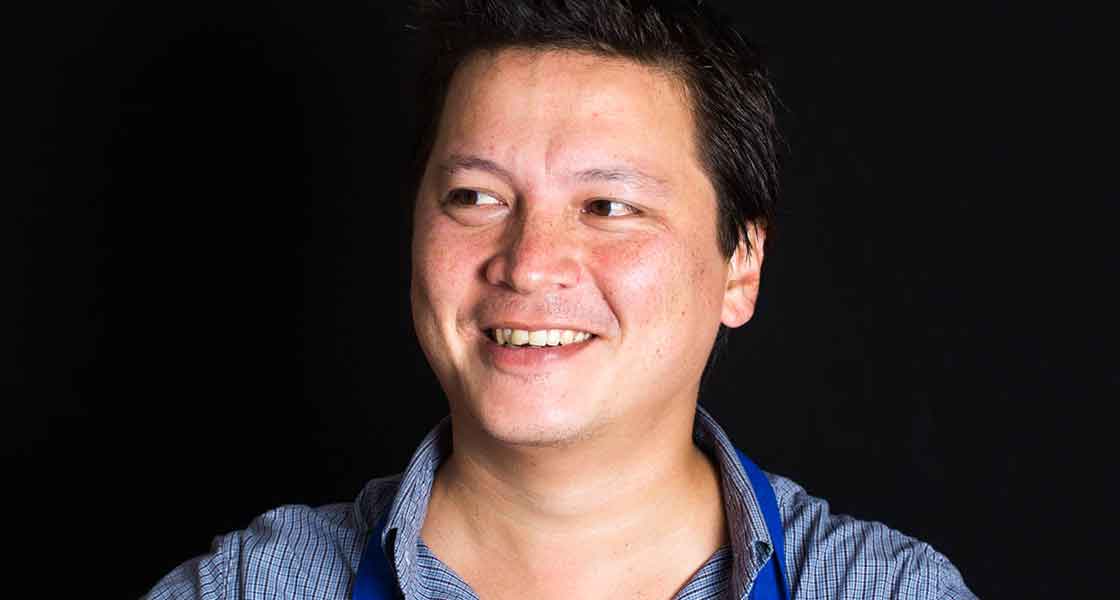 Kelly Hensel: You studied biology and architecture at MIT. What was it about cooking that lured you away from the lab?

J. Kenji López-Alt: I got into cooking kind of accidentally. It was meant to be a summer job as a waiter but the place had a position open in the kitchen. I’d never really cooked before but it sounded like fun. I enjoy the physical processes involved in cooking, even the menial tasks. And as somebody who likes to make things and build things, cooking is a pretty fast and easy way to get from raw ingredients to a really different end product that has a lot of value added to it. Then of course there’s the whole idea of feeding people and making people happy, which was another part I really liked.

Hensel: Your use of the scientific method reminds me of the Cook’s Illustrated approach. Is this where you refined your approach?

López-Alt: That’s where I started my approach. It was my first recipe testing gig; before that, I was in restaurants. I learned a lot while I was at Cook’s Illustrated. As someone who was trained in restaurants, I had to learn that people cooking at home cook very differently from people cooking in restaurants. Home cooks have a very different skill set and a different list of parameters of what they’re looking for in a recipe. I learned how to put myself in the mind of a home cook, to be able to tell what’s important and what’s not, and what people are looking for.

As far as the methodology goes, science is in my nature. It’s something I’ve always enjoyed and taken seriously. In that sense, the job at Cook’s Illustrated was really appealing to me because I got paid to do this thing that I wanted to do anyway. If anything, what I do now is actually even a little bit more rigorous from the scientific perspective than what I was doing at Cook’s Illustrated. But yes, that’s where I realized that using this approach to recipes is effective and people are interested in reading about it. 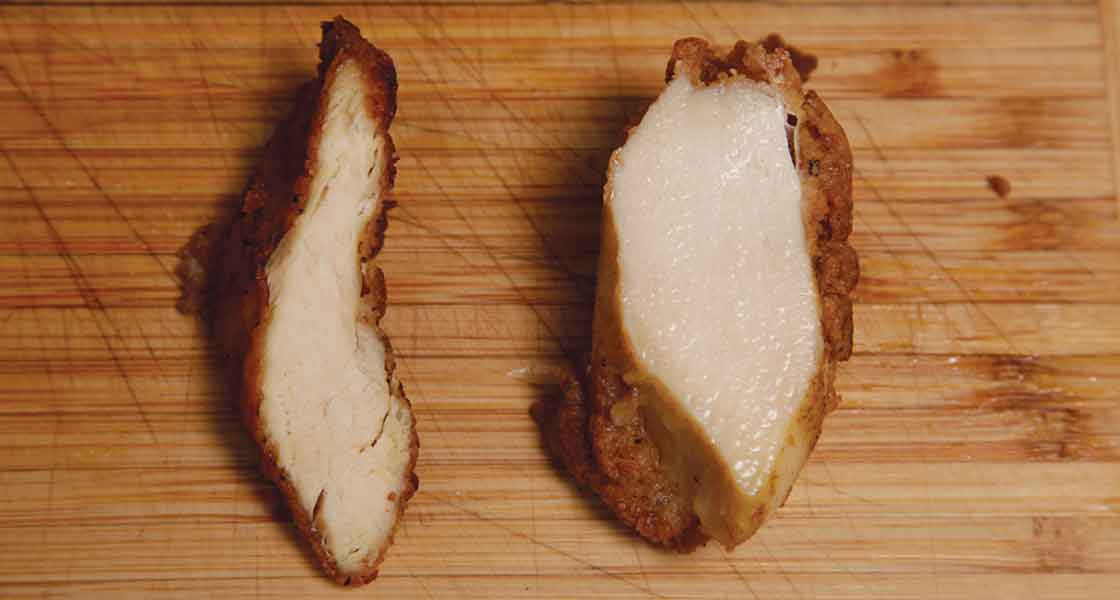 Hensel: How would you describe your reader… who are you writing for?

López-Alt: I think it’s a couple of different people. Part of it is for beginning cooks who have been intimidated about getting into cooking but who are already into science and engineering. I know I have a lot of those readers—people who have like a scientific mindset. I think letting them realize that cooking is science gets them more into cooking. It’s a good entry point to cooking.

I also think I am writing for people who have been cooking for a long time but have never really understood why they’re doing something a certain way. I think that’s probably the bulk of the audience—people who are already into cooking who just never really had a resource to explain why you do things one way versus another.

Hensel: You’ve cracked the egg (pun intended) and many other cooking conundrums. Is there anything that you haven’t yet figured out?

López-Alt: There is one science question that I haven’t found the answer to yet. In a number of my shrimp recipes, I add a little baking soda to the brine. So, I brine the shrimp with salt and a little bit of baking soda, and I know for a fact that the baking soda helps the shrimp stay crunchy no matter how you cook them. But I don’t know what the mechanism is that does that. That’s one question I’ve had and nobody I know has been able to answer it. 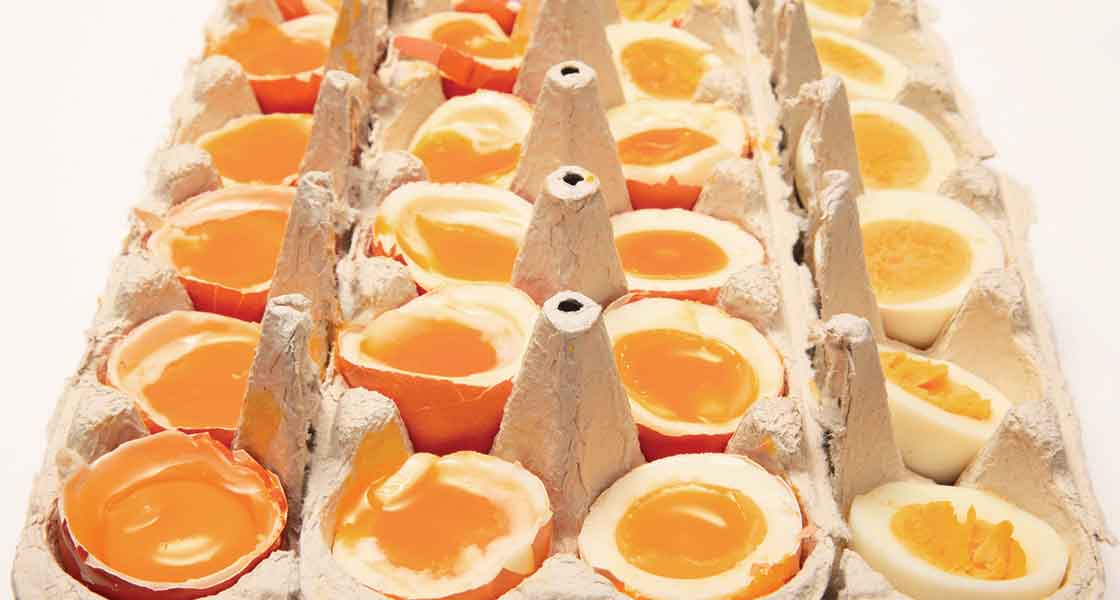 To find out how fast an egg cooks in boiling water, López-Alt cooked a dozen and a half eggs, removing them from the pot at 30-second intervals before splitting them open. © 2015 by J. Kenji Lopez-Alt

Hensel: Consumers are often hesitant or even fearful when they hear science and food in the same sentence. What, in your opinion, can the food industry do to build trust in science?

López-Alt: When people think of food science, they often think of processed foods. I think part of the problem might be that the big processed food companies have kind of purposefully obscured what’s going on behind closed doors because they’re afraid that people are not going to like what they see. I think transparency is key. I think there is also a sense of scientific snobbery in the scientist community. Part of that comes from the fact that scientists use a different language when they’re talking about their work—that can be intimidating to people.

The reason I think my food blog has been successful is because I try and take the more complicated scientific ideas and principles and explain them to people in a way that doesn’t use words that they don’t understand. That’s been one of the goals from the start.

When I was a kid I used to watch Mr. Wizard—it was my favorite show. I can honestly tell you that on a conceptual level, every scientific principle I learned up until probably sophomore year in college, I learned it on Mr. Wizard. I didn’t learn the math and everything at that point, but the basic ideas and the terminology—he was just really good at explaining that in ways that were not intimidating.

Hensel: You were recently a speaker at the MIT Media Lab and Culinary Institute of America’s rethink Food conference. What innovation do you think is going to alter the way consumers cook at home in 2016?

López-Alt: I think 2016 is definitely going to be the year of the electric pressure cooker because people have been using them more and more, and the new ones that are coming out are really great. Also, sous vide is getting bigger every year because the devices are so inexpensive now and the information for how to use them properly and how to cook with them is becoming more engrained in people. 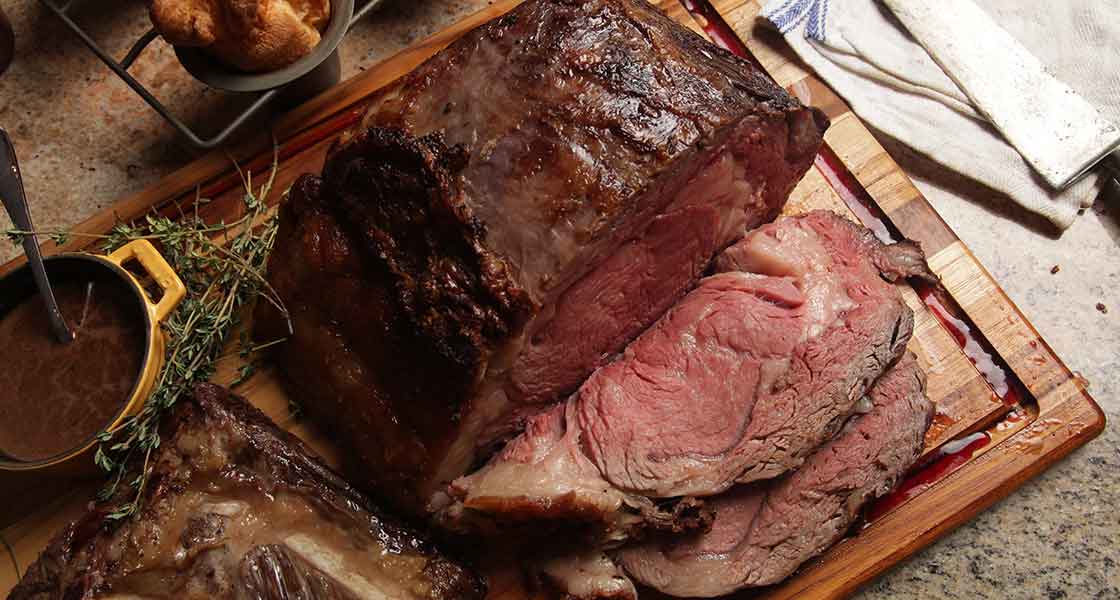 Take a Second Look at Pathogens in Cereal Flours March 1, 2022