When it comes to food, it is often assumed that transparency maximizes informed choice, but informed choice assumes that people will use that information wisely. In modern society, just about anyone can declare himself an expert; as a result, these so-called experts can cause real damage to the food industry by misinterpreting information and misstating facts. Quasi food-industry experts impose pseudoscience beliefs on consumers susceptible to believing misinformation, denigrating good science and things that people need to be healthy, such as processing techniques that ensure safe food and nutritious foods made with genetically engineered ingredients (GMOs). As a result, the transparency being adopted by food companies could come back to haunt them, but only if they aren’t prepared for the onslaught of misstatements and accusations. During IFT16, three speakers discussed transparency and presented solid ways to discredit pseudoscience and the people who rely heavily on it. 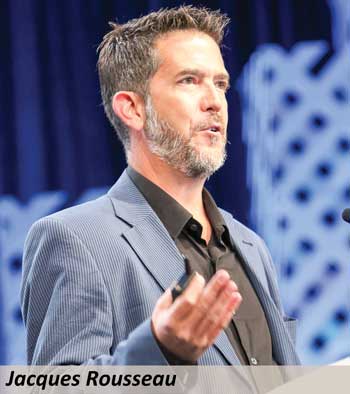 Scientific Breakthroughs Aren’t Pretty
During the session “Science Versus Sensationalism and Soundbites: How Can Consumers Make More Informed Choices?” Jacques Rousseau of the University of Cape Town in South Africa said that many modern consumers take pride in finding ways to support whatever preconceived notions they have about the food supply. That notion often revolves around disparaging experts and authoritarians and lauding bloggers or television hosts who may be just as uninformed as consumers are. Rousseau says that there used to be a space for authoritative insights, but that space is shrinking as real experts are widely reviled or ignored. This is especially true when it comes to food science. Although most consumers are willing to accept technology in some areas of their lives, many are reluctant to accept technology as it applies to their food. Fifty-seven percent of consumers believe that GMOs are generally unsafe, and sales of gluten-free foods are skyrocketing because consumers think that gluten is somehow dangerous for them. “We’ve got these peculiar reactions based on fear—based on panic,” Rousseau said, but “food isn’t out to kill you.”

Rousseau explained that society is participating in a state of aware-unawareness, which is based on selective reception and transmission of knowledge, uncertainty, and an unwillingness to know facts. The internet and social media have become highly effective tools for people who participate in aware-unawareness. Through confirmation bias, a person can use the internet to find more and more information that corroborates her point of view and, through social media, get many people to accept and adopt his distorted beliefs. Rousseau said that humans are naturally predisposed to finding confirmatory material that proves their beliefs. This is why food bloggers with no formal education in food science, nutrition, or related area of expertise feel confident in espousing erroneous information. Popular sentiment is no substitute for expertise, and “scientific breakthroughs do not happen on Dr. Oz,” Rousseau said. People making scientific breakthroughs are not particularly photogenic or social: They’re not on social media or television taking selfies and giving interviews; instead, they’re tucked away in laboratories or in front of computers focusing on research.

With the passage of the new federal GMO labeling law, it may seem that pseudoscientists are winning the battle, but Bev Postma, an international policy specialist and founding member of Food Industry Asia, said that there is still reason for hope. During the session “Taming Dragons in the Age of Pseudoscience,” Postma said that she and her colleagues were initially baffled by small but very vocal groups that could gain traction. The views of anti-GMO activists are at odds with her scientific training, and their conviction was daunting. But as she listened to close friends and relatives who seemed to be on the side of naysayers, she realized that it wasn’t the technology that they feared; they just had a major distrust of scientists. She started referring to anti-GMO activists and other scientific worrywarts as dragons of pseudoscience because their arguments were filled with hot air.

Some pseudoscientists are motivated by ego, greed, and fame, Postma said, while others are motivated by distress and confusion. Although she believes that self-styled pseudoscientists have a right to voice their concerns and position, sometimes their rhetoric is too dangerous. They like to make a dramatic impact, and their weapon of choice is fear. “Pseudoscience and scaremongering can do real harm,” she said. And despite two centuries of good scientific research, pseudoscientists still doubt the validity of it. Nonetheless, they often use their own “experiments” to prove their irrational views; not surprisingly, their research fails to adhere to accepted scientific methodology. She used the example of the bogus research by Andrew Wakefield (a former gastroenterologist and now-disgraced medical researcher) that vaccinations caused autism, which has led to the return of childhood diseases that were nearly vanquished. 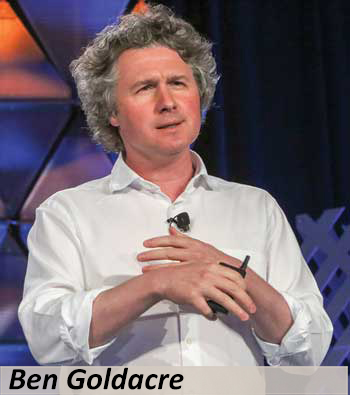 Science That’s Misused or Misunderstood
Researchers with official credentials, such as Wakefield, are partly responsible for the misinformation being spread and for the scrutiny and distrust directed toward science, according to author, broadcaster, and medical doctor Ben Goldacre. During the session “Telling the Story of Science in an Age of Misunderstanding,” Goldacre said that science is always reliable but the same cannot be said of all scientists. Scientists and researchers can cherry-pick data or otherwise exaggerate the outcomes of their research to get notoriety and/or additional funding. To illustrate this point, Goldacre noted that the scientific finding that red wine could help prevent breast cancer was observed in a petri dish, not in humans. Yet the results from an in vitro study were generalized for humans and publicized as if this phenomenon had been part of a human clinical trial. Goldacre was most critical of observational studies: He said that observational studies (which include correlative, cohort, and case control studies) provide the worst data available and should no longer be published. Researchers can find correlates for the most implausible associations; moreover, correlation does not equal causation. Such studies often conclude that “more research is necessary.” According to Goldacre, that statement is rather useless unless it specifically identifies what research needs to occur. To combat the hype, it is important to remind people that good science takes time and further conclusive studies.

Goldacre pointed out that meaningful human studies are hindered by ethical issues and time restraints. The key to obtaining information that is truly useful is knowledge management, so he believes that systematic reviews and meta-analyses of randomized controlled trials are best for obtaining definitive conclusions. As great as these are for providing good data, they too have imperfections: Meta-analyses can suffer from publishing bias (i.e., only certain results are published), and randomized controlled trials can either take too long or require too many resources. Goldacre said that efforts must be made to reduce the costs of randomized controlled studies. “Pseudoscience has consequences. Every time we give in to the desire to play fast and loose with data, we give permission to others to misuse evidence,” he asserted.

Putting Out Pseudoscience Fires
Despite these limitations, science forms the basis for knowledge, and openness to correction is its main virtue. Effective science communication and debunking misinformation are very difficult and require work. Perhaps the best ways to promote scientific literacy are to teach people to understand the basics of scientific method and to increase transparency. Postma advised food scientists to expand beyond their comfortable peer groups to have meaningful conversations about science. “We cannot work in silos if we want good science and technology to prevail,” Postma said. “There’s never been a more important time for real science to conquer fear.” Faced with transparency, good science, and rational conversation, many fearmongers will be overwhelmed into silence. After all, it is illogical for food elitists to believe and accept the developments and findings of scientific research in areas such as health care, prescription drugs, and medical technology but not with regard to food and nutrition science. But even this revelation cannot deter all pseudoscientists: Human brains are programmed to feel first (emotion) and think later (logic/reason). Emotion and instinct usually overpower purposeful reason.

Postma suggested ways for scientists to have better conversations with consumers and pseudoscientists: 1) enter every conversation assuming there is something to learn, 2) keep calm and ask questions—don’t just fire off facts and evidence-based opinions because it is very important to express empathy, and 3) listen more (most people don’t listen with the intent to understand—they listen to form a reply). Once the emotional barrier is breached, scientists can steer the conversation to the many ways that science and technology benefit society.

People may think food science and technology are evil, but they exist to make food safer. And that’s the scientific message consumers need to receive. As Marie Curie once said, “Nothing in life is to be feared; it’s only to be understood. Now is the time to understand more so that we may fear less.”