Americans aged 70-plus are now the most likely to cook using a microwave oven (Harris 2016). Last year, for the first time, more men than women bought gourmet foods; 42% of men were the primary grocery shopper for their household (SFA 2016, FMI 2016a). Baby Boomers are the most frequent restaurant visitors (NRA 2017). As the preceding examples illustrate, consumers’ shopping, meal preparation, and consumption patterns are not always what one might expect.

New generational attitudes and lifestyles along with demographic shifts are creating new opportunities for food and beverage manufacturers and reshaping the customer mix.

Editor’s Note: This article presents population projections based on the most recent U.S. Census (2015). However, with a significant decrease in U.S. immigration, which normally would contribute to growth in the younger population segments, generational size estimates should be used only directionally.

Demographic Dynamics
At this point in time, three generations—Millennials, Baby Boomers, and Gen Z (which refers to America’s 74.5 million infants, toddlers, young children, and teens aged 19 and under)—each make up about one-quarter of the U.S. population (U.S. Census 2015).

In 2015, America’s 75.4 million Millennials, who are now aged 20–36, inched past their 74.9 million Baby Boomer parents’ generation—now aged 53–71—to become the largest U.S. adult population cohort. If recent U.S. immigration levels continued, the Millennial segment was projected to grow and peak at 81.1 million in 2028.

With one-third (34%) of Millennials still living at home with their parents or in college dormitories, marketers have yet to realize these young adults’ full food/beverage market potential (U.S. Census 2015).

Baby Boomers controlled 70% of all disposable income and spent $230 billion on consumer products in 2016, so it’s likely they will dominate the food/beverage market for several years to come (Nielsen 2017b).

With couples with no children at home (accounting for 38% of households) and those living alone (28% of households) remaining the two largest household units, the demand for more single-serve and easily portionable items will continue (U.S. Census 2015).

With multicultural consumers now making up 49% of Gen Z, 44% of Millennials, 40% of Gen Xers, and 28% of Baby Boomers, expect greater attention to authentic global culinary fare (Nielsen 2017a).

Watch for new culinary influences from Mexico, China, India, the Philippines, El Salvador, and Vietnam—the top countries of origin for recent U.S. immigration (U.S. Census 2015). With a declining middle class, consumers making more than $100,000 a year will continue to drive food trends and demand more high-quality, premium food experiences; 45.1 million households had annual incomes of more than $100,000 in 2014 (Hartman 2016b).

At the same time, savvy food marketers are better targeting the needs of the 44.4 million lower-income Americans who participate in the U.S. Dept. of Agriculture’s Supplemental Nutrition Assistance Program (food stamps).

As U.S. consumers migrate back to urban living—especially to cities with populations in the range of 500,000 to one million, focusing on the specific needs and preferences of city dwellers is a very smart idea for food and beverage marketers (Nielsen 2016).

What’s Cooking?
More than half of Millennials (54%) say they prepared dinner at home more often last year versus 38% of consumers overall who made that claim. Baby Boomers/Matures made a meal that required preparation five nights per week on average; Millennials did so an average of 4.1 times (FMI 2016a). 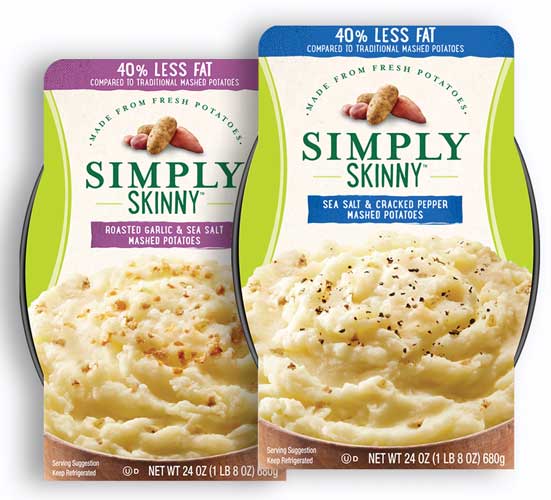 Four in 10 Millennials are heavy users of prepared side dishes—double any other age group. One in three consumers under age 45 use packaged meals/frozen dinner kits; one in five use refrigerated heat-and-eat potatoes/pasta (Harris 2016).

Three-quarters of Boomers, Gen Xers, and Millennials now consider themselves very knowledgeable about scratch cooking; nine in 10 Matures and 40% of men feel that way (FMI 2016a, Mintel 2017a).

More than half (56%) of Millennials would try a new meat/poultry item versus 38% of Baby Boomers and 18% of Matures. Households with young kids, Millennials, and Gen Xers are most likely to use heat-and-eat and value-added meats (FMI 2017).

Households with kids are four time more likely than others to use a food processer or blender, three times more likely to cook on the grill or use a slow cooker, and twice as likely to use preprepared side dishes (Harris 2016).

Millennial households are more likely than others to own a blender, panini press, soda maker, pizza oven, or electric rice cooker; they are the most likely to cook on the barbecue grill (NPD 2015).

Just over half (52%) of adults use deli-prepared foods; singles, households with young children, men, Millennials, and urban dwellers are the most likely to do so (FMI 2016b).

Households with kids are the heaviest users of all frozen food categories. African-American households and those that include teens are the most likely to use frozen entrées and frozen snacks (Packaged Facts 2017b). 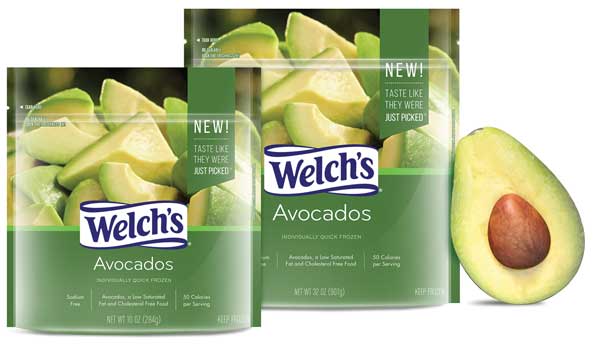 Millennials are the consumers most likely to brown-bag. Nearly half (48%) prepared breakfast at home but ate it at work or on the go; 54% did so for lunch and 33% for dinner (FMI 2016a).

One in five Millennials and Gen Xers are brown-bagging frozen snacks to work; one in 10 eat in the car. Hispanics are most likely to substitute frozen snacks for meals (Mintel 2016a).

Older consumers are far more likely to eat breakfast than members of other generations; nine in 10 Matures/Baby Boomers prepare and eat breakfast at home versus 74% of Millennials (FMI 2016a). 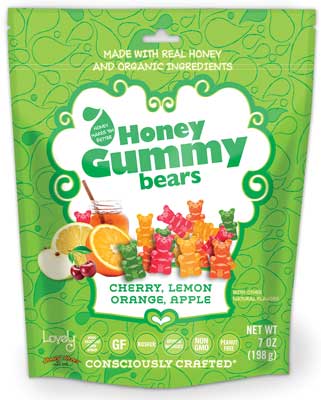 Food Preferences
Millennials and Baby Boomers account for nearly two-thirds of the 48% of U.S. adults who describe themselves as foodies (Packaged Facts 2015a).

While those aged 25–44, followed by those aged 18–24, continue to drive purchases in the $127 billion specialty foods category, increased use by other demographic groups has pushed sales up 15% over the past two years (SFA 2017). Parents of young children and Hispanics are among the most frequent specialty food purchasers (SFA 2017). 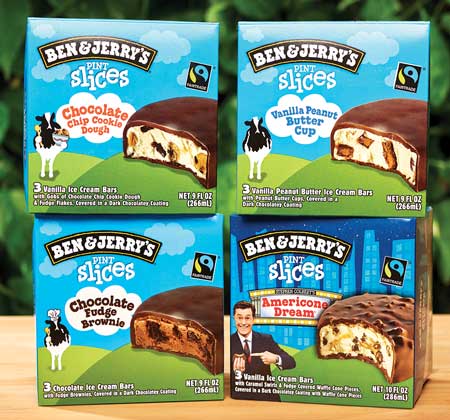 Those living alone are the least likely to shop in fresh departments and represent a huge untapped opportunity for single-portioned items (IDDBA 2017).

Fresh fruit snacks and juicing/smoothies are some of the fastest-growing fresh areas, of interest to 83% of consumers overall and 34% of households with children (FMI 2016c).

Older Millennials and Gen Xers are driving growth in cheese consumption. Monterey/pepper jack, mozzarella, and feta are of greatest interest to Millennials; cheddar and blue are the top Baby Boomer favorites (Packaged Facts 2016b).

Millennials and Gen Xers as well as households with children are driving interest in alternative snacks; 42% of Millennials had eaten one or more pulse-based snack/s in the past month, but only 10% of Matures had done so, according to recent survey data (Packaged Facts 2017a).

U.S. Hispanics have the highest level of purchase or consumption of dairy alternative beverages formulated with protein (45%), followed by Asian consumers at 42% (Packaged Facts 2016d).

If they could create their own drink, both young and older consumers would select juice and/or tea as the base. Low-/no-calorie would be the most important attribute for older consumers; for younger adults, it is energy and electrolytes (Mintel 2017b). 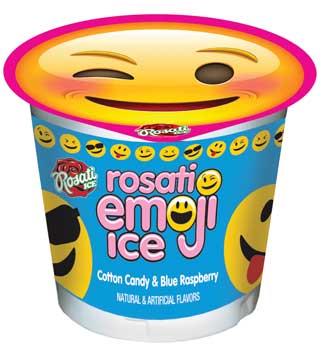 No Kidding
Sales of infant formula—the largest health/wellness packaged foods category in the world with 2015 global sales of $47 billion and $4.2 billion in the United States—are projected to grow at a rate of 9.1% annually through 2017 (Euromonitor 2016).

While parents expect teens to eat what the rest of the household eats, kid-specific products are in high demand by parents of those aged 6–12 (Packaged Facts 2016a). In 2016, 42% of all households with kids ate dinner together three night per week or less. Not surprisingly, one in five Millennial parents want more kid-specific meals (Harris 2016).

Generational Health
When it comes to health and wellness practices, the gap between the generations appears to be closing (Hartman 2016c). Just over half of Millennials and Baby Boomers say they’re developing healthier eating habits. One-third of each group has made changes to their diet to manage a health condition, and 45% are regularly exercising to reduce stress (Hartman 2016c).

Consumers under age 50 are most likely to be trying to manage conditions that impact their everyday performance (e.g., mental sharpness, strength, energy/tiredness, stress, immunity, and back, neck, or muscle pain) (HealthFocus 2015).

The list of top health concerns among older consumers includes having the ability to continue with normal activities and remain mentally sharp as they age; eye, bone, muscle, and heart health; and medical conditions often associated with aging, such as joint pain/arthritis or diabetes (HealthFocus 2015).

Twenty-five percent of those aged 65-plus have diabetes (ADA 2016). Two-thirds of the 50 million Americans suffering from arthritis are under age 65 (AF 2015).

Millennials are the most likely to report digestive issues such as indigestion, gas, bloating, diarrhea, constipation, heartburn, and nausea (Mintel 2016f). 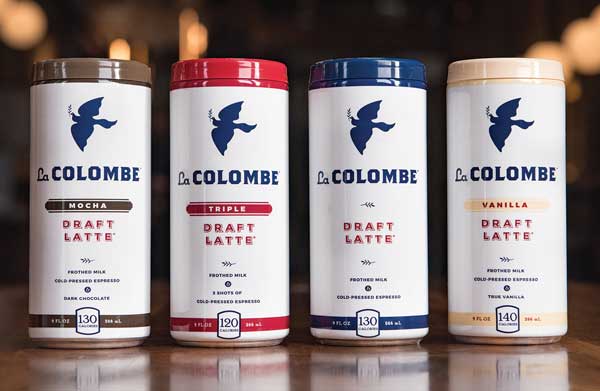 Health concerns aren’t limited to older members of the population. The percentage of Millennials who are very or extremely concerned about the nutritional content of their food is now on par with other generations (FMI 2016a). Moreover, their increased use of supplements is credited with sending supplement sales to an all-time high.

Two-thirds of Millennials take a multivitamin; 43% take vitamin C; 32%, vitamin D; and 30%, B vitamins. Fiber, probiotics, digestive enzymes, collagen, and keratin are the specialty supplements most used by Millennials (CRN 2016). 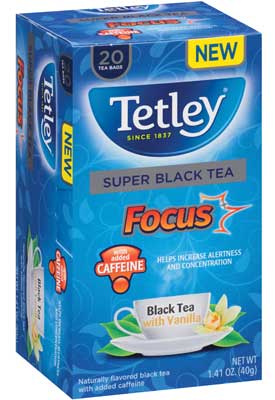 Low sodium is the top health claim sought by Matures; two-thirds of those in this segment are looking for low-sodium products. That is followed by low sugar, sought by 49%; no trans fats, 46%; high fiber, 39%; and no artificial ingredients, 37% (FMI 2016a).

Those aged 55-plus are the least interested in protein. With rising concerns over mobility and muscle health with age, targeting protein for older consumers is a very big idea, however (Packaged Facts 2016d).

Although generally women are less likely to consume sports drinks, Millennial women are an exception; they overindex for consumption versus their male peers. Similarly, women aged 50-plus also exceed their male counterparts in terms of energy drink consumption.

Consumers with one or more children in their household are significantly more likely to purchase energy and sports drinks for themselves. Having a single child in the home is sufficient to see this bump in reported usage, and energy drink usage tends to increase with each additional child (Packaged Facts 2017d). 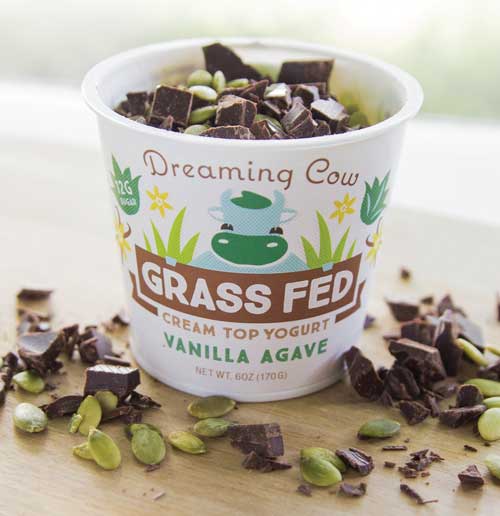 Clearly Sustainable
Millennials are the consumer segment most familiar with the terms minimally processed and eating clean; 67% are familiar with the former phrase and 66% with the latter (FMI 2016d). Three-quarters of younger adults actively seek out cleaner food/beverages versus 57% of Matures (Mintel 2016g).

In the meat department, hormone/antibiotic-free, animal welfare, raised locally, and grass-fed are the attributes that draw high interest across all ages; Millennials are the key drivers of natural and organic product sales (FMI 2017). 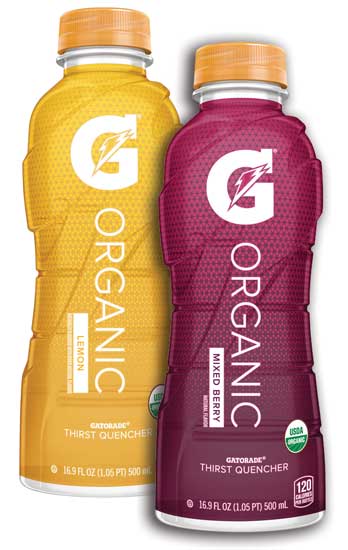 Four in 10 Millennials would pay 20% or more for food products made, grown, or raised in the United States; one-third of Baby Boomers and Matures would do so (FMI 2016c). Interest in local foods is highest among those aged 55–64 (NRA 2017). Boomers are most likely to think that farmers are a more important partner than their primary grocery store in helping them to say healthy (FMI 2016a).

Millennials (39%) are most likely to experiment with specialized eating plans/diets, followed by Gen Xers/Boomers (each 26%), and Matures (25%). Young adults are especially likely to try a vegetarian, vegan, paleo, or juice cleanse regimen. Baby Boomers favor high-protein diets or lactose-free, and Matures go for lactose-free and/or the Mediterranean or DASH diet plans (FMI 2016a).

Millennials remain the most likely to say they would pay 20% more for products that are made in an environmentally friendly and sustainable way; willingness declines with age. Six in 10 Millennials say they usually buy products from companies whose values are most like their own versus 47% of Matures (NMI 2017).

Moreover, more than two-thirds of Millennials would like a product label that conveys information about a product’s safety, environmental impact, and performance; 69% of Boomers and 66% of Matures are interested in that (NMI 2017).