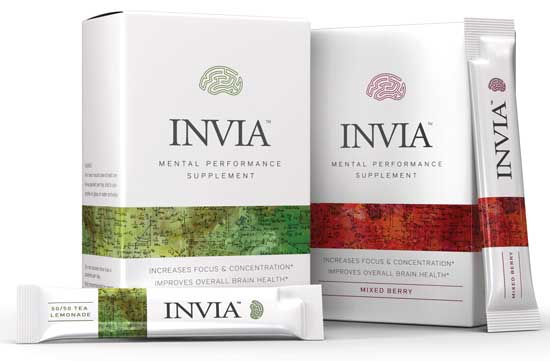 Foods and beverages that support cognitive health are targeted to consumers of all ages. From brain development to mental sharpness, focus, and memory, brain health encompasses many areas. “The younger population is looking for more of that mental energy boost and focus and attention aspect when it comes to brain health, while the older demographic is looking more for the memory aspect of a brain health formulation,” observes Elyse Lovett, marketing manager of Kyowa Hakko. “As consumers educate themselves more and more through social media and influencers, we will continue to see a growing demand for brain health ingredients in the Millennial and Gen X populations. Clinical trials and well formulated products with ingredients that are backed by science will be key when consumers purchase these types of products.” Here is a look at some of the ingredients that have been shown to support cognition.

Omega-3 Fatty Acids
Omega-3 fatty acids, particularly docosahexaenoic acid (DHA) and eicosapentaenoic acid (EPA), have been shown to benefit cognitive health from early infancy to the senior years. Kulzow et al. (2016) demonstrated that supplementation with long-chain omega-3 fatty acids exerted positive effects on memory function in healthy older adults. A double-blind placebo controlled study was conducted on 44 cognitively healthy adults aged 50–75. They received either daily supplementation with encapsulated omega-3 (providing 1320 mg of EPA plus 880 mg of DHA) or the same number of capsules (4) filled with sunflower oil (control group) for a period of 26 weeks. After 26 weeks, those who consumed the omega-3 supplements exhibited a significant enhancement of their cognitive performance as measured by the Object-Location Memory test.

Bos et al. (2015) showed that omega-3 supplementation may be helpful for pharmacological treatments of attention-deficit/hyperactivity disorder (ADHD). In the randomized and placebo-controlled trial, 40 boys aged 8–14 with an ADHD diagnosis were recruited through the Dept. of Psychiatry at the University Medical Center in Utrecht while 39 typically developing matched boys (reference group) were recruited from local schools. The boys consumed either a normal margarine with no supplementary DHA/EPA (control group) or one that provided 650 mg of DHA plus 650 mg EPA daily for 16 weeks. The average measures of attention problems were significantly lower (by 27%) for the children with ADHD who received the supplementary DHA/EPA as compared to those who received the control. The DHA/EPA supplementation also improved parent-rated attention scores in the boys without ADHD.

Choline
Choline is a nutrient that is part of the messaging system of the brain and is involved in various brain activities. According to information from The Choline Council, choline is a precursor to the neurotransmitter acetylcholine. Choline also functions as part of phosphatidylcholine, a structural component of the phospholipid membrane of all cells, including glial and neuronal cells. Before birth, choline is needed to help form the membranes of the nervous system. Choline may support the brain during aging and helps prevent changes in brain chemistry that may result in cognitive decline and failure. Last year, in the first update to the Nutrition Facts label in 20 years, the U.S. Food and Drug Administration called for manufacturers to voluntarily label choline. In addition, the FDA established a reference daily intake for choline of 550 mg per day.

Egg yolks contain fat-soluble vitamin D and are naturally high in choline. Rembrandt Foods offers a new egg yolk protein and phosphatidylcholine concentrate based on egg yolks. The yet-unnamed new ingredient is a defatted egg yolk powder that contains approximately 57% protein and is a rich source of phospholipids. It contains approximately 21% phosphatidylcholine and 4%–5% phosphatidylethanolamine in roughly a 4:1 ratio. This unique ingredient is made using a solvent-free natural extraction technology and has a significantly reduced level of triglycerides.

Citicoline
Citicoline is a naturally occurring nutrient in the brain that increases phosphatidylcholine, which is critical for healthy brain function, explains Lovett. Her company, Kyowa Hakko, offers Cognizin citicoline, which helps maintain normal levels of acetylcholine, a nutrient that regulates brain function. It has been shown to support attention, focus, and concentration. Long-term, it may help maintain healthy brain function against age-related concentration. “Our most recent study (McGlade et al. 2015), showed that adolescent males that were supplemented with 250 mg or 500 mg Cognizin citicoline had improved attention and an increase in psychomotor speed compared to placebo,” says Lovett.

Magnesium
Magnesium has been linked to brain health. AIDP offers Magtein, a proprietary form of magnesium L-threonate, which has been shown to effectively cross the blood brain barrier. It increases brain synaptic density by rejuvenating neural cells. Four published research studies have demonstrated Magtein’s ability to improve short-term and long-term memory, recognition, and learning, as well as alleviate anxiety. 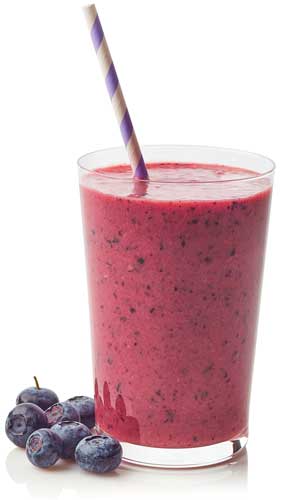 Blueberries
Blueberries have been linked to memory improvement, thanks to their high flavonoid content, which possess antioxidant and anti-inflammatory properties. The results of animal studies that examined blueberry-supplemented diets have shown measurable improvements in memory, coordination, balance, and neuron regeneration.

Recently, Bowtell et al. (2017) showed that supplementation with an anthocyanin-rich blueberry concentrate improved brain perfusion and activation in brain areas associated with cognitive function in healthy older adults. The subjects were randomized to consume either 30 mL of blueberry concentrate that provided 387 mg of anthocyanidins or an isoenergetic placebo. Significant increases in brain activity were observed in the subjects who received the blueberry supplement relative to those who received the placebo. There was also evidence suggesting that there was improvement in working memory after blueberry supplementation versus placebo supplementation.

Memophenol from Activ’Inside is formulated with French grape and North American wild blueberry extracts. The recommended dose is 300 mg once or twice a day. The extracts work on synapse plasticity and neurogenesis improvement to boost attention and concentration, enhance learning capacity, support short- and long-term memories, and prevent cognitive decline.

Naturex produces ThinkBlue, a wild blueberry extract that delivers documented cognitive health benefits. It has a distinct fingerprint of active phytochemicals, including anthocyanins, chlorogenic acids, flavanols, proanthocyanidins, and flavonols. The wild blueberry extract is associated with episodic memory improvement. Episodic memory is the recollection of personal experiences and specific events, including location, time, and emotions.

Grape Juice
The relationship between Concord grape juice consumption and cognition is an emerging but growing area of research. Lamport et al. (2016) recently suggested that Concord grape juice may provide memory benefits in younger, healthy women. In the study, 25 healthy women (aged 40–50) consumed 12 oz of either Concord grape juice that contained 777 mg of total polyphenols or an energy-, taste-, and appearance-matched placebo daily for 12 weeks according to a randomized crossover design with a 4-week washout. Immediately after the cognitive battery test, a subsample of 17 women completed a driving performance assessment at a driving simulator. The 25-min driving task required the subjects to match the speed and direction of a lead vehicle. Significant improvements in immediate spatial memory and driving performance were observed in the subjects after consuming Concord grape juice relative to the placebo. 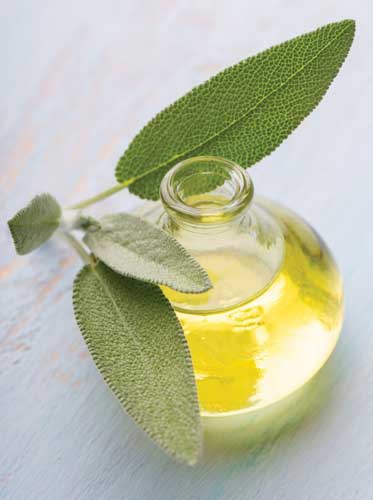 Botanicals
Neumentix from Kemin is a naturally sourced spearmint extract supplement ingredient that supports focus and productivity during the day without disrupting sleep at night. Neumentix’s phenolic complex is a combination of polyphenols from spearmint and has been clinically tested and shown to naturally support working memory in adults (Fonseca et al. 2015). The polyphenols act as antioxidants in the brain to increase neurotransmitter levels, protect neurons, and promote neural growth. This phenolic complex contains more than 50 phenolic compounds, including rosmarinic acid, salvianolic acid, lithospermic acid, and caftaric acid.

Ashwagandha has been shown to help support normal levels of mental clarity, concentration, and alertness. Choudhary et al. (2017) showed that ashwagandha may be effective in enhancing both immediate and general memory in people with mild cognitive impairment as well as improving executive function, attention, and information processing speed. KSM-66, an ashwagandha extract made by Ixoreal Biomed, is drawn using only the roots of the ashwagandha plant.

Next month’s Nutraceuticals column will give an update on sweeteners.