Several years ago, a colleague introduced me to “The Island of Conclusions,” an allegory from the well-known children’s story “The Phantom Tollbooth” written by Norton Juster in 1961 (Juster 1961). In one section of the story a little boy named Milo and his dog, Tock, are driving along in their magic car when suddenly they see a beautiful island. One by one, they both jump to the island only to discover there are only rocks and twisted stumps on the island.

Confused, they ask a passerby where they are. “You’re on the Island of Conclusions. Make yourself at home,” said the passerby. “You’re apt to be here for some time.”

“But how did we get here?” asked Milo. “You jumped, of course,” explained the passerby. “That’s the way everyone gets here. It’s really quite simple: every time you decide something without having a good reason, you jump to conclusions whether you like it or not.”

Many have jumped to the conclusion that genetically modified foods are harmful to humans and the environment without carefully reviewing the evidence. I think Monsanto, a multinational agricultural biotechnology company, shares much of the blame. When Monsanto set its initial goal in 1996 to commercialize soybeans that were genetically altered for resistance to its popular herbicide glyphosate, it pursued the short-term profitable use of this new technology before promoting its long-term benefits.

Soon after (1999), Monsanto also developed what is known as “Terminator Technology” to produce sterile seeds that required farmers to purchase new seed every year. Following significant farmer pushback, the company pledged not to commercialize the controversial seed. Yet even today, almost 20 years later, many people that I meet who are opposed to genetically modified crops still believe Monsanto controls the biotech market by selling sterile seed. As a result, many have concluded that Monsanto (recently acquired by Bayer AG) and genetically modified crops pose a threat. Perhaps to make amends, Monsanto launched a genetically engineered drought tolerant corn in 2010. Yet even after more than 20 years of growing GM crops, many skeptics remain unwilling to concede that science shows the benefits far outweigh any risks. Some have been stuck on the Island of Conclusions for a long time.

Differentiating GM and GE
It is important to distinguish between genetically modified (often abbreviated GMO) and genetically engineered (GE) crops and food. “Modify” means to change in form or character, or alter. Plants that have been hybridized by traditional plant breeding methods to modify their genetic traits, such as stronger stalks, or tighter seed heads, have been genetically modified from their ancestral plants by human intervention. GE means the genetic traits have been altered by the deliberate insertion of a foreign gene. Thus, virtually every plant grown for food today is a genetically modified plant. Norman Borlaug, the father of the Green Revolution, won the Nobel Peace Prize in 1970 for developing new hybrids of wheat and rice with vastly increased yields through genetic modification, saving the lives of a billion people living in developing countries such as Mexico, India, and Pakistan. Today, GE crops offer even greater potential to meet the world’s growing need for food.

For decades Robert Paarlberg, a retired professor of political science at Wellesley College who is now a fellow teacher at the Harvard Chan School and an adjunct professor of public policy at the Harvard Kennedy School, has carefully researched the world of food and agriculture. His book Starved for Science: How Biotechnology Is Being Kept Out of Africa raised the issue of how modern biotechnology could greatly increase food production and reduce poverty and starvation in Africa (Paarlberg 2008). Yet fear of genetically modified crops in Europe, Africa’s biggest market, is preventing this from happening. In his more recent book, Food Politics: What Everyone Needs to Know, Paarlberg digs deeper into the growing disparity of the impact of GE foods between wealthy and developing countries (Paarlberg 2013). Unfortunately, Paarlberg has been excoriated for his insightful views by anti-GMO environmental groups such as Greenpeace. 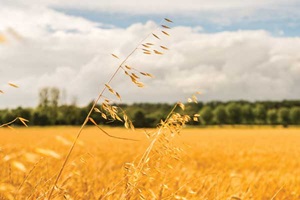 The Golden Rice Example
The Golden Rice Project illustrates the conflict between anti-GMO organizations and the development of GE food. GE rice was developed almost 20 years ago by scientists at the Swiss Federal Institute of Technology and the University of Freiburg (Ye 2000). Inserting a gene from daffodil into rice created a GE form, called Golden Rice, with significantly higher levels of yellow beta-carotene, the precursor of vitamin A. Vitamin A deficiency causes blindness and death in children in developing countries that depend on rice as a major food source. The World Health Organization estimates as many as 250 million children are vitamin A deficient, and as many as 500,000 vitamin A deficient children become blind each year, with half dying within 12 months of becoming blind (WHO). In August 2013, a critical field trial of Golden Rice in the Philippines was destroyed by a group of anti-GMO activists, thus halting development. Greenpeace actively opposes the development of Golden Rice, stating on its website that Golden Rice is “environmentally irresponsible and could compromise food, nutrition, and financial security.” On June 30, 2016, 107 Nobel Prize winners signed a letter critiquing Greenpeace’s opposition to GE crops and specifically asking it to halt its campaign against Golden Rice (Chokshi 2016). Greenpeace has not changed its position.

Another example: from 1992–1997, nearly the entire papaya crop grown in the Hawaiian Islands was threatened with destruction by the ringspot virus. Scientists at the University of Hawaii and Cornell University leveraged genetic engineering methods to quickly develop by 1998 a GE papaya resistant to the virus in a fraction of the time required by traditional techniques. They saved the crop from almost certain destruction. The GE papayas remain resistant to the virus today, yet anti-GMO activists continue to randomly attack and destroy fields of GE papaya trees, causing financial hardship for farmers.

No Evidence of Harm
In 2014, Italian scientists (University of Perugia) completed an evaluation of 1,783 research papers published over a 10-year period on the safety and environmental impacts of GE crops and foods (Nicolla 2014). The researchers couldn’t find a single credible example demonstrating that GE crops or foods pose any harm to humans or animals. Opponents often cite studies showing GE crops use more pesticides without increasing yields (Perry 2016). Yet, in 2014, scientists at the University of Göttingen analyzed 147 research papers published over a 10-year period that directly compared the results of growing GE crops with conventional crops (Klümper 2014). The analysis showed GE crop yields were almost 22% higher while using nearly 37% less quantity of pesticides. Perhaps not surprisingly, this study from Germany received very little attention. In May 2016, the U.S. National Academies of Sciences, Engineering and Medicine completed a study of almost 900 research and related publications on the safety of GE crops. Their study found “no substantiated evidence of a difference in risks to human health between current commercially available GE crops and conventionally bred crops, nor did it find conclusive cause-and-effect evidence of the environmental problems from the GE crops.” However, the report concluded that “evolved resistance to current GE characteristics in crops is a major agricultural problem (National Academies of Sciences, Engineering and Medicine 2016). This latter point is perhaps the primary reason that environmental groups continue to oppose GE crops. Clear evidence has shown that seven species of weeds now account for 99% of the reported areas in the United States where glyphosate-resistant weeds have been identified (University of Minnesota 2015). This problem must be urgently addressed for farmers, the environment, the future of agriculture, and the world’s food supply.

Although environmental groups are justifiably concerned with the increased resistance of weeds to glyphosate, they fail to acknowledge that a number of studies have shown the production of GE crops has had a significantly positive impact on the environment by reducing greenhouse gas emissions. The reduction occurs in two ways: 1) use of less pesticide reduces the number of applications and fuel required, releasing less carbon dioxide into the atmosphere, and 2) better control of weeds allows more no-till agriculture, resulting in sequestration of more soil carbon. A recent study found the global reduction in carbon dioxide released into the atmosphere from these two sources between 1996–2010 amounted to a conservative estimate of 146 billion kilograms, with the majority of savings occurring during the last few years of the study due to increased planting of GE crops (Brookes 2012).

A new genetic engineering method known as CRISPR/Cas9 promises to further revolutionize the genetic engineering of crops. This technology allows genes to be inserted faster, cheaper, and more precisely than ever before. It has been claimed to “be probably the biggest revolution in plant science ever,” and “one of the most exciting breakthroughs of the 21st century.”

CRISPR/Cas9 is composed of two rather large molecules linked together. One is a short segment of RNA that binds to a specific region of DNA, and the other is an enzyme that snips the DNA at an exact location. A new gene can then be inserted in a precise location within the DNA. Using this new technology, both large and small biotechnology companies are targeting stress response in plants to produce improved yields and drought and disease resistance. These modifications will help crops cope with the changing climate conditions throughout the world. James Collins, head of DuPont’s agriculture business, predicts new products based on this technology could be on the market as early as five years from now (Bomgardner 2016).

Between 1996, when they were first introduced in the United States, and 2015, GE crops were planted on a total of almost 3 billion acres in 28 countries (Business Wire 2016). To put this into perspective, the entire landmass of the United States covers 2.3 billion acres. Not a single case of human illness resulting from food produced from GE crops has been reported. It is time for the world community to overcome the fear of genetically engineered food and unleash this incredible technology to solve the environmental issues of agriculture and produce enough healthy food for a growing population. It is time to leave the island.