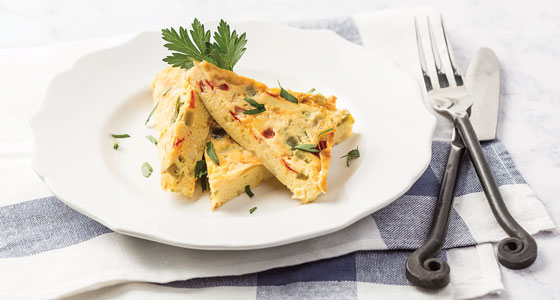 Nicolas Appert is considered one of the founders of modern food technology. His legacy continues, in part, through the prestigious IFT Achievement Award that bears his name. Appert’s primary achievement was the discovery, development, and commercialization of the food preservation technique we now know as thermal sterilization or canning (although Appert initially used glass containers, not cans). Appert’s goal was to render a variety of foodstuffs shelf stable—safe to eat, palatable, and wholesome for what, 200 years ago, would have seemed like almost miraculous periods of weeks or months at ambient temperature.

Although his technology was indeed paradigm-shifting and set the stage for numerous subsequent food processing innovations, modern-day consumers have much higher quality, safety, and convenience standards than those Appert’s products could meet. Although foods preserved by Appert’s heating methods were superior to the dried and salted products they were intended to replace, they still suffered from degradation of flavor and texture. Remarkably, Appert developed his time/temperature protocols years before the advent of microbiology as a scientific field; his highly empirical methods would make a process authority cringe. Appert’s cork-stoppered glass jars may have been a boon for the 19th-century French military, but they would certainly not pass muster as 21st-century ready-to-eat meals and space travel provisions.

Even though great strides have been made in the science of thermal preservation in the intervening years, today the search continues for technologies to make food products that hit every mark: quality comparable to fresh products, unquestionable safety, and right-time/right-place convenience—all, of course, at a reasonable price point. Microwave Assisted Thermal Sterilization (MATS) and the Microwave Assisted Pasteurization System (MAPS) are technologies that have emerged to address these needs. This month’s column covers the basics of MATS and MAPS and recent developments with these technologies. The column is co-authored by Rebecca Milczarek, agricultural engineer for the U.S. Department of Agriculture’s Agricultural Research Service.

Development History
About 20 years ago, the Microwave Sterilization Consortium (MSC) was established at Washington State University (WSU) to coordinate the efforts of academic, industry, and U.S. Department of Defense researchers as they sought to develop a revolutionary new method for in-package sterilization of individual meals. The main goal was to dramatically reduce thermal treatment time in order to maintain high organoleptic and nutritional quality while still ensuring food safety during ambient storage. Led by WSU Regents Professor and Distinguished Chair of Food Engineering Juming Tang, experts in microwave engineering, microbiology, packaging, process simulation, and sensory evaluation together developed the technology that would come to be known as MATS. Dozens of peer-reviewed publications and multiple patents resulted from the work. In October 2009, MATS was accepted by the U.S. Food and Drug Administration for commercial sterilization of prepackaged foods, and in 2010, the MSC was the recipient of the IFT Research and Development Award.

In recent years, MAPS and MATS have seen commercialization success. 915 Labs, Centennial, Colo., holds the perpetual, worldwide exclusive license to the MAPS and MATS technologies and has developed several commercial systems. The first MATS-made foods became available in India in June of 2017.

The company currently offers a MATS-B pilot-scale system and MATS-30 commercial system, which can process 8.5 oz trays at rates of up to 60 per hour and 30 per minute, respectively. Custom systems can be designed to process up to 225 trays per minute. Both of these systems can perform both sterilization and pasteurization.

Technology Fundamentals
Each MAPS or MATS system consists of four sections: preheating, microwave heating, holding, and cooling. A water circulation system with temperature control is integrated in each section. In the preheating section, MAPS utilizes circulating water at 70°C–90°C, while MATS employs overpressure to heat the water above 100°C. The microwave heating section has multiple interconnected microwave application cavities. The holding and cooling sections function in much the same way as in traditional retort processes. Food trays or pouches are transported through the four sections in stainless steel carriers.

Other in-package microwave thermal treatment processes have been commercialized; companies that offer these systems include Micvac of Mölndal, Sweden, and Tops Foods of Olen, Belgium. However, MAPS and MATS differ from these in two important ways. The first is the operating frequency. Domestic microwave ovens and other microwave processing systems use microwaves at a frequency of 2,450 MHz, which corresponds to a wavelength of about 12.2 cm in air. If the cavity into which the microwaves are generated is greater than 12.2 cm in any dimension, the result will be a multi-mode wave pattern. In the product to be heated, this type of wave pattern creates hot and cold spots that are difficult to predict, difficult to control, inconsistent across ovens (even ones of the same shape/size), and unstable in the same oven over time. In contrast, both MATS and MAPS utilize microwave energy at 915 MHz, with a corresponding wavelength of about 33 cm. With proper application cavity design, this approach produces a single-mode wave pattern that addresses the above-listed shortcomings of multi-mode systems. The longer wavelength and associated larger cavity dimensions also enable treatment of larger packages, such as those for multiserving institutional meals. Penetration depth is also greater in 915 MHz systems.

The other feature that distinguishes MATS and MAPS from other in-package microwave sterilization and pasteurization systems is the use of water immersion around the in-package product. The water immersion greatly reduces the edge-heating phenomenon often encountered with microwave systems.

Advances in Thermal Process Validation Tools
While the MAPS and MATS technologies have been groundbreaking on their own, much of the scientific output from the MSC has been on new physical, chemical, and computational tools for thermal process validation. These advances are applicable to thermal processes beyond MAPS and MATS, and several will prove useful in nonthermal processes as well.

One of the biggest challenges in developing MAPS and MATS was determining where the cold spot would be in a given product. This information is crucial to calculating appropriate time/temperature protocols to ensure product safety. In conventional thermal processing technologies, identification of the cold spot is straightforward. For homogenous products, the cold spot is at the geometric center of the package. Multilayered, multicomponent products are a bit trickier due to differing thermal properties among the various food components, but the underlying calculations are still well developed. 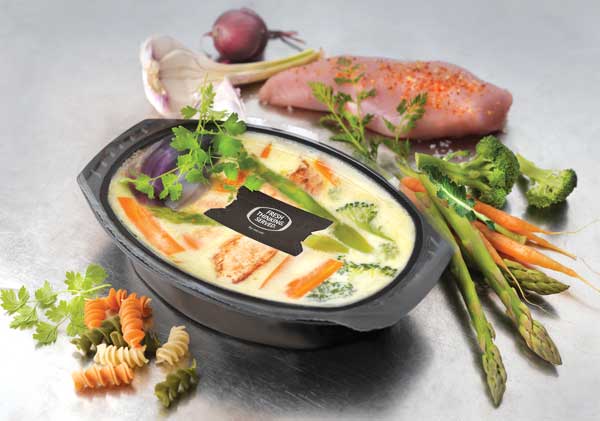 With microwave heating, the situation is much more complex. One heuristic that is sometimes heard is that conventional thermal methods heat objects “from the outside in” while microwaves heat objects “from the inside out.” The first assertion is plainly true, while the second is a vast oversimplification and belied by easily observed phenomena such as edge heating. In general, microwave heating is considered a “volumetric” heating process because (subject to limits of penetration depth) all parts of the object are simultaneously exposed to the microwaves. This does not mean, however, that all parts of the object heat at the same rate. Banded, concentric, and completely asymmetric heating patterns have all been observed. The particular pattern depends on the interplay between the properties of the microwave cavity (geometry, location of the magnetron [which generates the microwaves], presence or absence of a mode stirrer, frequency of the microwaves) and the product (thermal properties, dielectric properties [which determine how a material behaves when impinged by electromagnetic waves at a certain frequency], location, and orientation in the cavity). On top of all that, the product’s thermal and dielectric properties are inevitably temperature-dependent and will thus change during the course of heating.

In the course of MATS and MAPS development, the MSC researchers developed model food systems, computational models, and novel temperature sensors to address this cold spot identification challenge. The model food systems include both conventional foods (egg white, mashed potato) and color-changing gels that remain solid throughout the whole temperature range experienced during pasteurization or sterilization. Recent advances in computer processing speed and memory have enabled 3-D, time-dependent multi-physics modeling of foods undergoing microwave heating. An example of such modeling (for a product heated in a 2,450 MHz domestic oven) can be seen on the cover of the February 2017 issue of Journal of Food Science. Mobile microwave-compatible temperature sensors developed by the MSC researchers enable validation of the models.

The Next Wave of Innovation
Nicolas Appert would have recognized and appreciated the MAPS/MATS developers’ drive to preserve a variety of delicious foods while retaining nutritional quality and eliminating the need for excess sodium and other additives. What he may not have envisioned, though, would be this technology’s ability to create foods for travel to extreme environments, disaster recovery, e-commerce, and zero-waste distribution chains. We’ll eagerly watch to see what the next wave of thermal processing innovation brings!

Is the Mainstream Market Ready for CBD Ingredients? April 1, 2021