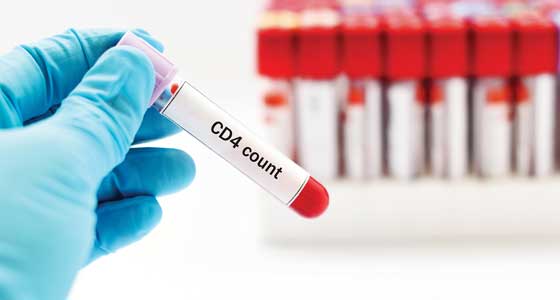 Flow cytometry has been used extensively as a clinical diagnostic tool, in pharmaceutical development, and in basic medical research since its development in the 1950s and 1960s. In recent years, it has increasingly been applied in the food and dietary supplement industries, particularly for the enumeration of probiotics.

The traditional method of enumerating bacteria is the plate count method, in which the bacteria are grown on media. However, there are some drawbacks to this method. It takes time, generally several days, for the cultures to grow, and the method only counts living cells that form colonies when cultured on media. When some microorganisms are exposed to conditions unfavorable to their growth, they may enter a state in which they remain viable but not culturable (VBNC). VBNC microbes have the potential to resuscitate when conditions become favorable for growth. Flow cytometry, in contrast, has the ability to detect live, VBNC, and dead cells. In addition, it is faster, providing results in hours; is more accurate; and provides much more information about the characteristics of the bacteria.

Flow cytometry has been used in food-related applications other than probiotics. Among these applications are the study of the properties of lactic acid bacteria starter strains and their impact on cheddar cheese ripening; monitoring of the state of the microbiome in the production of powdered infant formula; and quantification of the viability of somatic cells present in milk, their resistance to physicochemical treatments, and their relation to dairy cow health and milk quality. It can also be used for quality control and to test for contamination on foods (including those that have been irradiated), and it has been used to detect IgE-mediated hypersensitive or allergic reactions.

How a Flow Cytometer Works
A flow cytometer uses laser light to detect particles, including biological cells, in a fluid stream. A typical instrument consists of three main components: a fluidics system that transports the sample cells past a laser to what is called the interrogation point; an optical system that consists of lasers, lenses, and filters; and an electronics system that generates a voltage pulse that is digitized for analysis.

A sample is tagged with dyes (fluorophores or fluorochromes) that emit photons when excited by a laser and is then introduced into the instrument by injecting, pumping, or pulling it into a flowing stream of fluid or saline solution. As each cell passes through the laser beam at the interrogation point, light from the laser excites the fluorophores, which emit light at various wavelengths in a forward direction (forward scatter) and at various angles (side scatter). The emitted light is captured by photomultipliers or avalanche photodiodes and translated into a voltage pulse. The forward-scatter signal is proportional to the cell size (a histogram provides a graphical representation of the size distribution of the cell population) while the side-scatter signal is proportional to the internal complexity of the cell. The side-scattered light is focused through a lens system to three or more detectors placed at 90 degrees to the laser beam. An obstruction or obscuration bar and band-pass filters in line with the forward-scatter detector allow only a small portion of the forward-scatter signal to reach the detector. Flow cytometers are able to measure 10,000 or more cells per second. A flow cytometer called a fluorescence-activated cell sorter can sort individual cells according to their unique fluorescent signal pattern for further experimentation and study.

Suzanne Schloemann, senior field applications scientist, Thermo Fisher Scientific, said that the most critical information for producers, formulators, and consumers is the number and identity of the probiotic organisms present in a product, with the physiological state of those organisms recently starting to come of interest. She said that running a probiotic flow cytometry experiment simply entails adding the necessary dyes and running the sample on a flow cytometer. It’s very straightforward: First, the sample must be in solution. If it is a liquid, it’s already in solution. If it’s a chewable tablet, for instance, it has to be crushed and solubilized. Second, it’s important to make sure that no variable is introduced that would cause the organism to die. The cells must be in single-cell suspension so that each cell can be analyzed individually, which is accomplished by dilution. The way to increase the likelihood that they are in single-cell suspension is to serially dilute the solution, she said. The event rate on the cytometer is an indicator of the number of cells passing through the laser beam and is representative of cell concentration. Flow cytometry can provide a rough estimate of cell or particle size, she said, but different kinds of cells and particles refract light differently. Polystyrene beads, for example, refract light differently than biological cells.

Nucleic acid stains, or dyes, are commonly used in sample preparation because they are a measure of cell wall permeability. Typically, a very permeable wall indicates that the cell is dead or dying. Certain dyes will enter a cell with a permeable cell wall, and the cell will fluoresce a particular color and be counted as dead. Other assays measure other markers of viability, such as cell metabolism and respiration. 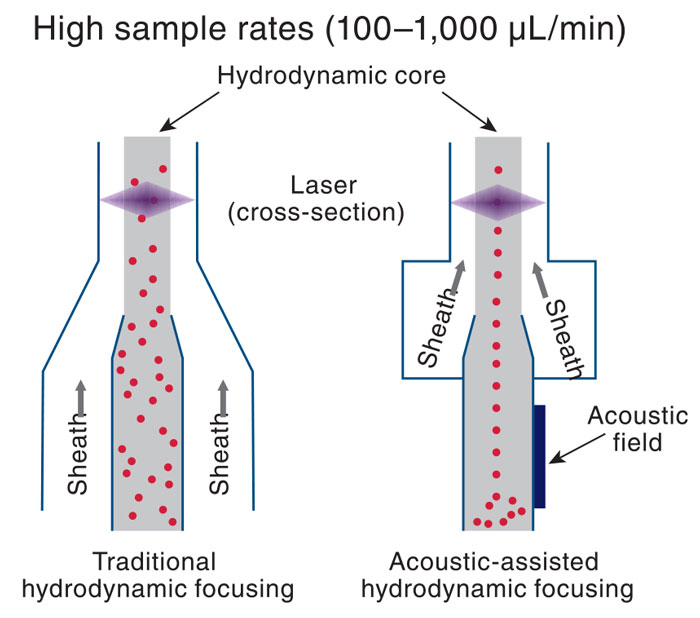 Schloemann said that the majority of flow cytometers on the market utilize hydrodynamic focusing of the cells. Thermo Fisher Scientific has introduced acoustic-assisted hydrodynamic focusing in the Attune NxT flow cytometer to prefocus the cells for laser interrogation. A sample is introduced into the instrument by pressure or a syringe pump, and sound waves focus the cells into the center of the sample line so that the cells always pass through the focal point of the laser beam for interrogation. She said that this increases signal resolution and speeds up analysis.

Verifying Applicability
Andrzej A. Benkowski, technical leader, Eurofins Food Integrity and Innovation (formerly Covance Food Solutions), said that each method for analyzing a probiotic product must be validated and verified as being accurate and fit for purpose because the end user is relying on the results to make a critical decision, such as releasing product to market, purchasing raw materials, or making label statements, and needs to be able to rely on the data. Benkowski and his coworkers used Lactobacillus acidophilus, Bifidobacterium lactis subsp. lactis, and Streptococcus thermophilus as test matrices; validated Thermo Fisher Scientific’s Attune NxT acoustic-assisted flow cytometer as fit for purpose; and verified that the instrument was capable of reliably enumerating probiotics according to the ISO 19344 analytical method “Milk and Milk Products – Starter Cultures, Probiotics, and Fermented Products – Quantification of Lactic Acid Bacteria by Flow Cytometry.” He said that the ISO method was developed for fermented dairy products but can be extended to other products. However, each matrix extension must be verified by following applicable guidance documents for the appropriate acceptance criteria for evaluation from a reputable body such as AOAC International. For example, Benkowski and his coworkers modified (extended) the ISO method with specific preparation steps and applied it to products outside the scope of the method, including microencapsulated bacteria, frozen nonfat yogurt, chocolate, granola, and Bacillus coagulans in lyophilized materials and a gummy matrix. According to Benkowski, Eurofins was the first third-party laboratory to achieve ISO 17025 accreditation for flow cytometry.

As for challenges ahead with regard to the technology, he said that one of the biggest is that the concentration of the probiotic needs to be great enough so the instrument can read results without potential interference from extracellular debris. If the concentration of the probiotic is too low, he can’t dilute the sample enough to get an accurate count, he said. Other challenges are upfront costs for the instrument and the steep learning curve associated with the instrument as compared to plate counting. He added that flow cytometry has some limitations when applied to enumerating probiotics in food, specifically debris interference, citing analysis of granola as an example. The higher the concentration of probiotic bacteria, he said, the more dilutions are required to produce a clean sample, reducing the potential for interference from extracellular debris. Low numbers of probiotic cells per gram of material will not allow for the proper separation of cells from debris without having to increase the volume analyzed, which may in turn affect the validation/verification.

Flow cytometry is not yet a replacement for plate-count methods but a supplemental platform, Benkowski said. As flow cytometry gains traction and more research is done, the use of flow cytometry in the food and dietary supplement industries will continue to grow.