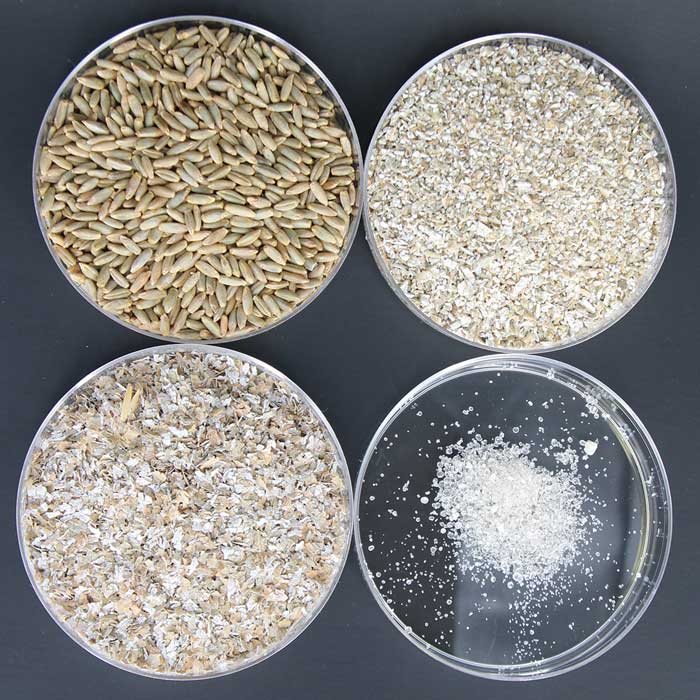 A major trend driving food product development is the rising demand from consumers for natural ingredients. One of the ways the food industry has responded is by replacing synthetic antioxidants with natural alternatives. Until now, little work has been done to identify new natural antioxidants. But a recent study published in Food Chemistry details the discovery by researchers at Pennsylvania State University of an antioxidant found in grain bran that could preserve food longer and replace synthetic alternatives.

The research team, consisting of professor John Coupland, associate professor Ryan Elias, and doctoral candidate and lead author Andrew Elder, focused on a class of compounds called alkylresorcinols (ARs), which are found in the bran layer of cereal grains like rye, wheat, and barley and are thought to be defense compounds protecting the grain kernels from the growth of microorganisms.

After noticing that the chemical structure of ARs is similar to that of commonly used antioxidants, the researchers hypothesized that ARs might exhibit antioxidant activity and would also have the advantage of being extracted from a common waste stream— bran—that is usually used for animal feed, thus creating a value-added product.

The researchers extracted ARs from rye bran and purified them using low temperatures (-80°C), which caused the ARs to crystallize so they could be isolated from the soluble impurities. The rye bran extract was added to oil and homogenized to form model food emulsions. Emulsions were investigated, says Elder, because people often consume oils as emulsions in mayonnaise and salad dressings as well as in foods supplemented with healthy oils containing omega-3 fatty acids. Emulsified oils are prone to degradation, which produces off-aromas and flavors and a loss of health-promoting benefits, causing consumers to reject the products.

Primary and secondary products of lipid oxidation were monitored over storage to determine the rate and degree to which the emulsified oils degraded. The researchers compared the AR-containing emulsion to an emulsion that did not contain added antioxidants and to emulsions containing alpha-tocopherol or butylated hydroxytoluene.

“The major finding of this study,” says Elder, “was that a rye bran extract rich in ARs was able to preserve a model food emulsion by slowing the rate of oxidation, preserving the quality of the emulsion longer than emulsions which did not contain antioxidants.” The rye bran extract tripled the time before the onset of oxidation compared with the control treatment, which did not contain antioxidants and oxidized after just four days.

The researchers also observed that the emulsion containing ARs oxidized faster than those containing alpha-tocopherol and butylated hydroxytoluene, which might indicate that ARs, at the concentrations tested, were less effective but could also indicate that the rye bran extract was not completely pure. Further research into various types of ARs will reveal whether an individual AR type is more or less effective than conventional antioxidants.

Slowing Degradation
“These preliminary findings indicate that ARs have the ability to function as antioxidants and slow the rate at which oils oxidize and degrade,” says Elder. They also open the door to investigating the ability of ARs to preserve many different foods. “Current research indicates that ARs are likely responsible for the observed increase in shelf life of whole grain breads over refined flour breads, where AR content is negligible, due to their antioxidant activity,” he adds.

Because the study focused on a simple model food emulsion system that mimics the conditions of oil-in-water emulsions such as salad dressings and mayonnaise, the work could be relevant to other food-based emulsions such as creams, dips, soups, sauces, and certain beverages. “Additionally,” notes Elder, “ARs could be effective antioxidants in bakery goods which contain incorporated oils and fats, as these components can oxidize, giving off-flavors.”

Finally, ARs might be applicable to the meat industry, where processed meats that are high in fat content still use synthetic antioxidants such as butylated hydroxytoluene. However, cautions Elder, “further work needs to be done on ARs to understand their mode of antioxidant action, effective concentrations, etc., and experiments should be done testing ARs in these specific food products to determine ARs’ viability … [and] effectiveness and to maintain the product’s sensory profile and quality.”