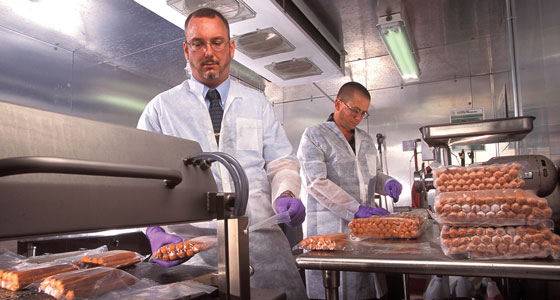 This month’s column will help us to realize the benefits of irradiation as a processing technology for food. Food irradiation is a preservation technique using ionizing radiation to lengthen shelf-life of fresh foods and vegetables, postpone microbial spoilage, reduce occurrence of foodborne contamination, and prevent infestation by insects (WHO 1988).

I wish to thank my co-author, Peishih Liang, research agricultural engineer at the U.S. Department of Agriculture, Agricultural Research Service, for contributing to this column.

History and Market
Ionizing radiation used in food irradiation includes gamma rays, x-rays, and electron beams. X-rays and gamma rays were discovered in the 1890s, and research back then showed that these forms of irradiation kill bacteria. However, the efficiency of x-ray machines and the availability of radioactive materials prohibited them from being used in the food industry. Not until the 1940s were electron accelerators developed, and ionizing radiation was able to be generated at much lower cost. In addition, radioactive elements, such as cesium-137 and cobalt-60, were produced from atomic fission, representing a major scientific advance that supported the industrial application of food irradiation.

Since then, many studies have been done to determine the appropriate doses for treatment of a wide range of food products. While a certain dose may be required to inactivate or kill foodborne pathogens, spoilage microorganisms, and insects, too much ionizing radiation can cause fruits and vegetables to soften and become unacceptably mushy (e.g., cucumbers, grapes, and some tomatoes) or introduce undesirable flavor in dairy and meat products.

Globally, gamma rays are the most common source of food irradiation. Electron beams cannot penetrate as far into foods as gamma rays and x-rays; thus, they are used primarily for treating grains and powders. Electron beam irradiation was reviewed in the January 2017 Processing column. Radioactive isotopes, such as cobalt-60 and cesium-137, are needed to produce gamma rays with sufficient energy to treat foods. X-rays and electron beams do not require radioactive isotopes, but do require costly accelerators, making gamma ray technology more economical than x-rays. National security concerns about radioactive materials in recent years have caused the gamma ray facilities to be more costly and less desirable, and much more research has been dedicated toward using x-rays as alternatives.

The global food irradiation market was valued at $200 million in 2017 and was projected by Coherent Market Insights to grow at a 4.9% combined annual growth rate from 2018 to 2026. This projects the market size to rise to $284 million by 2026. This high growth rate was envisioned due to increased consumer acceptance since the U.S. Food and Drug Administration (FDA) approved phytosanitary treatment of fresh fruits and vegetables by irradiation. The food irradiation market in Asia is also growing very rapidly owing to approval of government agencies in India and other countries.

Presently over 40 countries have approved applications to irradiate over 40 different foods. More than half a million tons of food is irradiated around the globe each year. About a third of the spices and seasonings used in the United States are irradiated. 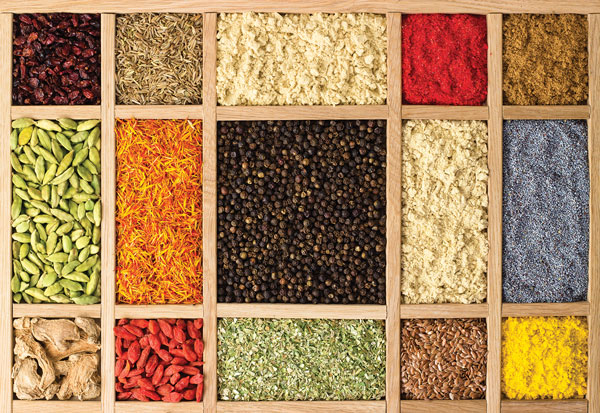 Extending Shelf Life
There are two aspects in extending the shelf life of foods using irradiation. One is to inhibit sprouting and delaying ripening by slowing down the speed at which enzymes change the food. This is most commonly used for potatoes, onions, garlic, and some fruits using low-to-medium doses of radiation energy. The other aspect is to destroy or inactivate organisms that could cause spoilage and decomposition, which is most commonly done in muscle foods. The predominant food spoilage organisms are gram-negative microorganisms that are very susceptible to radiation. For example, shelf life of ground beef stored at 4°C was extended from only one day to 10 days, and shelf life of refrigerated vacuum-packaged beef sirloin cuts doubled from about four weeks to 10 weeks (Niemand et al. 1981).

Food Safety
Depending on the dose of radiation energy applied, foods may be pasteurized to reduce or eliminate pathogens, or they may be sterilized to eliminate all microorganisms, except for some viruses (IFT 1983). Irradiation creates damage in the genetic material of the cell by causing a lesion in the DNA or breaking both strands of DNA. DNA damage prevents multiplication and randomly inhibits cell functions, resulting in the death of the cell (Lacroix and Follett 2015). Examples of microorganisms that can be eliminated from food using irradiation include E. coli 0157:H7, Campylobacter, and Salmonella.

Higher doses of radiation energy can further sterilize foods to ensure maximum shelf life and food safety. This is particularly useful for certain groups, such as campers, hikers, and emergency relief operations. Such foods have also been used by astronauts and armed forces in different countries. In addition, sterile foods are also used in hospitals and other medical facilities for immune-compromised and immune-suppressed patients who must have bacteria-free food (IAEA 1995).

Phytosanitation
Irradiation is one of the phytosanitation measures used to prevent the introduction or spread of regulated pests or as a control measure to contain outbreaks of pests (Hallman et al. 2016). Phytosanitation does not solely rely on killing the pest insects, but also preventing the successful development of different life stages. For example, when insect larvae are irradiated, they may not emerge as adults, and when adult insects are irradiated, they may become sterile and produce non-viable offspring. Ionizing radiation breaks chemical bonds within DNA and other biomolecules, thereby disrupting normal cellular function in the infesting insect. The doses required to control insects are relatively low compared to doses for food safety and sterilization purposes due to the larger amounts of DNA and more complex repair mechanisms.

There are currently two phytosanitation facilities in mainland United States using gamma rays for fruits and vegetables (e.g., guava and sweet potato) and one in Hawaii using x-rays for tropical fruits (e.g., papaya and mango). 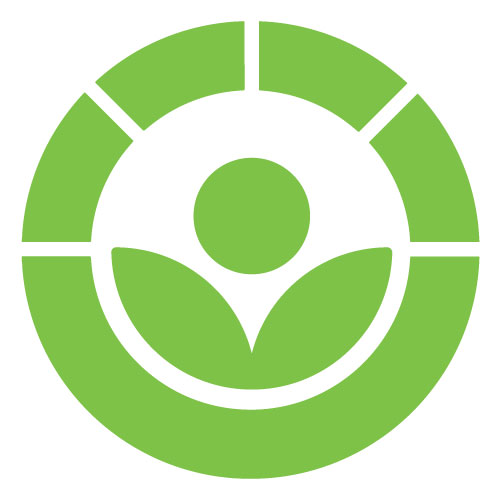 Current Use of Irradiation
The FDA has evaluated the safety of irradiated foods for more than 30 years. They and the World Health Organization, Centers for Disease Control, and U.S. Department of Agriculture agree that irradiated foods are safe. The FDA has approved irradiation for the following foods in the United States: wheat flour, beef and pork, crustaceans, fresh fruits and vegetables, poultry, seeds for sprouting, shell eggs, and shellfish, as well as spices and seasonings. The irradiation process is cold, and as a result, most of the nutritional value of irradiated foods is preserved.

The FDA requires that foods that have been irradiated be labeled with the Radura symbol along with a statement “treated with irradiation” or “treated by irradiation.” Labeling is not required for individual ingredients in multi-ingredient foods.

Future Developments in Irradiation
Combinations of irradiation treatments with other preservation techniques are likely to be more commonly applied commercially to foods in the years ahead (Lacroix and Follet 2015). Combinations of technologies offer the potential benefits of reducing the energy or dose requirements while still destroying bacteria and spoilage organisms, resulting in increased final product quality. Synergistic effects of combinations of modified atmosphere packaging, refrigeration, freezing, and/or heating with irradiation offer promise, as does application of edible coatings and natural antimicrobials in combination with irradiation.

WHO. 1988. “Food irradiation: A technique for preserving and improving the safety of food.” World Health Organization, Geneva, Switzerland.