Besides zeal for what these companies are doing to help the world eat better, Brohl brings understanding and empathy to those who face the particular challenges of running fledgling outfits.

“Most of my life I’ve been the CEO of startups,” says Brohl. “And it’s just hard. All of it is hard. There’s not one easy part. I built a couple of companies, had a little bit of success, and sold a few. I also ran one right into a brick wall; it failed completely.”

Techstars is a global community of accelerators and mentors that helps and invests in startups in a variety of verticals and geographic markets. Its food-related accelerator is supported by Cargill and Ecolab, and Brohl is managing director of Farm to Fork. Brohl also founded and serves as managing director of Bread and Butter and runs its food tech practice.

He’s ensconced in Minnetonka, Minn., in the metro Twin Cities, where innovative companies over the years have ranged from 3M to Cray Research, the original supercomputer maker. Dotted with food operations ranging from research labs to flour mills to butter plants, Minnesota also is home to vast and deep experience and expertise in agriculture and food.

Brohl got there from East Coast origins, honing his startup skills as CEO of companies including ScrubSquared and BoomBoom Prints. He plunged into the Midwest through Techstars’ partnerships with Land O’Lakes and Target, and now Brohl is committed to building up the local and regional ecosystem in one of its most important industries.

He talked with Food Technology about what makes for good entrepreneurial ventures, the future of alternatives to animal proteins, why big companies in the industry are still challenged to innovate, and more. This interview was edited for clarity and brevity.

"If you poll every startup on the planet, No. 1 they would say the biggest challenge is people—attracting new talent and retaining people." 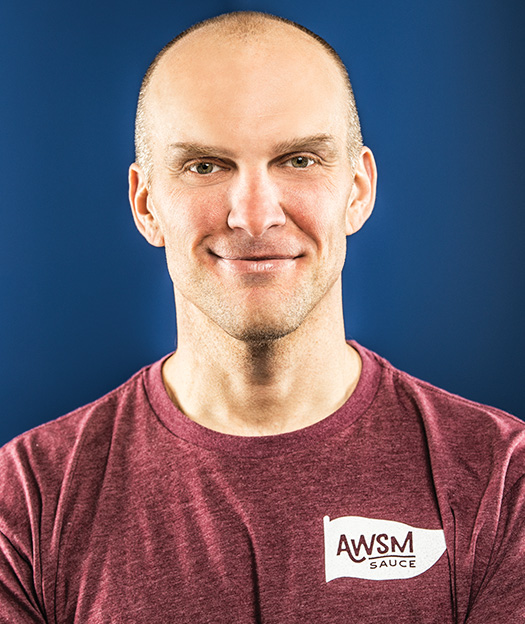 What is the central focus of your investments?

At the core of what we do at Techstars is help founders build great businesses. At Bread and Butter, we don’t want to be just “money in” but also support those founders and help them build and grow.

I look for the answers to two questions. One is, what are we interested in from an idea standpoint in making an investment decision? It’s really about the team and the founders. We invest in really early stages at Techstars and with our venture fund, and we’ve found that A-plus teams can take even a terrible idea and figure it out and make something great. But a C-minus team can take the best idea on the planet and flush it down the toilet. It’s all about team, team, team, product, and market traction.

The second thing is, from a vertical perspective, for the last several years I’ve talked about our thesis being “full-stack foods”: We go from the farm, through the supply chain, to manufacturing, to logistics, all the way to the future of food retail. So we’re interested in investment ideas across the food spectrum, mostly companies that are software, tech, and hardware. We’re very interested in robotics all the way to biotech. One area we don’t invest in is CPGs.

We love the messy middle: Supply chain and manufacturing are interesting parts of the value chain that don’t get enough attention.

"A C-minus team can take the best idea on the planet and flush it down the toilet. It’s all about team, team, team, product, and market traction."

What is the greatest vulnerability for startups that have a good idea? Is it in proving the concept? Trying to scale up?

One common mistake is overbuilding—overbuilding your products before you put them in the hands of actual customers, without testing and iterating. The unique challenge of the food space with on-farm ag tech is, it’s cyclical. There are growing seasons.

If you’re selling to a retail shop, you can be constantly iterating, week by week. But if you’re on the farm, you might have to wait a whole season before you can iterate again. That can be challenging from a capital-raising standpoint. So some startups run into a problem.

"At many large companies, you’re incented to maximize the short-term versus 10-year profits. So people tend to follow the money and work toward the short term."

It’s not just enough talent, though—it’s the right talent. What is the situation now with the availability of researchers and of digitally savvy people and others that startups need to grow?

If you poll every startup on the planet, No. 1 they would say the biggest challenge is people—attracting new talent and retaining people. That’s not different from any enterprise out there. It’s a tremendous challenge for everyone to find good human talent. It’s tough and expensive.

The thing that startups have going for them is that story. That’s what attracts people to the early-stage companies. It’s fun and sexy. Sometimes startups are more interesting to many people.

Also, tech talent has been incredibly difficult to find, especially with the big boys—the Metas and Googles of the world—paying really, really high salaries for quality technology talent. If you’re trying to recruit against that, you have to sell the vision and the dream of working for an early-stage startup. Otherwise, you can’t compete.

You’ve got about three dozen companies in the portfolio. What’s an example of a company that has caught your interest and investment, and why?

Clean Crop Technologies has a technology that enables a plasma field for processing sites and facilities for nuts and peanuts. It’s a box, and you put the tonnage in there, and the nuts slowly run through a highly electrified field on a belt, and it reduces the amount of toxins.

The percentage of aflatoxins on nuts directly affects the price of the commodity. The lower the amount of aflatoxins, the more the farmer and processor will make in selling those products.

The other areas of your investments in Bread and Butter are health tech and enterprise software as a service. Are there relationships among those areas for you?

There haven’t been a ton yet. That doesn’t mean there won’t be. We don’t yet have investments in food as medicine. But I would be surprised if we don’t make investments there within the next year.

Through Techstars, I’m involved with Canomiks. It’s based in Rochester, Minn., and uses genomics, bioinformatics, and AI to test and certify the biological efficacy of functional ingredients and formulations.

From CPG companies to CBD startups, there are all these health claims around everything like turmeric and CBD to improve health. But no one is really validating what they do to the human body and how much really helps you nutritionally. It’s like a Wild West now. Canomiks is working to validate human health claims and benefits.

Also, when it comes to software, we’ve invested in a company called Science On Call. Think about the last two years of the pandemic and about the technology that restaurants have had to develop or cope with from delivery to point of sale to [human] touches. But most restaurants aren’t well equipped to manage all of this.

Science On Call has a cool technology and platform where restaurants can partner with them so they don’t have to lose their business or their orders. It’s an interesting play, and the timing is certainly right for what they’re doing right now.

Also, [Bread and Butter has] an investment in EarthSense, which has on-the-ground autonomous robots for row crops. So there’s an entire spectrum of investments in these areas.

"We love the messy middle: Supply chain and manufacturing are interesting parts of the value chain that don’t get enough attention."

There are so many startups in alt-meat and alt-dairy these days. What is the future of these technologies?

There’s an interesting aspect to this that represents an opportunity I compare to supplying the picks and shovels for the gold rush. The companies that made the most money during the gold rush were like Levi’s. There is a real opportunity in supporting organizations around these “alt” companies.

I’m sure there will be a couple of really big winners in the alt space itself, but there is a whole industry that can be developed around it. That means there’s a whole slew of opportunities for startups and innovators and entrepreneurs to build things that the space will need to grow and scale into the hundreds of billions of dollars of opportunity.

What else is on your radar that the food industry should be paying attention to?

One thing that is fascinating in the food manufacturing space is small footprint manufacturing, and 3-D printing of food products. This is an area that has potential for smaller-batch processors on-site, and there is something to that thinking. Plus, it’s an opportunity to service single, large metro areas instead of [all products being distributed] from one giant hub. The cost of logistics is increasingly important.

"One common mistake is overbuilding—overbuilding your products before you put them in the hands of actual customers, without testing and iterating."

Big companies across food and agriculture have been investing a lot of time and resources into innovation and even entrepreneurship, internally as well as externally. Do they get it now?

I don’t know that they don’t get it, but it’s really hard to be incredibly innovative—and to do this on your own as a large enterprise. We’re seeing a lot of large food enterprises spinning off venture capital funds and incubators—or trying internally.

Big organizations have changed from years ago. They felt like they might go away today or become less relevant, so they’ve needed to innovate. But it’s still a difficult mindset. Part of that is based on the need for good monthly or quarterly performance.

How do these folks think 10 years out and make multimillion-dollar investments today when they’re not going to see the fruits for 10 years—and you as an individual probably won’t be at that company anymore? At many large companies, you’re incented to maximize the short-term versus 10-year profits. So people tend to follow the money and work toward the short term.

Through things like partnerships with Techstars, we can come in and make [companies] feel uncomfortable. We want to make them uncomfortable and put them in a room with a bunch of entrepreneurs that are wildly crazy and challenge their belief systems. That’s healthy for everyone.

Entrepreneurs don’t have everything figured out either. They can learn a ton from enterprises and experiences and [large companies’] business models and successes. The cross-learning is invaluable for both sides. I hope we see more collaboration. There are opportunities to do pilots and proofs of concept, so even if they don’t work, there’s a relatively small cost to the enterprises.

As head of the Techstars Farm to Fork accelerator and Bread and Butter Ventures, Brett Brohl knows a good prospect for entrepreneurial success when he sees it. So when he identifies a potentially winning business proposition, it’s worth noting. Here’s a peek at three startups that are on his radar.

As head of the Techstars Farm to Fork accelerator and Bread and Butter Ventures, Brett Brohl knows a good prospect for entrepreneurial success when he sees it. So when he identifies a potentially winning business proposition, it’s worth noting. Here’s a peek at three startups that are on his radar.

Prior Experience: CEO of multiple companies, including ScrubSquared and BoomBoom Prints

Outside the Office: Time with his wife and kids; tennis; diving for lobsters

Of Meritocracy and Mediocrity: Why DEI Matters October 24, 2022

Connecting and Supporting the Global Science of Food Community September 1, 2022