• Steve L. Taylor and Sue Hefle, University of Nebraska, published an editorial about genetically modified foods in the Oct. 8 National Post (Don Mills, Ontario). The editorial “Beyond Substantial Equivalence” that appeared in the Oct. 7 issue of Nature attacked “the well-regarded principle [...] that has been accepted by most experts as a primary strategy in the evaluation of safety for GMO foods,” they said, and promulgated “the misguided notion that GMO foods are not tested for food safety.” Hefle and Taylor noted, “The principle of substantial equivalence is used to identify those components (proteins, metabolites, etc.) that are novel and unique to the transgenic variety. Safety assessment procedures are then focused, appropriately so, on these unique, novel components ... extensive toxicological testing and safety evaluations are conducted for each GMO food, and the results are reviewed by regulatory agencies in several countries. 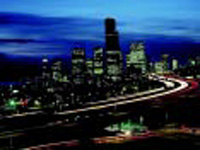 • IFT Director of Publications Fran R. Katz discussed genetically engineered foods on WTTW-TV’s (PBS) “Chicago Tonight” on Nov. 25. She said that rDNA technology has the potential to improve the taste and characteristics of plants, such as increasing the level of aromatic compounds in tomatoes or frost-proofing strawberries. She noted that labeling foods containing GMOs would drive up the cost of these foods because it would be expensive to do identity preservation throughout the food system. Katz suggested that a price hike in modified foods might hinder some consumers from purchasing them.

• IFT’s video conference on genetically modified foods was covered by Reuters America on Nov. 17. Speaker Tassos Haniotis of the European Commission noted, “Most of the problem [in Europe] is lack of consumer confidence. Unfortunately, we have been in a situation in Europe in the past four or five years where one food crisis came after another,” including the mad cow disease and dioxin scares. Speaker Jim Maryanski of the FDA added, “Our assessments are that foods developed by modern biotechnology do not differ in safety or quality in any uniform way from food developed by other methods of plant breeding.”

• Food Science Communicators Susan A. Nitzke of the University of Wisconsin and Mark A. Kantor of the University of Maryland gave the skinny on fats in the Oct.-Dec. 1999 issue of Health & You. Nitzke noted that margarine is slightly lower in fat than butter, but it contains trans fat, which acts like saturated fat in the arteries. She recommended eating tub or squeeze margarine because it contains less trans fat than stick margarine. Kantor said that fat in fish, namely omega-3 fatty acids, is healthful compared to the saturated fat in meat. He also noted that vitamin supplements are no substitute for healthy foods. For instance, “there are a lot of [healthful] substances in fruits and vegetables that are not in vitamin supplements, he said.

• Communicators Barry G. Swanson of Washington State University, Daniel Y.C. Fung of Kansas State University, and Ronald H. Schmidt of the University of Florida discussed the use of sulfur dioxide in dried apricots and soy sauce, respectively, in the January/February 2000 issue of Cook’s Illustrated. Swanson said that the addition of sulfur dioxide to dried apricots makes them sweeter because the preservative limits the reaction of amino acids with natural sugars in the fruit, leaving a greater level of these sugars intact. Other variables that can affect the taste of dried apricots, he noted, are the variety used, time of harvest, length of drying time, and drying temperature. For soy sauce, Fung said the variables affecting taste include the grade of wheat or soybean, type or quality of mold starter, temperature at which wheat is roasted, amount of salt used in the brine, and amount of air let into the vats during aging. “It is a science as well as an art to make soy sauce, much like winemaking,” he said. Schmidt added that volatile amino acid compounds in soy sauce give it aroma.

• Communicator Michael P. Doyle, University of Georgia, discussed in the Oct. 21, Oct. 25 and Nov. 3 Associated Press that inoculating cattle with friendly bacteria may prevent Escherichia coli O157:H7 from colonizing in their gastrointestinal tracts. This concept, called competitive exclusion, was put to the test by Doyle and colleagues with preliminary success. “We have selected three good strains of bacteria which produce antimicrobials that kill O157:H7,” he said. Developing a cattle vaccine against O157:H7 is difficult, he noted, because the bacterium does not make cattle sick, therefore, the animals’ immune systems are not stimulated to make antibodies.

• IFT Director of Career Guidance Dean D. Duxbury explained in the Oct. 27 Associated Press that food scientists are involved in every step of food production from the farm to grocery stores. Contrary to popular belief, he said, food scientists are not chefs—at least not by profession.

• Communicator Linda J. Harris of the University of California discussed bulk food safety in the Sept. 29 San Diego Union-Tribune. “Anytime you have [unpackaged] food, there is potential for contamination either from other people or insects,” she said. Before purchasing bulk food, she advised checking that the store and its bulk food section are clean, that there is one scoop per bulk container stored outside of food, and that the bins are covered. Harris added that people with food allergies need to be especially careful with bulk foods because there is increased potential for cross-contamination.

• Communicator Christine M. Bruhn, University of California, said in the Nov. 18 Sun-Sentinel (Ft. Lauderdale, Fla.) that dried fruit contains no more pesticide residues than fresh fruit and may have even less bacteria. During the drying process, the fruit loses so much moisture that most bacteria cannot survive, she noted.

• Communicator Alfred A. Bushway, University of Maine, said in The Times (London) on Oct. 24 that feng shui, the Chinese art of harmonious building, may not be all hocus pocus when applied to fruits and vegetables. This is because some produce gives off ethylene gas, which accelerates the ripening process of the foods around it, he said.

All Roads Converge at your IFT Foundation
INVESTING IN OUR WORLD OF FOOD SCIENCE AND TECHNOLOGY
" Our battered suitcases were piled on the sidewalk again; we had longer ways to go. But no matter; the road is life."
—Jack Kerouac

The mission of the IFT Foundation is: To provide supplementary funding to IFT for initiating and advancing innovative food science and technology programs.

Many roads lead to the IFT Foundation’s goal of $12 million by 2002. Some roads direct funds to Scholarships. Some lead to Career Guidance and some to Science Communications. Other roads guide incoming contributions from our members, corporations and foundations which provide the financial support for the Foundation’s efforts. Whichever road your dollars travel they converge at your Foundation.

Your contribution to the IFT Foundation is an investment in the future of your profession.

A few facts about your IFT Foundation:
• Since 1980, IFT and the IFT Foundation have awarded more than $4.2 million in scholarships and fellowships to more than 3,000 students.

• Past scholarship winners include: IFT Past President Ted Labuza, IFTSA President Justin Shimek, and Jim Behnke, Advisor to the CEO of Pillsbury

• Almost 50,000 Food Safety and Food Science Career videos have been distributed to high schools and elementary schools across the country.

• More than 6.5 million students have viewed these videos