To say that fats are harmful to health is an oversimplification. Fats provide calories and energy, as well as the essential fatty acids that we must obtain from food because our bodies don’t produce them. In fact, national guidelines recognize the role of fat in our bodies by recommending a diet that is low in saturated fat and cholesterol yet moderate in total fat. Simply put, there’s more to healthy eating than just cutting out fats. 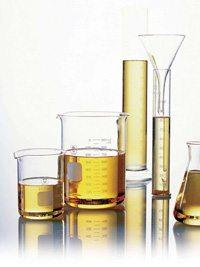 While fats are essential to growth, healthy skin, and nutrient absorption, they are also critical to the food industry as a frying medium. Fats and oils transfer heat to food for cooking, convey flavor and texture, and even influence chemistry. Frying is one of the oldest methods known for preparing food, and deep-fat frying is one of its most complex applications. And although consumers are becoming more educated about the healthfulness of the food they eat in restaurants and the products they bring home to their families, it doesn’t mean that they will eliminate these fried products from their diets.

Although the choices of frying media have changed throughout the years, the foodservice industry has always evaluated and selected frying media based on five main criteria: flavor, texture, mouthfeel, stability (i.e., life of the oil), and cost and availability. Today, an additional criterion is minimization of the trans fatty acid content of the oil they use, in response to health concerns and the fact that many large metropolitan areas are limiting trans fats to <0.5 g/serving in foodservice establishments.

Fat Sources Evolve
Animal fats such as lard and tallow have been traditionally used for frying but today are limited in use. They have excellent functionality and great flavor but are a source of cholesterol and saturated fatty acids. When saturated fat was found to be a main dietary contributor to higher blood cholesterol levels which are linked to an increased risk for coronary heart disease, the food processing industry was urged to find alternatives.

In the late 1950s and ’60s as improved mechanization increased the yield potential of soybeans, soybean oil became more plentiful and economical. The food industry began partially hydrogenating the oil to improve its stability against oxidation and change its physical properties, making it more solid and mimicking the functionality of animal fat.

Saturated fatty acids have no double bonds between the carbon atoms, leaving no room in their chemical structure for additional hydrogen atoms. They are straight-chained, have a high melting point, and are typically solid at room temperature. The position of saturated fatty acids on the glycerol backbone influence the functionality of the fat or oil. However, certain types of saturated fats, which are found mostly in meat fats, dairy products, and tropical oils, have been shown to increase low-density-lipoprotein (LDL) cholesterol, the primary risk factor traditionally associated with cardiovascular disease.

Partial Hydrogenation
The food industry started using partially hydrogenated vegetable oils to reduce saturated fats in the diet. Through partial hydrogenation, vegetable oils could be modified to improve their oxidative stability by decreasing the level of unsaturation. At the time, many believed that these partially hydrogenated oils were a better option because they were lower in saturated fats than animal fats.

When hydrogen is added under pressure to the unsaturated fatty acids of the oil, the double bonds can become saturated, creating saturated fatty acids, and the cis configuration can be transformed into the trans isomer. The resulting trans-configured fatty acid has a melting point higher than its cis counterpart and is more stable to oxidation.

Partial hydrogenation results in an increase in the trans fatty acid content, an increased level of saturation, and an increase in functionality. Foods containing partially hydrogenated oils have a higher trans fat content than those that do not.

Partially hydrogenated soybean oil that was designed as a frying medium has saturate levels of 16–26%, depending on the degree of hydrogenation. A typical soybean oil with an IV of 100 has 17–18% saturates, while a heavy-duty frying oil with an IV of 70 has 23–26%. The saturate levels are a result of the hydrogenation process as the monounsaturates and polyunsaturates are converted into saturates.

The two basic categories of partially hydrogenated vegetable oil frying media—heavy duty and lightly hydrogenated—were used extensively before the Food and Drug Administration mandated the labeling of trans fat content on Nutrition Facts panels. Heavy-duty frying media had an IV of approximately 70. They are sold in 50-lb cubes or transported by bulk trailer trucks and rail cars. They exhibited excellent stability in the fryer and provided a desirable mouthfeel associated with certain fried foods. Frying media with a lower IV have higher melting points and better freezing capabilities than oils with higher IV, making them ideal for industrial fryers and par-fryers.

The heavy-duty frying media also were used extensively in the quick-service restaurant (QSR) industry because they were very robust and could withstand the harsh conditions associated with foodservice frying. They enabled QSRs to produce food that tasted good without worrying much about the oil breaking down.

For some, the 50-lb cubes were bulky and hard to handle and didn’t produce the desired texture. A lightly hydrogenated oil could be poured into the fryer without having to break up the cube and produced a clean mouthfeel that was ideal for frying potatoes, tortilla chips, and other foodservice food items. These partially hydrogenated soybean oils (IV ~95–115) were less stable in the fryer but with the proper maintenance routine (see sidebar, “Maintaining Frying Oil Quality”) were very successful.

Efforts to Reduce trans Fats
Research over the past 20 years has shown that consumption of trans fatty acid raises levels of LDL cholesterol in the bloodstream and lowers the “good” high-density-lipoprotein (HDL) cholesterol.

As newspapers and other media began covering these studies, consumers began paying attention, and the trend toward eating healthier progressed. In January 2006, FDA began requiring food manufacturers to list the trans fat content on the Nutrition Facts label. This change allowed consumers to identify the amount of trans fat per serving of food. FDA allows trans fat content to be declared as zero for products containing less than 0.5 g of trans fat per serving.

In an effort to reduce the level of trans fat in partially hydrogenated vegetable oil, the food industry started to look at modifications of the partial hydrogenation process and methods to lessen the tendency to form trans fatty acids. Food scientists experimented with alternatives, including using lightly hydrogenated oils as a component of a blend.

For example, a lightly hydrogenated soybean oil that’s been processed under conditions to minimize trans fat formation—i.e., hydrogenated just enough to lower the level of polyunsaturation to give it a little more stability—can be blended with corn or cottonseed oil, which are naturally low in linolenic acid. The resulting blends incorporate flavor notes from the partial hydrogenation process that consumers associate with eating fried foods, while significantly lowering the trans fat content. They can also be utilized in other segments of the food industry where low solids are needed.

Blends of naturally stable oils such as corn oil and cottonseed oil can be utilized to produce a frying oil that can be labeled as containing “0 grams trans fat per serving” and that has been demonstrated in laboratory frying to produce good-tasting food products with acceptable frying oil stability.

Other blends such as corn oil or cottonseed oil blended with traditional soybean oil or canola oil can be targeted to achieve linolenic levels of approximately 3%. These blends have also been demonstrated in laboratory frying to produce good-tasting fried foods, along with the frying stability needed to maintain good oil quality in the fryer.

Breeding Enhanced Crops
An alternative to blending to reduce the trans fat content of oils is to produce crops with the desired fatty acid profile. Life sciences companies are using both traditional and biotechnological plant-breeding processes to develop trait-enhanced oils with the same results as partial hydrogenation. They modify the physiology of the plant to alter the fatty acid profile, typically producing an oil that is lower in polyunsaturated linolenic acid content and higher in monounsaturated oleic acid content. With this modification, the oil does not need partial hydrogenation.

For example, low-linolenic soybean oil contains less than 3% of linolenic acid, compared to about 8% in standard soybean oil. Reducing the linolenic acid content increases the flavor stability of the oil by making the oil function more like a light partially hydrogenated product. Other seed modifications include mid-oleic sunflower oil (55–75% oleic acid) for improved flavor and oxidative stability, and high-oleic canola oil (70% or more oleic acid) with good resistance to heat and oxidation.

Naturally Stable Oils as Alternatives
One disadvantage of trait-enhanced oils is that they are higher priced and in limited supply. As demand increases, commercial production should increase as well. However, many foodservice operators look to oils that are naturally low in linolenic acid. Cottonseed oil and corn oil have greater natural stability than traditional canola oil and soybean oil.

As consumers sift through the information on Nutrition Facts labeling for trans fat content, the foodservice industry is meeting demands by using healthier oils lower in trans fat content. Accordingly, when selecting frying media, foodservice operators need not only to evaluate them for flavor, texture, stability, cost, and availability but also to consider trans fatty acid content as a criterion for producing their particular desired end result.

No matter what oil is being used, it is important to have a good frying oil maintenance program, especially when using less-stable alternatives to partially hydrogenated vegetable oils.

The following guidelines can minimize potential oil contamination, slow changes in composition such as oxidation, and extend oil longevity:
• Filter the oil carefully and frequently, at least once daily. Filtration removes degradation products, which helps the oil last longer and taste better.

• Evaluate and maintain optimal temperatures. For best results, oil should be maintained at a temperature that provides desired fried food quality. During times of inactivity, frying temperature should be reduced to maintain quality.

• Top off oil periodically according to fryer guidelines.

• A void excess aeration of the oil to prevent oxidation.

• A void unnecessary exposure to crumbs, water, salt, and heat.