Around twenty years ago, Michael Cahn, an irrigation expert, noticed that growers in California’s Central Coast didn’t have a good way to know how much water to use on their crops. And this was a problem because the Central Valley’s water is mostly snow melt and wells, sources that are drying up—literally. Cahn knew that growers rely on irrigators or experience to make watering decisions, yet he saw quite a range of applications. “If one grower is putting on two hours of water with their sprinklers and others are putting on seven, somebody is wrong,” he says. “Everyone says they’ve figured it out, but everyone’s doing different things.”

Cahn, an irrigation and water resource advisor at the University of California, Cooperative Extension in Salinas, Calif., wanted to provide growers with a reliable and more precise method to assess the true irrigation and fertilization needs for their different crops. With that goal in mind, he created CropManage, a web-based tool that uses a range of data to provide recommendations. CropManage has helped reduce water and fertilizer usage by up to 40% without reducing yields.

Knowing how much water to give crops isn’t as simple as it may seem. The correct amount is dependent on a variety of factors, including weather conditions and the developmental stage of the plant. For fast-growing crops like lettuce, that can change quickly.

Growers were already using data provided by California’s network of weather stations, but they told Cahn the data wasn’t accurate. He wanted to understand why. He found that some very important information was missing; correctly assessing water amounts requires data on evapotranspiration (water loss from soil and leaves) for both a specific crop and its current stage of development. “For vegetables, especially the leafy greens we grow on the Coast, they’re changing every day—the canopy cover changes,” explains Cahn.

California’s water system was also contaminated with nitrogen runoff, mostly from agriculture, as was reported in The California Nitrogen Assessment from UC Davis. Better nitrogen fertilizer management was needed to minimize pollution.

CropManage, launched in 2011, began as a simple spreadsheet-based program that gathered data in one place and made calculations. But growers, while interested, remarked that maintaining separate spreadsheets for each crop would be unwieldy. That motivated Cahn and his programmer to develop CropManage into a database-driven web-based program so a farm’s data would be in one place, accessible by multiple employees.

CropManage uses a range of data, including weather and soil properties, and an algorithm they developed to make water and fertilizer recommendations for different crops and at different phases of their development. It currently has over 2,500 registered users and provides between 1,000 and 2,000 recommendations each month during the height of the growing season.

Thanks to a grant from the California Department of Agriculture in 2010, Cahn and his team started with lettuce—a broad category that includes iceberg, romaine, and baby lettuces, among others, all with different water and fertilization needs. Then they expanded into cool season vegetables like broccoli, cauliflower, and cabbage. They added strawberries and raspberries after some growers expressed interest in using CropManage to grow them; they also added warm season vegetables, like some types of tomatoes and peppers. In addition, the CropManage team has done some work on tree crops, including almonds, pistachios, and walnuts—all important California products, and forage crops such as alfalfa. The addition of any new crop requires adjustments to the software and data specific to that crop.

The initial CropManage pilot tests were done in a few grower fields in strips, with one strip using the grower’s conventional application and the other CropManage’s recommendations. Cahn and colleagues also did irrigation trials at a research station in order to have more control over the process. They applied from 50% to 150% of the program’s water recommendation and found that 100% maximized yield. “That’s a way for us to verify that these recommendations are very accurate,” says Cahn.

There are certainly similar products on the market, Cahn says, but the advantage of CropManage is that everything is tested, and it provides recommendations instead of just data. “I, as a farm advisor, don’t want growers to have any problems with their yields following the recommendations,” says Cahn.

"If one grower is putting on two hours of water with their sprinklers and others are putting on seven, somebody is wrong." 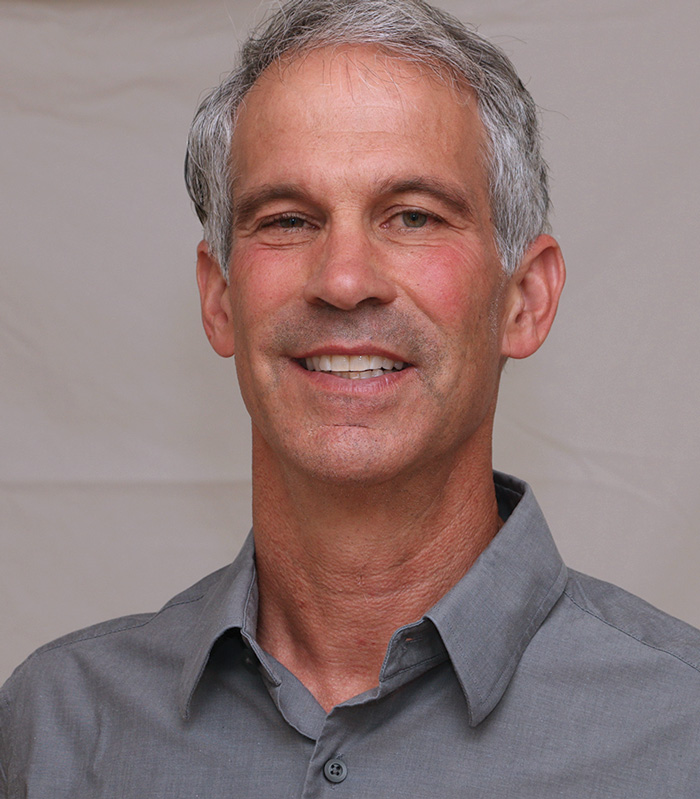 Some growers were happy to see data that supported their suspicions that they were applying more water and fertilizer than they needed. But there has been some reluctance among growers, too. Using CropManage on every field and crop of a large grower operation may require more staff than they have, or staff who are comfortable with technology, or staff who are trained in agronomy and horticulture science. So part of the challenge is convincing farm staff that CropManage recommendations are accurate.

Mark Mason, fertility and pest control manager at Nature’s Reward, a leading Salinas Valley grower, has been using CropManage for six years, mostly for fertilizer application. He began with head lettuce and now uses it on all lettuce crops, and recently added the farm’s celery crop to the mix. CropManage, says Mason, has “allowed us to really take a look at our nitrogen use and find where we can fine-tune it.”

Mason and his colleagues worked up confidence in CropManage by using it on a few crops to start, then worked toward its recommendations. If their normal fertilizer application was 80 units and the CropManage recommendation was 10 units, they would try 70 units, he explains. The next year they would go to 60 units. “If CropManage recommends 10, we don’t automatically go to 10 because everyone in the company would have a heart attack,” says Mason.

Mason has now started using CropManage for water management, but that’s more challenging, he says, because if there are infrastructure inefficiencies in an irrigation system, like leaks and water pressure issues, those first need to be fixed. “CropManage taught us we’ve got to tackle all these different things to be a better farmer before we can start reducing water,” he reflects.

Cahn and his team would like to continue adding crops to the CropManage platform and expand its use into new regions. Because the program is cloud-based, theoretically it can be accessed by anyone, anywhere. But it still needs data on local growing conditions and crops. So a researcher could use it on a specific area’s crops, collect and input the required data, and offer it up to local growers. One example is a collaboration with the University of Hawaii to make CropManage applicable to local crops and growing conditions. The CropManage team is also working with the University of Arizona. “We’ll be pulling the weather station data from the University of Arizona into CropManage and making adjustments for lettuce in CropManage so it can accommodate different practices that they do in Arizona, like flood irrigation,” explains Cahn.

While the pandemic slowed progress a bit, Cahn is optimistic about the platform’s growth potential as its reputation builds and younger growers who are comfortable with technology drive adoption. “I think there’s a new generation of farmers and people that work in agriculture that are going to pick up something like CropManage and just run with it,” he says.

Regardless, Cahn emphasizes that CropManage is a decision support tool that empowers the grower to make better decisions. Growers can see what data points were used to make a recommendation and feel confident about their validity. “We try to make you open the hood of the car so you can see how it came about,” says Cahn. “That’s always a click away.”

Danielle Beurteaux is a freelance journalist who writes about science, technology, and food (@daniellebeurt).

Career Highlight: “One of the original growers that we collaborated with showed me that his farming company was able to save about $100,000 in fertilizer costs in lettuce during a single season using CropManage.”