While the new guidelines are expected to be announced by the end of the year, this podcast features Barbara Schneeman, PhD, Professor Emerita at UC Davis and Richard Mattes, PhD, Distinguished Professor at Purdue University, to discuss the recommendations that were made. Schneeman served as chair of the 2020 Dietary Guidelines Advisory Committee, and Mattes was a member of the 2020 Dietary Guidelines Advisory Committee, specifically the Beverages and Added Sugars Subcommittee as well as the Frequency of Eating Subcommittee. 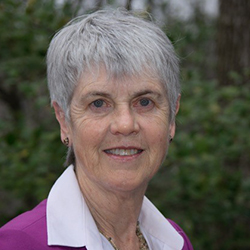 Barbara O. Schneeman, Ph.D. is professor emerita of the University of California, Davis (UC Davis), where she was a member of both the nutrition and food science faculty and also served as Dean of the College of Agricultural and Environmental Sciences. She chaired the 2020 Dietary Guidelines Advisory Committee and served on the 1990 and 1995 advisory committees. She previously served as director of the Office of Nutrition, Labeling, and Dietary Supplements at the Food and Drug Administration (FDA). Professional recognitions include fellow of the American Society of Nutrition and of the American Association for the Advancement of Science and a National Associate of NASEM and awards from IFT and other organizations. She has B.S. degree in food science from UC Davis, a Ph.D. in nutrition from the University of California, Berkeley. 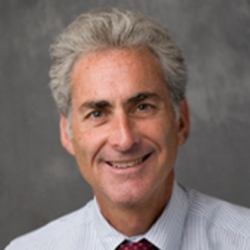 Richard Mattes, Ph.D. is a Distinguished Professor of Nutrition Science at Purdue University, Adjunct Associate Professor of Medicine at the Indiana University School of Medicine and Affiliated Scientist at the Monell Chemical Senses Center. His research focuses on the areas of hunger and satiety, regulation of food intake in humans, food preferences, human cephalic phase responses and taste and smell. Mattes earned an undergraduate degree in biology and a Masters degree in Public Health from the University of Michigan as well as a doctorate degree in Human Nutrition from Cornell University. He conducted post-doctoral studies at the Memorial Sloan-Kettering Cancer Center and the Monell Chemical Senses Center. He has received multiple awards, most recently the Babcock-Hart Award from the Institute of Food Technologists. He has authored over 245 publications. 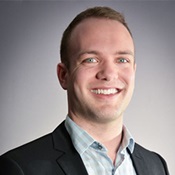 Matt Teegarden, PhD is a food chemist and science communicator, with experience in both industry and academia. Matt is currently the Senior Researcher in the Foods for Health initiative at Ohio State, where he is largely responsible for the development and advancement of scientific operations and communications. Outside of work and IFT involvement, Matt enjoys baking and participating in LGBTQ+ recreational sports leagues around Columbus.

FDA recently announced the winners of its public challenge designed to spur the creation of affordable traceability tools as part of its New Era of Smarter Food Safety efforts.

While investigating the link between consumption of soy products and all-cause mortality, researchers in Japan found that a higher intake of fermented soy products, such as natto and miso, was associated with a lower risk of mortality.

As millions of patients and healthcare workers around the world fight COVID-19, the disease caused by the novel coronavirus, a group of scientists believe one potential treatment for the virus is already found on grocery store shelves: Virgin coconut oil (VCO).

Foods for health are better for the planet April 9, 2020

FDA recently announced the winners of its public challenge designed to spur the creation of affordable traceability tools as part of its New Era of Smarter Food Safety efforts.