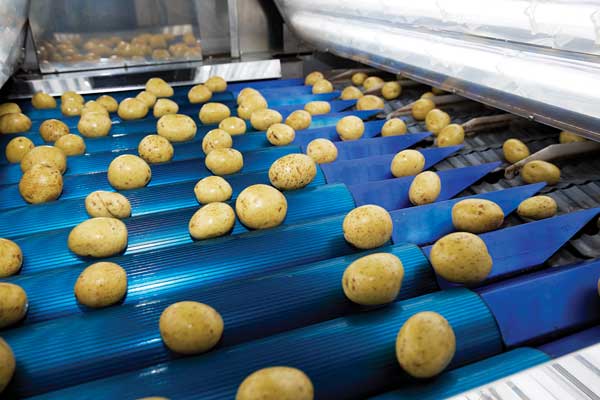 Modified plastic films may inhibit biofilms
Researchers at the Univ. of California, Davis have designed special plastic films that may prevent the formation of biofilms on food processing and food contact surfaces, such as conveyor belts, plastic bins, mats, and lining materials for tanks. The plastic material is a novel rechargeable antimicrobial polymer made of PVA-co-PE (poly vinyl alcohol-co-ethylene) with N-halimines.

The efficacy of the antimicrobial material was evaluated using a combination of fluorescence and scanning electron microscopies and biofilm metabolic activity analyses. The results, which were based on imaging and metabolic activity measurements, demonstrated that the halamine functionalized polymer films significantly reduced L. innocua and E. coli O157:H7 biofilms formation. The polymeric material maintained its antibiofilm activity following repeated cycles of extended exposure to high levels of bacterial load. The films were recharged using bleach and cleaned using mechanical sonication after each cycle of extended incubation with bacteria.

Further information on the antimicrobial films research can be found in a paper “Antibiofilm effect of poly(vinyl alcohol-co-ethylene) (PVA-co-PE) halamine film against Listeria innocua and Escherichia coli O157:H7” recently published in Applied and Environmental Microbiology. 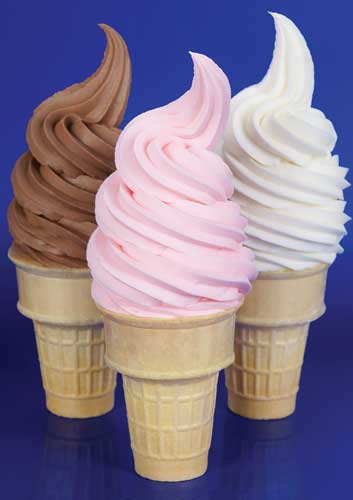 Iron-based structures may benefit ice cream
By examining antifreeze proteins (AFPs) found in nature, researchers at the Dept. of Chemistry and Warwick Medical School at the Univ. of Warwick have developed iron-based synthetic imitations, which have been shown to slow the growth of ice crystals. The researchers believe that these antifreeze properties are a result of the iron complex containing separated regions with water-loving and water-hating characteristics, which mimic the properties observed in AFPs.

“Some of these were found to be very potent at stopping ice growing, a rare property normally only associated with antifreeze proteins,” explained lead researcher professor Matthew Gibson. “The versatile synthetic and adaptable nature of these compounds will let us fine-tune the structure to both understand the ice/water interface and develop new inhibitors for (bio)technological applications.”

AFPs exist naturally in a variety of animals that live in the most extreme environments on earth, such as Artic fish that use AFPs to stop their blood from freezing in sub-zero conditions. The ability to prevent the growth of ice crystals is critical in frozen foods, such as ice cream. Large ice crystals negatively affect the quality and texture of frozen foods. For example, the formation of large ice crystals in ice cream can impart a gritty and grainy texture and mouthfeel.

Further information on the antifreeze protein mimetics can be found in a paper “Antifreeze Protein Mimetic Metallohelices with Potent Ice Recrystallization Inhibition Activity” recently published in the Journal of the American Chemical Society.