Americans eat nearly 50 billion hamburgers every year—or approximately three burgers per person per week—and are expected to consume a record amount of red meat in 2018.

But right alongside this burger love affair is another booming trend: plant-based protein, with 11% of U.S. consumers opting for meat substitutes at least 1-2 times per week. The global meat substitutes market is currently estimated at $4.6 billion, and it's expected to reach $6.4 billion within the next five years.

So where do these two trends meet? The plant-based burger, which has taken on a sort of celebrity in recent years as brands like Impossible Foods and Beyond Meat have introduced beef-like burgers that taste, look, and even "bleed" like meat patties.

The Beyond Burger—a vegan burger that contains no soy or gluten and boasts 20g of protein per patty—is now distributed at more than 5,000 grocery stores across the U.S., where it's typically kept in the store's meat case, right alongside the ground beef. It's also served in restaurants like TGI Fridays and Chicago's Epic Burger.

So, how does the vegan Beyond Burger compare to a traditional beef burger? Some members of the IFT staff set out to find out in a recent taste test:

"The beef one seems greasier."

"I’ve never actually had a veggie burger! This will be my first time."

"I am very surprised at how good this is. I want to know more about these, now! It was delicious."

"I think the plant-based, the texture is a little softer." 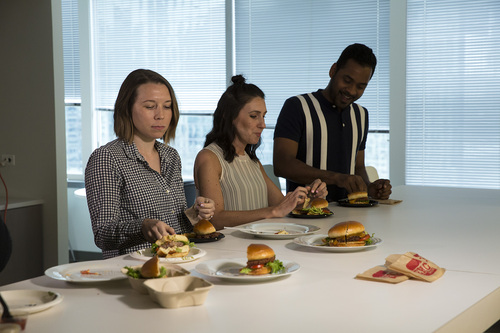 How It Compares to Beef:

"It’s really good, but the meat flavor is still stronger."

"The beef patty is crumblier"

"I think if you didn’t grow up on beef, you probably wouldn’t really recognize the difference." 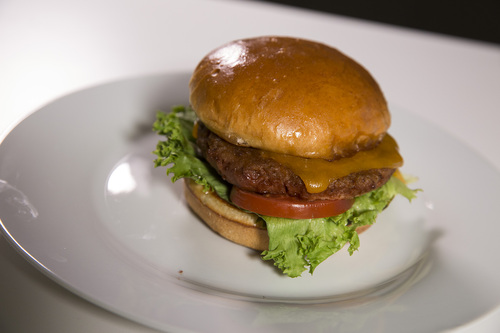 "It does taste a lot better than what I was expecting."

Learn how IFT boosts connections, efficiencies, and inspiration for its members.