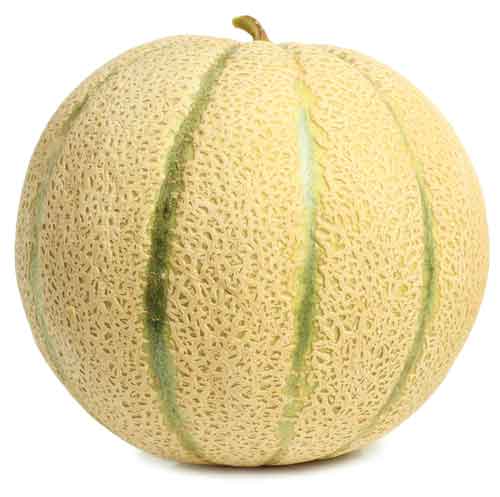 DNA barcodes may help trace foodborne illnesses
Finding the source of a foodborne illness outbreak can be difficult and time-consuming. But that could change thanks to spray-on DNA barcodes from DNATrek. Scientists at the company can create solutions with unique DNA sequences and food-grade additives that can be sprayed onto produce. If this produce was implicated in a foodborne disease, a PCR (polymerase chain reaction) test could analyze the suspected product and identify the grower, packer and/or shipper in about 15–20 minutes. The spray-on technology is said to cost about $1 for treating 1,000 pounds of produce.

The spray-on technology, which has been green-lighted by the FDA as a safe food additive, can use synthetic DNA or DNA extracted from natural sources. The company plans to test the technology in 2015 with growers and producers on several different types of produce.

Reducing sodium in processed meats
Several Dutch meat processors, retailers and independent research firm TOP bv are collaborating to reduce sodium by an average of 35% in processed meat products without harming flavor, texture and shelf life. To achieve this level of salt reduction, the companies are employing vegetable fibers and pascalization technology (high pressure processing). Pascalization destroys spoilage organisms, extends product shelf life, and alters salt perception in the product. In addition, the technology may reduce or eliminate the need for some additives, such as nitrite.

In experiments on sausage, replacing sodium with carrot fiber had virtually no effect on texture. “The results from the tests are promising,” said Wouter de Heij, director, TOP bv. “The challenge was to reduce salt. Now it turns out that it may also be possible to exclude unnatural additives. With this we possibly found the key to salt reduction in which no adverse effects occur in the end product.” The first meat product using the fiber and technology will hit the market in 2015.

Bioplastic applications continue to branch out
A three-year Spanish consortium, working on the PLAPACK project, has announced a new generation of biodegradable, compostable, low migration and high flexibility bioplastics of natural origin suitable for food contact applications. The bioplastics—a modification of polylactic acid (PLA)—can be processed with conventional extrusion and injection molding equipment. It can also be used in multilayer structures.

The material has been applied to food packaging that is resistant to impact, low temperatures and oils and with barrier properties to oxygen and water vapor. The product is also resistant to alcoholic beverages.

Members of the group included Plásticos Erum, Condensia Química, Nanobiomatters, Envaplaster, Papel Plast y Criimpla, and the research centers of AIMPLAS (Plastics Technology Center), Analytical Chemistry, Nutrition and Bromatology Department at the University of Alicante, and the Institute of Polymer Science and Technology of the Spanish National Research Council.

Meanwhile, the VTT Technical Research Center of Finland is developing an affordable and environmentally friendly alternative for EPS (expanded polystyrene) from PLA bioplastic, which is derived from organic sources.

VTT is investigating methods of foaming bioplastics to make beads that are further refined into products, such as insulation sheets, using methods typical of EPS manufacturing processes. The expansion of the bioplastic by foaming is carried out with consideration for the environment, using carbon dioxide. The density and heat insulation properties of the new biomaterial are similar to those of polystyrene. VTT plans to take its development work closer to industrial processing and to proceed from laboratory work to factory testing. Thus, it is now looking for partners from among companies operating in the field.

PLA products similar to polystyrene already exist, but they have a high price. In collaboration with companies operating in the field, VTT will be looking for new and more efficient production methods to enable the manufacturing of affordable products. The researcher is also developing a process for PLA based on extrusion foaming, in order to replace polystyrene in distribution and packaging applications.