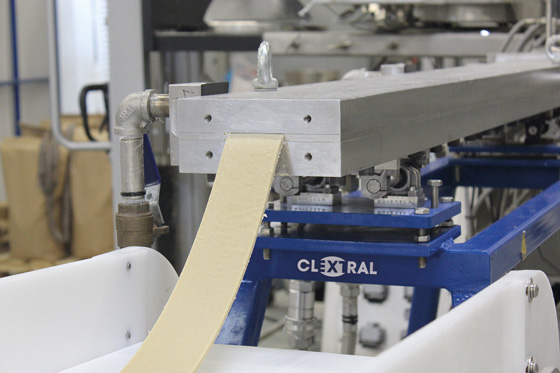 This month’s Processing column continues the theme of “How is it processed?” with a focus on plant-based meat and seafood. A brief overview of the history and market for plant-based meats and seafood will be reviewed. Processing technologies and ingredients used to produce these products will be described.

I wish to thank my co-author, Roberto Avena-Bustillos, research food technologist at the U.S. Department of Agriculture, Agricultural Research Service, for contributing to this column.

As more consumers gravitate toward vegetarian diets and become aware of the overexploitation of natural resources resulting from a rapidly increasing global population, more meat and seafood alternatives made from plant proteins have been developed in recent years.

MarketsandMarkets estimates that the plant-based meat market is currently valued at $12.1 billion and expected to reach a value of $27.9 billion by 2025. Extrusion cooking, shear cell, and other technologies are used to process these products. Extrusion and shear cell processing will be reviewed in this column and examples of commercial plant-based meat and seafood products will be presented.

High-moisture extrusion processing can be used to create plant-based meat and seafood textures. During extrusion, proteins undergo thermal and mechanical stresses by heating of the barrel and shearing of the screws. As a result, protein structure is altered leading to the formation of soluble and/or insoluble aggregates. By attaching a long cooling die to the end of the extruder (as shown in the photograph on this page), proteins can be aligned in the flow direction forming an anisotropic protein network.

Several studies have been able to provide a better understanding of the effect of temperature and/or moisture content on molecular structure and physicochemical and final product properties for soy and pea proteins. Furthermore, thermal as well as mechanical treatment during extrusion processing affect proteins’ molecular structure and product properties during extrusion processing.

Recently, wet texturization has emerged using twin-screw extrusion in a combination of a series of chemical and physical processes (thermomechanical cooking and die fibration) to produce a more fibrous structure and meat-like texture of the resulting products. Appropriate pretreatment allows the use of a larger spectrum of proteins and other ingredients such as starches, fibers, and additives. By employing an additional processing step, the extruded mass is subjected to further treatment using forming units (additional plasticizing devices), where it is chilled, unified, textured, and/or molded into strips, patties, or other forms. High-moisture texturized proteins are usually processed and packaged in wet condition (pouches, cans, or frozen).

High-temperature and shear-induced structure formation of protein mixtures can also be achieved using a high-temperature conical shear cell. Wageningen University developed a larger-scale Couette shear device based on the concentric cylinder rheometer concept. The sample material is placed in the shearing zone space between the two cylinders; this space has a volume of ~7 L and a 30 mm distance between the two cylinders. Both the inner and outer cylinders are heated by means of steam and cooled by means of air and/or water. The advantages of this new technology are the production of larger pieces of fibrous meat analogues with a simple, mild, and cost-effective technology.

The following are examples of plant-based meat and seafood products that can currently be found in the marketplace. This list is not all inclusive.

Beyond Meat produced the world’s first plant-based burger, beef, sausage, and beef crumbles under the brand Beyond using five main ingredients: pea protein isolate, canola and coconut oils, trace minerals, carbohydrates, and water, which is included in the beet juice to simulate the red color of beef.

Soy and wheat-based proteins are used in the Awesome Burger and Incredible Burger from Nestlé and sold in refrigerated and frozen sections at retailers across Europe.

New Wave Foods produces a plant-based shrimp alternative made from seaweed, soy protein, and natural flavors and other natural ingredients that offer briny, lightly savory, and subtly sweet notes that taste like shrimp.

Monde Nissin Corp. is marketing a range of meat-free protein products under the Quorn brand. This brand includes ingredient-type products to cook from scratch like fillets or grounds and ready-to-cook options like nuggets and burgers. Its main ingredient is a mycoprotein, a naturally healthy protein low in saturated fat and calories, high in fiber and protein, and with zero cholesterol.

A wide range of final product characteristics can be achieved by altering process conditions during high-moisture extrusion processing.

Ingredients for Plant-Based Meats and Seafood

Seaweed and Algae. The nutritional density and seafood flavor resemblance of seaweed, algae, and microalgae support their application in seafood analogues. Protein content in seaweed ranges from as low as 3% to as high as 50%, while the protein content of microalgae found in marine and fresh water, is much higher, up to 70%, making them a viable source of protein.

Lenteins. Also known as water lentils, lenteins have an excellent amino acid profile compared with soy protein. Derived from the Lemnoideae plant, lenteins can double in biomass every day. A company called Parabel is currently producing high volumes of these nonallergenic leaf proteins.

Hemp. Hemp protein powders have a nutty flavor, white color, and a smooth mouthfeel with high solubility. Hemp is an eco-friendly, nutrition-rich plant protein whose sustainability and adaptability make it a viable new ingredient option for plant-based meat analogues.

Mycoproteins. Mycoprotein derived from the Fusarium venenatum fungus has been used for several years as a meat substitute. Shitakes and other mushrooms are considered the next generation of plant-based proteins. Mycoprotein is highly digestible and bioavailable and has a meaty flavor with a slight savory umami taste and meat-like texture.