Aletta Schnitzler seems like a central casting choice to help lead the next phase of the food revolution.

The new chief scientific officer of TurtleTree is a world-class expert in cellular bioprocessing who wants to enable the nascent alt-dairy and alt-meat industries to apply their transformational science to commercial products that can make a material difference in human diets and environmental sustainability.

If that seems like an ambitious goal for anyone, consider how close a slew of startups making meat and dairy analogues already have come to commercial thresholds, including TurtleTree’s own cell-based version of the milk protein lactoferrin. Then consider Schnitzler’s gifts as a scientist, crossover talents as a communicator, and steadily burning passion for both improving the food system and making it more environmentally tenable.

“I love the concept of using technology for creating widely accessible food products that were a bit more intelligently designed, using biotechnology,” says Schnitzler, who joined Singapore-based TurtleTree in September and works from her home environs in Boston. “We have come so far that this is now possible; many companies have demonstrated that it’s possible. The challenge is scaling and introducing a cost basis to make these products widely accessible.”

Schnitzler leapt to TurtleTree last fall after serving for 10 years as R&D director of the cultured meat department of MilliporeSigma, a life sciences giant formed in 2015 when Germany’s Merck KGaA made the largest acquisition in the company’s 350-year history: the $17 billion purchase of research chemical supply house Sigma-Aldrich.

At U.S.-based MilliporeSigma, Schnitzler led a team of scientists and engineers in pushing the envelope on cultured meat manufacturing technologies, while also spearheading the company’s overall business and product development. Before that, she had headed the company’s cell therapy bioprocessing, where she engineered cost-effective cell culture media and reagents for use in therapeutic applications.

While Schnitzler was trying to optimize MilliporeSigma’s bioprocesses in the lab, Fengru Lin was establishing TurtleTree Labs in 2019 with a strong focus on commercialization. Lin was an account manager for Google in Singapore and an amateur cheesemaker on the side. About the time she got frustrated in her search for high-quality milk to support her hobby, Lin met Silicon Valley veteran Max Rye at a Google event. Soon they were planning to apply cutting-edge technology not to a new app but to making cell-based milk.

After securing substantial venture funding from the government of Singapore as well as tech investors from around the world, TurtleTree recruited Schnitzler in December to help define and execute an innovation strategy aligned with its plans for growth.

"We’re identifying the factors in milk and making them individually, and we also will have a proprietary blend." 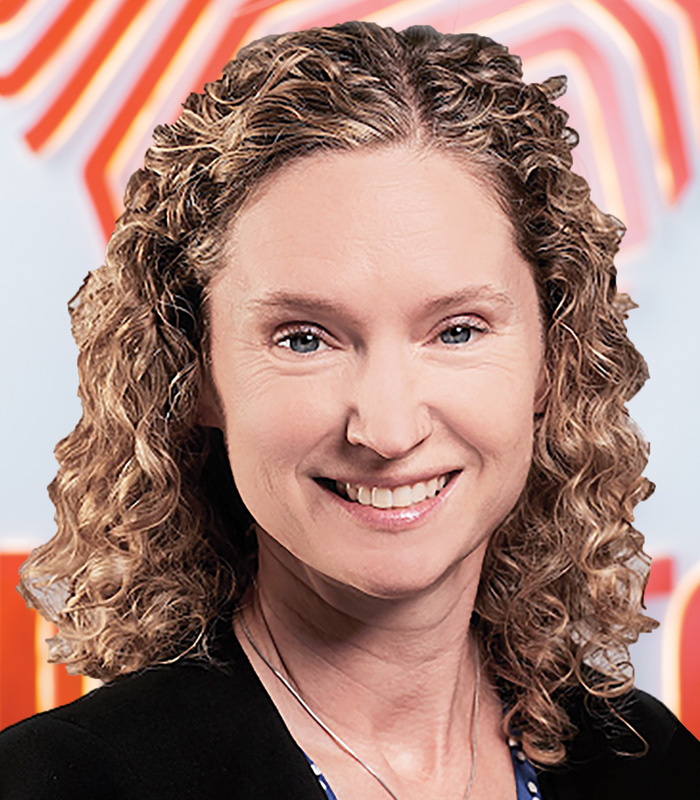 Schnitzler liked the potential for making a broader impact through TurtleTree’s products than she might be able to do by continuing her work in biopharmaceuticals. The company “has a vision and a road map to bring a variety of food alternatives to market,” using precision fermentation in which microbes are reprogrammed to secrete or produce the target products, she explains.

Early attention to TurtleTree has focused on Lin’s stated aim of coming up with a cell-based substitute for human breast milk, a goal that immediately put the company in competition with another startup, Biomilq, which is backed by a venture capital firm with a who’s who roster of bankrollers including Bill Gates, Jeff Bezos, Mark Zuckerberg, and Richard Branson.

But already, Schnitzler is clarifying TurtleTree’s innovation pathway by emphasizing that the company has a broad and commercialization-conscious view of its mission that doesn’t include prioritizing development of a complete replica of human breast milk. For one thing, she says, duplicating breast milk is very complicated.

“Our long-term vision includes cell-based milk, but this is a longer technology development cycle,” she says. “We continue to work on this but also see that we can make a shorter-term impact by bringing bioactives to consumers in a more widely accessible way, in a variety of foods and applications.”

Regardless of the competitive dynamics, there’s plenty of informed skepticism about the goal of replicating human breast milk. “Do we need to have a better alternative for babies to breast milk?” asks Cathy Kapica, CEO of The Awegrin Institute, a public health think tank, and former chief of global nutrition for McDonald’s. “What nature is providing is best. All alternatives are highly processed and have no basis on whether the human body can metabolize these products properly and utilize them for growth.” Another question, Kapica says, is how breast milk alternatives possibly could replicate the microbiome that is crucial to a healthy start for infants.

Schnitzler says TurtleTree currently is focusing on replicating bovine lactoferrin, the main iron-binding protein in milk, both as a potential supplement to existing infant nutrition platforms and for use as a supplement in sports drinks and food products for adults. In fact, it’s eyeing commercialization soon of a product it calls GutLogic, which will include the cell-based lactoferrin.

“It’s a bit of a play on words, suggesting the gut-brain axis and the microbiome,” she says. “We’re identifying the factors in milk and making them individually, and we also will have a proprietary blend.”

Schnitzler’s emphasis on commercialization, she says, is a crucial orientation if TurtleTree is to emerge as a business success in the ever-proliferating field of cell-based companies, in addition to generating scintillating science and technology. This underscores the value to her new company of her long experience with commercialization and scientific discovery at MilliporeSigma.

“As much as we want to do so many things, and there are opportunities, we really need to focus on some things and bring certain products to market first,” she says. “In the future, if we show some success there and have products and generate revenues, that will open opportunities to focus in other areas as well.”

There’s also been a lot of talk about TurtleTree as a potential new entrant into the derby to produce cell-based meat and poultry, but Schnitzler says “it’s not TurtleTree’s primary area of focus. I don’t want to rule it out, because we can be opportunistic with the right technologies and opportunities.”

But in the meantime, Schnitzler is learning plenty from the fledgling alt-meat industry that can help her in leading innovation at TurtleTree. Observing the boom in venture investment in meat-mimicking technology and the early successes of plant-based companies in building brands and buzz, Schnitzler concludes that “there’s definitely a consumer base for alternatives. There’s an appetite for something else.”

Sustainability at the Forefront

The sustainability narrative is driving much of that consumer demand, she says, and TurtleTree must hew to that in its approach to everything from minimizing the invasive nature of taking tissue from live animals for fermentation-based replication to harnessing “green” energy to run the company’s eventual production centers. “For a new approach like ours,” Schnitzler explains, “it doesn’t make sense if we don’t have environmental sustainability in mind.”

At the same time, however, she is detecting another signal from the market in the recent struggles of players such as Beyond Meat. Company leadership and Wall Street have blamed the leveling of its sales on COVID-era supply chain struggles and labor shortages, but there also are indications that American consumers have grown tired of plant-based meat analogues and aren’t making repeat purchases.

“Big food companies are always saying that sustainability is important, and that rings true with consumers, but food has to taste good and be what consumers expect,” Schnitzler says. In ways that eventually will be applicable to TurtleTree as well, she continues, “the question will be whether consumers change their habits in a lasting way. For that to happen, products must be easy to engage with and sustainable, but people have to like them and eat them.”