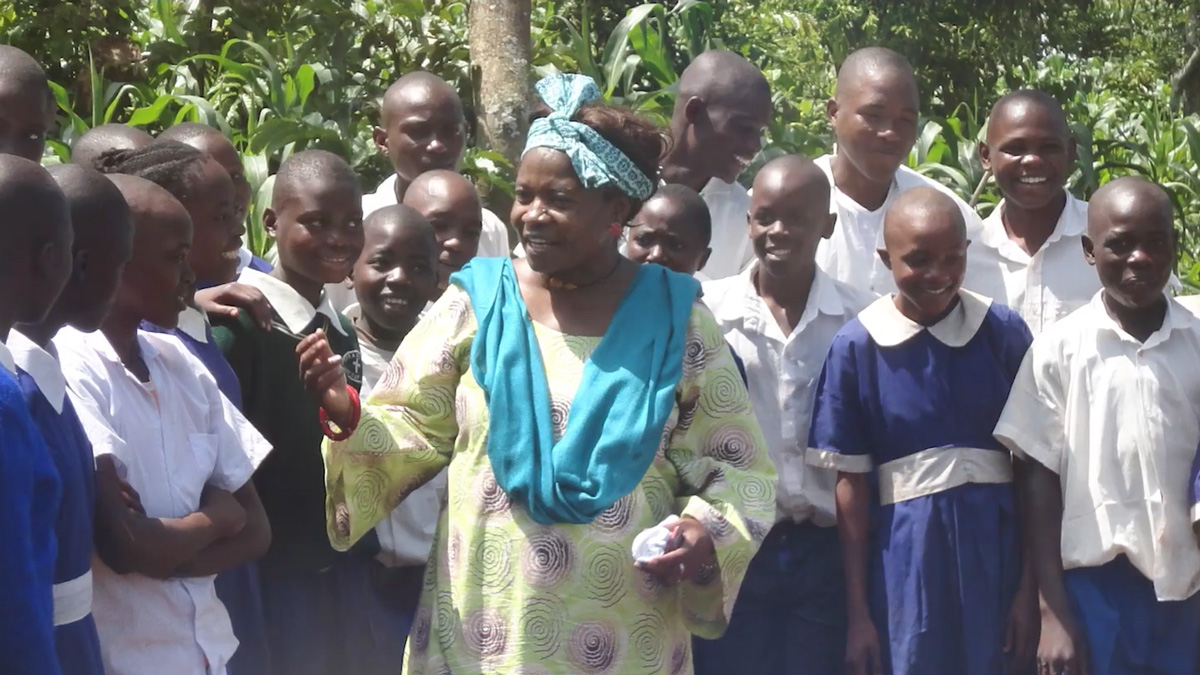 Too often, experts position themselves as, well, experts.

In a FIRST session on local solutions to global challenges on Tuesday, three very humble experts on food, nutrition, and agriculture challenged the audience to flip that thought process and seize the opportunity to learn at the grassroots level from members of indigenous communities.

“I thought I was going to teach, but I became a student,” said Ruth Oniang’o (pictured above), a professor of nutrition and former member of parliament in Kenya, reflecting on her work with smallholder farmers in Africa.

“Often we are in a situation where we bring in experts,” said Scott Drimie, a professor at Stellenbosch University and director of the Southern Africa Food Lab. “We bring in very clever people … to come in and solve problems. Whereas the argument is that when you allow conversations to emerge with very different perspectives, representing a diversity of actors in a food system around a particular issue, some really incredible ideas and relationships can emerge.”

Yasmina Sultanbawa, a professor at the University of Queensland in Australia, who studies underutilized Australian plant species, had a similar perspective. Working with marginalized indigenous communities in Australia, Sultanbawa finds herself “humbled by 65,000 years of knowledge that they have and the sustainable food production that they have.”

It’s critical to get out of the lab and work at the grassroots level, Sultanbawa emphasized. “I think as food scientists, we become very comfortable in our labs. I think we need to get out.

Sultanbawa shared a story about an indigenous Australian fruit, long recognized for its therapeutic properties, which came to be used as a natural food preservative in frozen meals, driving economic value for the local community. “That empowers communities,” she said. “And that’s what it’s all about. … You can see how food science connects, but then you also need to have business knowledge.”

There’s much to be learned from local sustainable food production systems, Sultanbawa emphasized. During the COVID-19 pandemic, for example, she said food supply chains in indigenous Australian communities “did not get affected because they know how to harvest from the wild.”

“It’s all about relationships,” agreed Sultanbawa. Respecting the culture of the local communities and establishing trust is a must. Researchers who work with indigenous communities need to ensure a two-way communication flow.

“You can’t just go there and just collect data and then forget about it,” Sultanbawa said. “Data has to be shared with them. If you do have publications, you have to let them review it and then also invite them to be co-authors. So we have a … stringent process of ethics approval and getting research collaborative agreements to really make sure that we are protecting the traditional knowledge.”

In addition, Drimie noted, when sharing the stories of local communities, it’s important to write them “in the voices of the people themselves … rather than breaking them down into these core nuggets.” Storytelling done well can be a “powerful bridge” into local communities, he said.

Leading meat companies are venturing into the plant-based category via investment in startups and by developing their own new alt-meat products and also via the development of hybrid meat/alt-meat offerings.

The success of the plant-based dairy category suggests what’s possible for alt-meat makers if they can overcome current market challenges.

Strong sales are forecast for companies that keep it healthy, fresh, and affordable as well as convenient.

Culinary adventures, ultra-convenience, and high-performance health are poised to drive purchases in the center store in an uncertain economic climate.

Much-publicized market stumbles are triggering doubts about the potential of this onetime darling of investors, activists, and curious consumers. What’s it going to take to get it back on track?

A blend of market trends and research studies from the food industry.