Another food industry conference has entered our professional consciousness. The Food Evolution Summit, organized by Toronto, Canada–based Next Level Summits (NLS, www.nextlevelsummits.com), was held in California during September. The event, which included small exhibits from food ingredient and packaging suppliers, was dedicated not to food packaging, but rather to a diverse range of topics related to food product development. By grabbing an array of food industry new product development executives and consultants from outside the research and development laboratory area, NLS was able to bring totally different perspectives to the gripping dilemmas facing the industry. 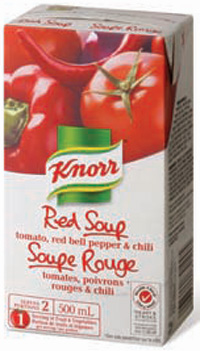 Among the fascinating contributors were a former Cargill Chief Innovation Officer and Business Week Innovation Champion; a former Vice President of Technology and Innovation for Chiquita; the President of Wisdom Natural Brands; General Mills Inc.’s Director of External Innovation; Nestlé’s Chief Learning Officer; Cadbury’s Director of Latin America Product Development; Hershey’s Director of Nutrition; and a Senior Product Development Scientist from Kellogg. Because we deal with food packaging—not food product development—in this column, we leave the strategies and tactics for the latter and focus our efforts on capturing some of the packaging directions that surfaced.

The Tides of Trends and Food
Somewhere in the speaker mix was Suzy Badaracco ([email protected]) of Culinary Tides, who rambled over the spectrum with buzzwords and idioms borrowed from astrophysics (or possibly astrology) to draw the audience into the black hole of the recent chronology of food product development: chaos to represent birth, blips to reflect growth, shadows that haunt us, and trends used for tracking. Among the trends she cited to support her thesis that trends were subject to sudden death were whole grain (less than two years); gluten-free (four years); and super herbs and spices such as turmeric and cayenne to prevent or cure disease, which she characterized as emerging. But this toxicologist/dietician finally found packaging with her ever-moving spotlight and pronounced it a key role player in the landscape of food products. Readers immersed in attempting to apply order and organization into the chaos of food product development might find much to consider in the substance of Suzy’s meanderings.

Food for Space Travel
A highlight of the event was hearing good friend Michele Perchonok ([email protected]) of NASA discuss "The Challenge of Developing a Food System for a Mars Mission." Historically, as some of us recall, feeding astronauts began with Mercury during the early 1960s. At that point, the options included meals in pill form, tubed (baby puree) food, and freeze-dried, compressed cubes—none of which appealed to a living astronaut, one of whom smuggled aboard a corned beef sandwich. Gemini missions of two men were fed engineered foods such as shrimp cocktail and applesauce (not together)—again not overly appetizing.

Apollo (1968–1972) landed men on the moon using intermediate-moisture foods in natural form (raisins) and retort pouches. Skylab (1973–1974), with no resupply, used rehydratable dry foods and precooked frozen foods in addition to the earlier products. The Shuttle/Mir program (1995–1998) required foods from both Russia and the United States—four meals a day and 9-mo shelf life. The International Space Station (supplied by shuttles) uses retort pouches, freeze-dried food in high-barrier structures, intermediate-moisture products, and some food irradiated to commercial stability, all ambient-temperature shelf-stable for 12–18 mo.

Tomorrow’s Packaged Space Foods
The moon (and eventually Mars) missions will require much longer shelf-life (6 mo for lunar outposts and 3–5 years for Mars missions); better quality; and, of course, balanced nutrition. All of this must be achieved while guaranteeing safety—a daunting task. Simultaneously, resources employed, such as package mass, must be minimized. The psychological benefits of food will be important, as well. Highly acceptable food can serve as a familiar element in an unfamiliar and hostile environment, which will be especially critical as space travel mission durations increase. The space exploration missions will target long shelf-life, superb barriers, and even degradable and reusable package structures.

Since Domino’s and the local Chinese restaurant do not (yet) deliver in close or deep space, no resupply is possible, and the entire food supply will be present on lift-off. Internal environmental conditions within the vehicle include reduced atmospheric pressure, perhaps elevated oxygen, reduced gravity, and elevated natural ionizing radiation. Being considered for the supply technologies are, of course, thermo stabilization, microwave sterilization, ultra high pressure processing, micro-oxygen packaging, possibly aseptic packaging of particulate foods, and, obviously, hurdle technologies.

What an amazing web we must weave when first we choose to leave the comfortable confines of our planet, but we are certain that Michele Perchonok and her professional colleagues will prevail.

Aseptic Options for Particulate Products
Tom Shaver ([email protected]) of SIG Combibloc, an exhibitor at the event, provided some fascinating insights into his company’s more-recent aseptic packaging triumphs, which are worthy of highlighting here. Long known as a major competitor of aseptic packaging dominator Tetra Pak, Germany’s Combibloc was differentiated by virtue of beginning with polyethylene/paperboard/polyethylene/aluminum foil/polyethylene knocked-down sleeves rather than Tetra Pak’s roll stock formed in line on a vertical form/fill/seal machine.

Combibloc sleeves are stacked at the input, erected open, and hermetically heat sealed on the bottom to form an open-top carton. Within a pre-sterilized environment, the carton interior is sprayed with hot hydrogen peroxide as the sterilant and blasted with sterile hot air to evaporate the sterilant and remove residual. The sterile carton is filled with pre-sterilized liquid or fluid food and the top is hermetically sealed before exiting the sterile chamber. By multi-laning the machine, output speeds in excess of 100 cartons/min are routinely achieved. Because of the use of pre-formed sleeves, Combibloc was the first to offer a range of sizes and also the ability to apply easy-open plastic closures and reclosures. (To be fair, Tetra Pak now offers a wide range of reclosure features.)

During the height of the aseptic paperboard carton competition in the 1980s and 1990s, Combibloc suffered from the disadvantages of more-expensive input materials due to the cost of pre-forming, as well as a serious question as to residual hydrogen peroxide. Thus, relatively few of their systems were installed in North America.

For decades, retail-size aseptic packaging for low-acid foods was confined largely to liquids and fluids because Tetra Pak systems hermetically heat sealed through the product and because of questions about particulate sterility in continuous heating processes.

Meanwhile, a developmental program to commercially aseptically package low-acid foods that contain finite particulates, such as chunks of potato, continued in the aseptic packaging consortium centered at North Carolina State University (with Tetra Pak among the industry drivers). The culmination came about five years ago when the Food and Drug Administration approved a tightly controlled system involving high-temperature/short-time (HTST) scraped-surface heat exchangers. But technical feasibility was not commercial acceptance, and the successful technical development became an intriguing footnote. The benefits of much lower-heat (HTST) processed and therefore higher-quality food product, lower-cost package structures, and more-sustainable materials were not immediately incorporated into product and marketing mixes.

Combibloc’s system couples whatever wide-mouth filler nozzle and pumping system suits the food product, regardless of viscosity or particulates, with hermetically heat sealing the carton above the product surface. Starting in the late 1980s in Europe, several Combibloc machines were applied for Bestfoods and Nestlé tomato products and, later, Liebig (now Campbell’s) and Knorr soups and sauces, with small (15 mm) particulates taking advantage of the unique mechanics. Regulations in EU countries with far more experience in aseptic packaging were not nearly as cautious as in North America.

Commercial Applications
Baby foods by France’s Blédina and puddings by Ravensberger followed, with the latter adopting two-phase filling to more uniformly distribute the particulates. A higher-speed SIG Combibloc machine was developed for Campbell Soup and Nestlé to use for soups with particulates. The current array of products falling into this category and being commercially aseptically offered includes cooking sauces, pasta sauces, rice pudding, gazpacho, and soups with chunks as large as slices of green beans.

In the United States, Campbell’s has introduced particulate soups not only under its own marquee, but also, more recently, under the V-8 brand. In Canada, where most of the North American soups are aseptically processed and packaged, both Campbell’s and Knorr have introduced particulate-containing, aseptically packaged soups in 500 mL SIG Combibloc cartons. The company offers nine machine models with carton-capacity ranges of 125–2,000 mL. An educated guess would put the number of SIG Combibloc systems operating for particulate-containing fluids such as soups, puddings, and sauces at several dozen, producing upwards of 100 million packages annually and growing.

Now that major food companies have adopted the concept of aseptic packaging of low-acid particulates, we can expect something approaching exponential growth in this country as more—and different—food products are packaged employing these technologies. HTST sterilization of the food followed by aseptic packaging, probably in packages other than brick– and block-shaped cartons, will offer higher-quality delivery systems for both traditional and newer foods.

Without much imagination, we can envision these technologies applied to the task of feeding astronauts on their missions to the moon in the next decade.